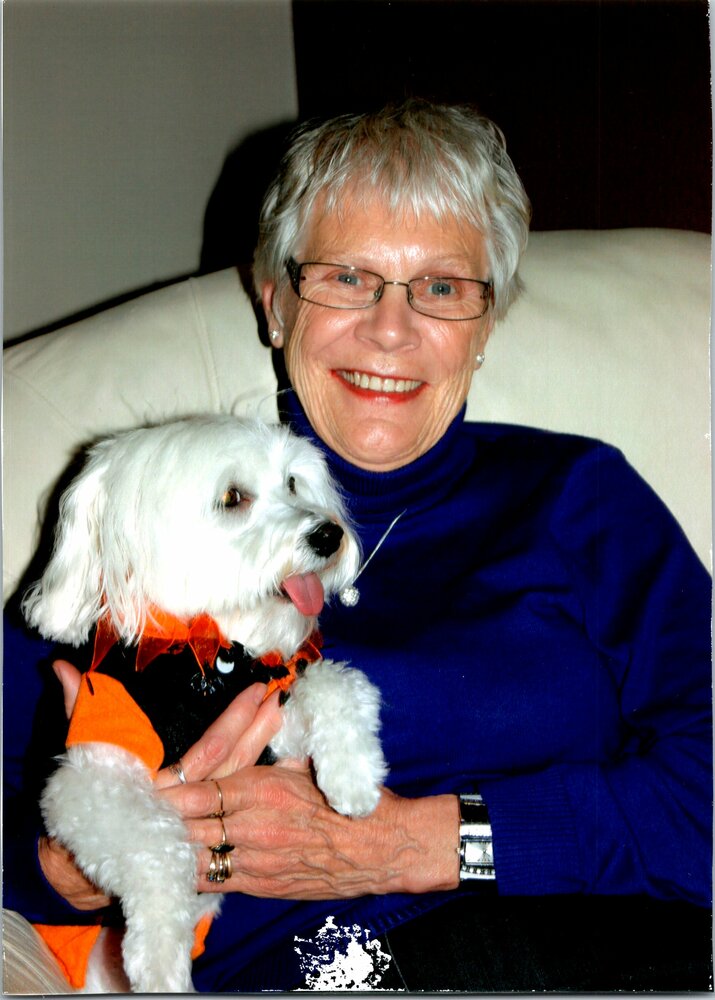 Please share a memory of Shirley to include in a keepsake book for family and friends.
View Tribute Book

it is with immense sadness we announce that Mom went to be with her Heavenly Father on Tuesday February 8, 2022. Shirley passed peacefully and quickly at Swift Current Regional Hospital. Shirley was born March 20, 1940, in Herbert Saskatchewan to Henry L. and Sarah Andres.

She grew up and attended school in Herbert. On October 10, 1959, she married Reginald “Reg” Gering. During their first few years of marriage, they made their home wherever Reg was working at the time, as he followed the work in the “oil patch.”

It wasn’t long before they moved back to Swift Current to settle for good. Here they were blessed with 3 children. Reg worked for the city and farmed while Shirley babysat, sewed, baked, and drove kids to hockey or whatever event they were involved in.

Shirley was an Auntie and Grandma to more children than we can possibly count. Her cookies and open loving arms are heavenly memories for many. Her love for baking will also surely be missed by many, especially the boys at Diamond Energy.

Shirley moved to Valley Ridge Estates in January of 2019, where she acquired another amazing group of friends that she could share her love of baking with. Shirley made friends like no other, and will be sorely missed by her A&W coffee friends and the “Red Hat” ladies.

Her grandchildren, Wayne (Jamie) Gering, Marie (Joe) Koudelka, Tenille Gering (Mike Vlanich), Taylor Gering, and Talysha Palanuik (Ryan). She also considered Susan’s children Aaron, Becky and Jackie and their families as her own. Her great grandchildren Evelyn, Ashley and Lucas, Sonya (Jared Lawson), Ashtin and Savannah and the apple of her eyes Declan and Remi Ann.  As well as her brother Robert Andres, Norma (David) Cannon and Donna (Howard) Biech. And the numerous nieces and nephews those by blood and many more by love.  Shirley is also survived by her best friend Bill Reimer and her beloved puppy Sofie.

Donations may be made to the Kidney Foundation of Canada or the Swift Current SPCA in memory of Shirley. And please share a cookie and a hug with a child or friend today. Mom would love that. Funeral Arrangements are in the care of Parkside Memorial Funeral Home – Ryan Cappelle & Hayden Cappelle.

To watch the livestream of the service click on the following link https://boxcast.tv/view/shirley-gering-funeral-service-457644

To send flowers to the family or plant a tree in memory of Shirley Gering, please visit Tribute Store
Monday
14
February

Share Your Memory of
Shirley
Upload Your Memory View All Memories
Be the first to upload a memory!
Share A Memory
Send Flowers
Plant a Tree