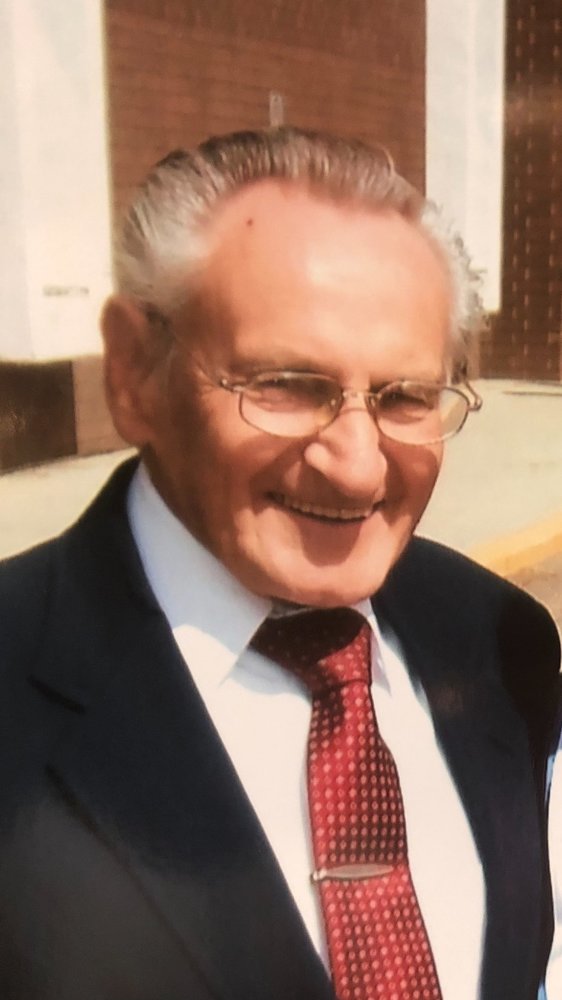 Please share a memory of Clarence to include in a keepsake book for family and friends.
View Tribute Book
Rev. Clarence Jonat passed away on October 27, 2020 in Kelowna, B.C. Clarence was born on January 06, 1931, a third son to grace the home of William and Lizzie Jonat, homesteading near Orcadia, a short distance from Yorkton, Saskatchewan. He is survived by his son Wes (Lorrie) and daughter Patsy (Rob), his second wife Pearl, her daughters Carol (Steve), Karen (Bob), and her son Russ (Debbie). Clarence was affectionately known as Grandpa J to his eleven grandchildren; Jordan (Taylor), Kosi, Tembi, Karis, Lydell (Ann), Nate, Joseph, Carolyn (Cory), Marie (Daniel), Janelle and Josh. Clarence was pre-deceased by his parents, two brothers, Orville in infancy, Virgol in 1999 and Clarence’s wife Kathleen (Wiebe) in 1993. Clarence gave much of his life to Christian service. In 1950 at the age of 19 he was ordained as a minister with the Apostolic Church of Pentecost of Canada. In these years he traveled with his brother Virgol and Virgol’s wife Dorothy throughout western Canada and as far south as the state of Texas. They were known as the Jonat Evangelistic Trio and everywhere they traveled they brought an inspiring message of hope through song and spoken word. They would often rent a tent to host their evangelistic crusades, so prevalent in that era. It was on one such occasion in Surrey, British Colombia that he met and later married his wife, Kathleen. They were married in 1958 and together they pastored several churches in Canada before leaving to do global ministry in South Africa and surrounding countries. Sadly, in 1993, his wife was tragically taken in an automobile accident in South Africa. Clarence would return to southern Africa where he would continue his ministry giving leadership as principal of the bible college in Zimbabwe. These events would open the door for Clarence to rekindle the flame of his first love from his teenage years. Through various circumstances he re-connected with Pearl Kittler. They were married on November 14, 2000 and lived the rest of his life together with Pearl. Clarence enjoyed the blessing of two families that loved and cherished him. Clarence always enjoyed music. He played many instruments; the piano, trumpet, standing bass and accordion. He always had a song on his lips. He also enjoyed fishing. It was a weekly ritual, if not more often, to go to the river. With his fisherman’s almanac handy, many great stories were created from his endeavors. Dad is missed and his passing leaves us with empty places in our homes and hearts. We value the legacy he has left for us but we are truly thankful that he is home with Jesus.
To plant a beautiful memorial tree in memory of Clarence Jonat, please visit our Tree Store

Look inside to read what others have shared
Family and friends are coming together online to create a special keepsake. Every memory left on the online obituary will be automatically included in this book.
View Tribute Book
Services for Clarence Jonat
There are no events scheduled. You can still show your support by planting a tree in memory of Clarence Jonat.
Plant a tree in memory of Clarence

Share Your Memory of
Clarence
Upload Your Memory View All Memories
Be the first to upload a memory!
Share A Memory
Plant a Tree