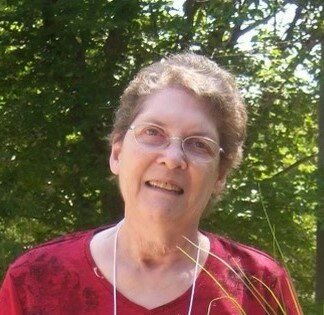 Please share a memory of Janet to include in a keepsake book for family and friends.
View Tribute Book

Janet was born September 3, 1951 in Shaunavon, Saskatchewan.  She completed her schooling in Shaunavon.  In 1968 she enrolled in a Business Course at Alberta College in Edmonton.   Over the years Janet held accounting positions at a variety of companies in Swift Current and Edmonton.

In 2009 Janet contracted H1N1 and was put in a medically induced comma.  She spent over a month in the hospital during recovery.  This took its toll and over the following years, her health became a lot more challenging.

Janet was predeceased by her parents, Leroy and Reta Cowan of Shaunavon, Saskatchewan.

Our hearts are now very heavy, yet at the same time relieved as her pain and struggles are finally over. Janet will be fondly remembered and dearly missed.

To plant a beautiful memorial tree in memory of Janet Musgrave, please visit our Tree Store

Look inside to read what others have shared
Family and friends are coming together online to create a special keepsake. Every memory left on the online obituary will be automatically included in this book.
View Tribute Book
Services for Janet Musgrave
There are no events scheduled. You can still show your support by planting a tree in memory of Janet Musgrave.
Plant a tree in memory of Janet

Share Your Memory of
Janet
Upload Your Memory View All Memories
Be the first to upload a memory!
Share A Memory
Plant a Tree