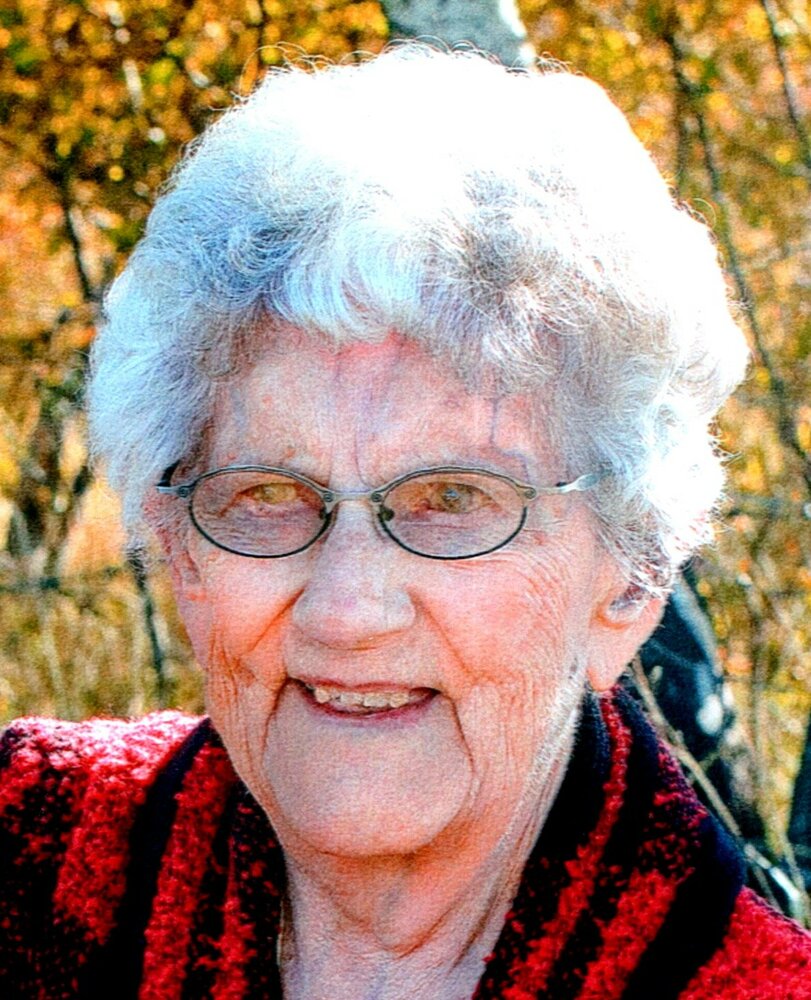 Please share a memory of Alice to include in a keepsake book for family and friends.
View Tribute Book

REINEKE – ALICE with heavy hearts we announce the passing of Alice Emma Reineke on September 14, 2022 at Maple Creek Integrated Health Care Facility with her family at her side.  Alice was born May 13, 1925 to Gust and Christina Fortman at the homestead at the Saskatchewan Landing.

Alice was the youngest daughter in the Fortman family.  Growing up on the farm during the Great Depression there was never a shortage of work and Alice was always willing to help her family.  This value continued on when she started her own family.  Alice was united in marriage to Leonard Reineke in 1953. Alice worked for the City of Swift Current in clerical and accounting roles and helped Leonard on the Reineke family farm in Hodgeville.  She was a member of the Salem Lutheran Church and was on the executive at the Hodgeville Figure Skating Club. She continued to help and support her family in anyway she could, always there to lend a hand or moral support.

Alice was an incredibly talented artist, making beautiful quilts, needle point jewellery, crocheted and knitted items, and creating a wide variety of beautiful crafts that have been seen around the world.  There was not a craft or project around that Alice could not do.   Alice was an excellent homemaker and took pride in her baking endeavours.  She was endlessly proud of her family, always supporting in any way she could, whether attending figure skating carnivals, band concerts, curling events, and basketball games, she was always there with a smile and warm hug.

In Alice’s memory, donations can be made to the Southwest Integrated Health Care Facility, where Alice was treated with compassion and dignity during the last weeks of her life. Funeral arrangements are in care of Parkside Memorial Funeral Home – Ryan Cappelle & Hayden Cappelle.

To send flowers to the family or plant a tree in memory of Alice Reineke, please visit Tribute Store
Saturday
24
September

Share Your Memory of
Alice
Upload Your Memory View All Memories
Be the first to upload a memory!
Share A Memory
Send Flowers
Plant a Tree