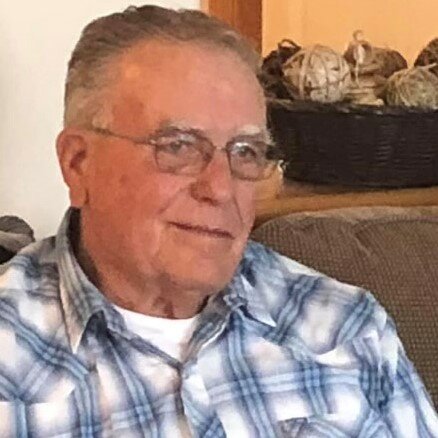 Please share a memory of Marinus to include in a keepsake book for family and friends.
View Tribute Book

He was born in Cabri and raised in the Miry Creek area (he also briefly lived in Foremost, AB and Abbotsford, BC). At the tender age of 15, he left home to work as a farm hand. Though very young, he was tough and determined to succeed in life on his own terms. He worked first for Jim Drummond and later for Gladys (Svenson) Wright, a young widow with five children. Eventually, she became his mother-in-law. Throughout his lifetime, he spoke fondly of his first employers and was extremely grateful for their guidance and kindness.

Mick and Darlene purchased their farm in 1968 and spent their lives farming, raising their children and enjoying their grandchildren.  His love of horses started when he was very young, and he had a deep love for horses throughout his life. He had a horse of his own when he was a kid and he told stories of taking his gun and riding through the Sandhills to hunt. He enjoyed hunting deer, antelope, geese and ducks in his younger years, and, for a time, he worked as a game warden for Fish & Wildlife. Eventually he left this position to focus solely on farming.

For several years, Mick was heavily involved with the Maine Anjou Association, and he travelled with his family showing cattle at many shows and summer fairs, building lifelong friendships throughout the prairie provinces and beyond. It was incredibly fun and a ton of extra effort that had to be shuffled in around other farming duties. Mick and Darlene worked very hard and travelled many miles to make it all happen, leading by example and working alongside their children.

Mick had a keen mind and kept up on current events and world news each and every day. He also had strong opinions, a quick wit and wonderful sense of humour that served him well during tough times and made home life very entertaining.

In their later years, Mick and Darlene continued to do as many things around the farm as they could, lending a hand or running errands wherever possible. They often rode their quads together, checking fence, watering holes and cattle, or simply riding around the farm they had lived on for more than 50 years. There was no other life for them. Like most farmers, they loved to grow and nurture plants and animals, and they especially loved the new calves every spring. The measure of independence that farm life provides was important to them, and together they created a life they never felt they had to escape from.

Mick was especially proud that he was able to work together with his son, carrying on a mixed cattle and grain farming tradition. Comforted that his cattle and land would be well cared for and that his legacy would continue, Mick passed peacefully in his sleep on the eve of what would become his final harvest.

You deserve a rest, Dad. Your work on earth is done.

A private family interment and time of remembrance will be held at a date to be determined.

To plant a beautiful memorial tree in memory of Marinus Bos, please visit our Tree Store

Look inside to read what others have shared
Family and friends are coming together online to create a special keepsake. Every memory left on the online obituary will be automatically included in this book.
View Tribute Book
Services for Marinus Bos
There are no events scheduled. You can still show your support by planting a tree in memory of Marinus Bos.
Plant a tree in memory of Marinus