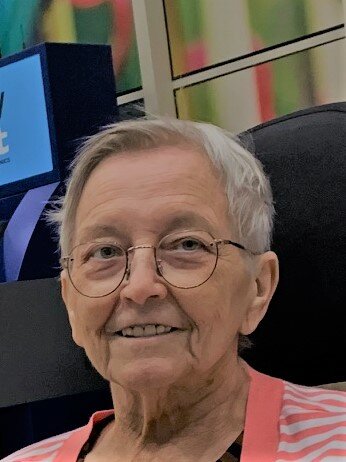 Please share a memory of Sherry to include in a keepsake book for family and friends.
View Tribute Book

BILLARD - Sherry Beverly passed away May 24/22 after a short battle with cancer. Sherry was born in Maple Creek, Saskatchewan on November 25, 1949 to Oscar(Sam) & Gwen (Wilson) Busse. She met the love of her life-Michael Billard in Shaunavon & they were married April 12,1969. They had two sons-Christopher & Lee. Sherry was very involved in whatever their interests were.

Sherry & Michael farmed in the Shaunavon area & set up several successful restaurant/tavern ventures throughout Saskatchewan. They were good partners in business & in life. Sherry was a gifted seamstress & crocheter-designing her own patterns. She has left many treasured momentos with family & friends. Sherry was also a great cook that could whip a meal in no time that was enjoyed by all.

Sherry is Predeceased by her husband Michael Billard, parents Oscar and Gwen Busse, and in-laws Raymond  and Georgette.  Sherry will be dearly missed by her sons, Lee Billard and Christopher Billard and his children Connor, Erin, and Duncan. Her siblings Brenda MacWilliam (Ken), Kim Busse, Wendy Perry (Steve), and her in-laws, Maurice Billard (Sandra) and Jacqueline Lapointe (Joe), and several nieces and nephews, and great nieces and nephews.

At Sherry’s request there will be no formal funeral. Doantions in Sherry’s memory can be made to The Meadows Auxillary for Clover House (491 Curry Crescent, Swift Current SK, S9H4S3). Funeral arrangements are in care of Parkside Memorial Funeral Home – Ryan Cappelle & Hayden Cappelle.

To plant a beautiful memorial tree in memory of Sherry Billard, please visit our Tree Store

Look inside to read what others have shared
Family and friends are coming together online to create a special keepsake. Every memory left on the online obituary will be automatically included in this book.
View Tribute Book
Services for Sherry Billard
There are no events scheduled. You can still show your support by planting a tree in memory of Sherry Billard.
Plant a tree in memory of Sherry

Share Your Memory of
Sherry
Upload Your Memory View All Memories
Be the first to upload a memory!
Share A Memory
Plant a Tree