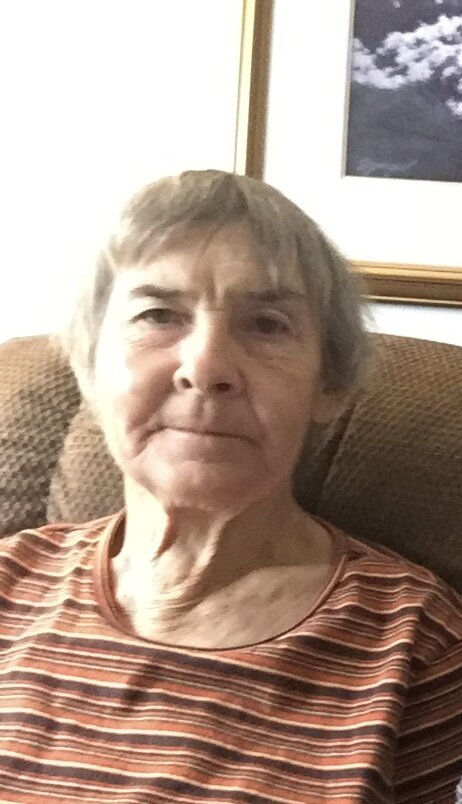 Please share a memory of Ann to include in a keepsake book for family and friends.
View Tribute Book

MATTHEWS – Mary (Ann) went in her words, “to live in eternity”, in her suite in Herbert, SK, during the last hours of May 7, 2022 at Herbert, SK.  After a life of good health, several issues needed attention. A heart attack took her out of cue to deal with them.  Ann was born on August 2, 1951, the first born of 4 children to Wilbur (Webb) and Mary Matthews of Elrose, SK. She was privileged to grow up on a beef and grain farm and attend a small town school. She loved her cats and when we got a golden Collie, Princess, that would become her eternal treasure.  In 1967 the passing of her father was devastating, but she completed her grade 10 year in high school with a honors standing. She left home to Claresholm, AB where she obtained her CNA in nursing and then worked at the health care facility there for a number of years. Perhaps she missed the lifestyle because she returned to Swift Current, where after a short time she met Emil Wutzke who farmed near Herbert, SK.  They became a happy couple until his passing in July of 1999. Besides having cats and a dog again and the fresh air and tranquility, they got away to California and Hawaii for a holiday during their time together. Ann had a life-long interest in the Royal Family so she must have been very excited when her and Emil actually got to see the Royals during their tour in Canada. She had a real appreciation for seeing the sunrise and the sunset, and even while living in town it was a twice daily ritual.  Those that got to know Ann, even a little, soon learned that she had a photographic memory for their birthday, their children’s birthday, and likely a pet that took her fancy. Ann took a keen interest in people’s “story” and would even disarm a waitress by asking a little about her. She enjoyed riding a motorcycle and following a little ride with her brother Mel on his Goldwing just a few days before her passing, was able to brag, “I’ve been riding a motorcycle from 17 – 70”! Being a restless sort, she did a lot of walking and pedal biking over the last number of years. During the winter she was a voracious reader of a large range of non-fiction books. The communities of Morse and Herbert, including the hutterite colonies, were very good to Ann, something that will be warmly remembered by her siblings. Ann was predeceased by her parents and has said farewell to her brothers, Melvin, Thomas (Debbie), sister Ruth (Bernie) Crockett and many nieces and nephews and great-nieces and great-nephews. A memorial service will be held at St. Paul’s Lutheran Church in Herbert, SK on June 2, 2022 at 2:30 p.m. In memory of Ann, donations can be made to the SPCA.  Funeral arrangements are in care of Parkside Memorial Funeral Home – Ryan Cappelle & Hayden Cappelle.

To send flowers to the family or plant a tree in memory of Ann Matthews, please visit Tribute Store
Thursday
2
June

Share Your Memory of
Ann
Upload Your Memory View All Memories
Be the first to upload a memory!
Share A Memory
Send Flowers
Plant a Tree