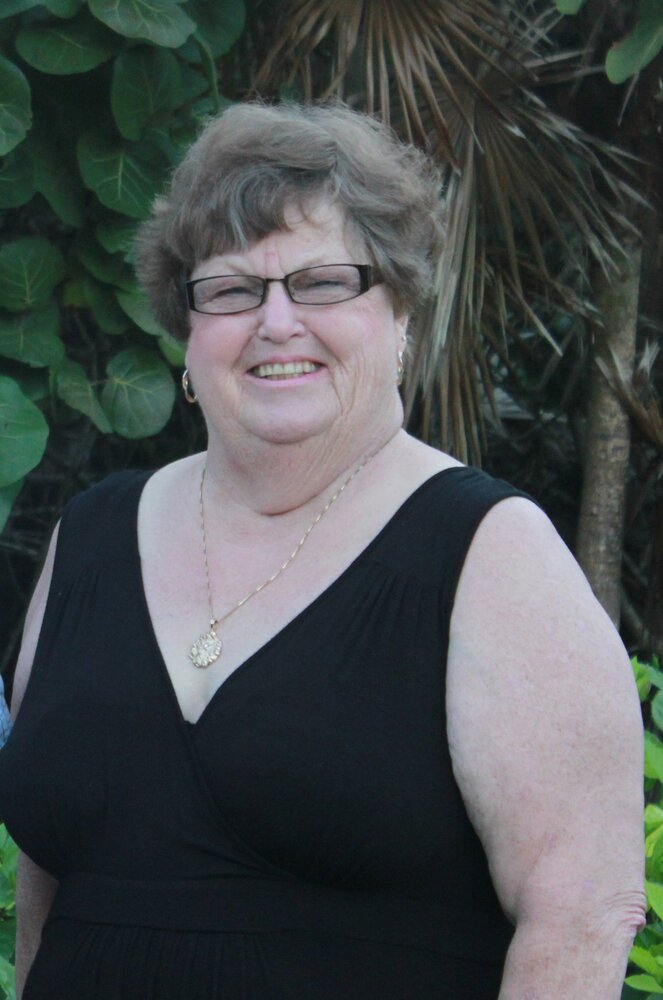 Please share a memory of Yvonne to include in a keepsake book for family and friends.
View Tribute Book

It is with great sadness, the family of Yvonne Hahn announces her passing on May 11,2022 at the age of 72 in Swift Current, Sask. with her family by her side. Yvonne is survived by her son Ryan (Vanessa), granddaughter Clarissa (Darvin) Sister Heather (Ray) and her nieces Katie and Suzy.

Yvonne was predeceased by her husband Ronald and her son Jeffery as well her parents Kenneth and Doreen, and in laws Andrew and Edith.

Yvonne was born in Melville, Sask. on June 18, 1949 to Ken and Doreen Holtby. From here she ended up in Regina to live the city life and start training at Marvel as a hairstylist. It is here that she met Ron and shortly after they were married on June 9, 1972.

In August of 1973 their first son Jefferey Todd was born, unfortunately after a short 2 ½ years he succumbed to a battle with cancer. Their second son Ryan was born in April of 1977. In the spring of 1980 they had decided to buy the Hahn farm and move to Neidpath, Sask. The city girl had to become a farmer’s wife and the transition wasn't an easy task. Soon after moving to the farm she started working in Swift Current, at the Orthodontist office, making the trek to town rain or shine. Sometimes blazing trails for the school bus especially in the winter.  After a few years she decided to go back to hairdressing and started her own cosmetology school. It was called Southwest Academy of Cosmetology, and she became a second mom to many of her students, showing her leadership skills and mentoring them into their first steps as an adult.  A few years later she decided to slow the pace a bit and just run a salon, making many great relationships with her clients that in many cases turned into great friendships. Although this was a great opportunity for her, she was offered a position working with special needs people and jumped at the chance to once again be a mentor. Unfortunately, her health took a turn and she took an early retirement to the farm. Ron and her enjoyed slowing down on the farm, they took their fifth wheel and two dogs Bailey and Molly on many camping excursions. When Ron passed away in June of 2013 she felt being on the farm wasn't the place to be anymore and moved to Swift Current in 2014 with Bailey and Molly. Unfortunately, old age got the best of Bailey, leaving Molly to keep Yvonne company. She had spent much of her time being a social butterfly drinking lots of coffee and enjoying good company with friends. A hole has been left in the lives of many, she will be dearly missed.

The memorial service for Mrs. Yvonne Hahn will be held at Parkside Memorial Funeral Home at 11:00 AM on Friday, May 20th, 2022.

Arrangements in the care of Ryan Cappelle and Hayden Cappelle

To send flowers to the family or plant a tree in memory of Yvonne Hahn, please visit Tribute Store
Friday
20
May

Share Your Memory of
Yvonne
Upload Your Memory View All Memories
Be the first to upload a memory!
Share A Memory
Send Flowers
Plant a Tree