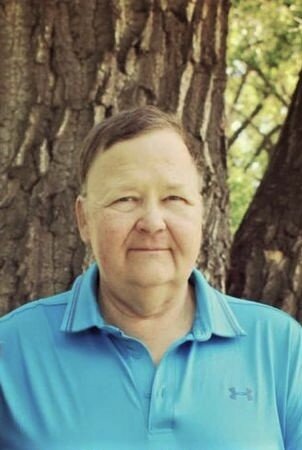 Please share a memory of Murray to include in a keepsake book for family and friends.
View Tribute Book

MOEN – Murray was born in Swift Current, SK on July 21, 1957 to Francis and Aldin Moen.  Murray was the oldest of 4 children, and they grew up on the family farm in Stewart Valley area.  He attended school in Stewart Valley till grade 9, and completed his high school in Swift Current, SK.  When not attending school, Murray was busy helping with farming and looking after livestock. This love of farming and livestock stayed with him throughout his entire life.  Murray also enjoyed hunting, fishing and in his later years, golfing.

In 1979 Murray married Laurie Quennell and they lived in Swift Current with their 2 sons Scott and Raymond until they moved to the farm in 1983.  In 1981 Murray started working part time as a livestock inspector and enjoyed travelling to the ranches in his zone and has met many farmers and ranchers over the years.  After over 25 years working as a livestock inspector, Murray went on disability due to ongoing health issues.  He sold his cattle and rented out the farm land and the pasture.  Murray had a very special bond with his cousins, Darcy Moen and Brant Moen and they spent many hours together around the table drinking coffee and discussing farming and ranching and definitely politics and weather! Murray’s greatest joy was his grandchildren, Aleaha, Tydon and Reyna.  In 2014, when Raymond and Melinda moved their family into the house in the same yard his world was complete.  He could see and spoil the grandkids every day!

Murray was predeceased by his son, Scott in 2013 and his father Aldin Moen in 1996.  At Murray’s request, he did not want a funeral.  There will be a graveside service at a later date where he will be buried at the Bethel Prairie Cemetery close to his son and father in Jun 18, 2022.  Memorial donations may be made to the Diabetes Foundation or to the CNIB.  Arrangements are in care of Parkside Memorial Funeral Home – Ryan Cappelle & Hayden Cappelle.

To plant a beautiful memorial tree in memory of Murray Moen, please visit our Tree Store

Look inside to read what others have shared
Family and friends are coming together online to create a special keepsake. Every memory left on the online obituary will be automatically included in this book.
View Tribute Book
Services for Murray Moen
There are no events scheduled. You can still show your support by planting a tree in memory of Murray Moen.
Plant a tree in memory of Murray

Share Your Memory of
Murray
Upload Your Memory View All Memories
Be the first to upload a memory!
Share A Memory
Plant a Tree