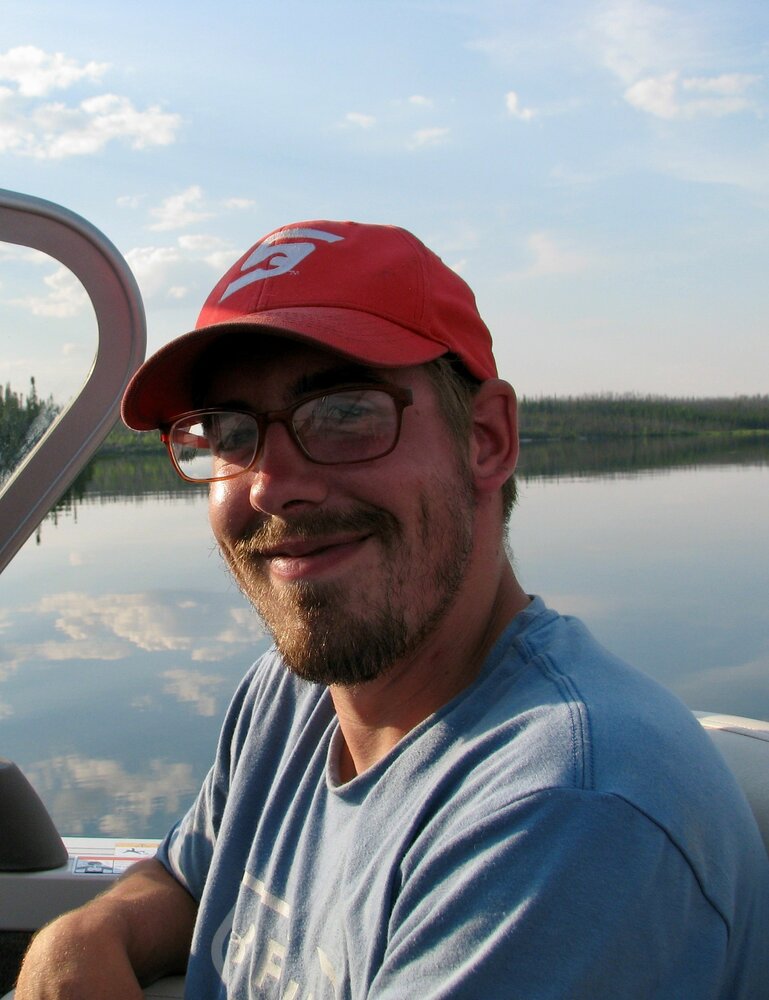 Please share a memory of Nic to include in a keepsake book for family and friends.
View Tribute Book

It is with broken hearts that we announce the passing of Nicholas Riley Ens on March 11, 2022 in Saskatoon, SK

He was predeceased by his grandparents; John and Nelly Eering, Corney and Helen Ens, Uncle; Ronald Ens, special cousin Jeffrey Snyder and his Good Boy Thunder.

Nic loved the great outdoors, no matter the season. He was happiest when fishing, hunting, hiking, or just enjoying the tranquility of his lodge with his trusty companion Thunder. He was a hard worker and loved to create and build things with his hands.

Nic’s passion was fishing and his life dream was to own a fishing lodge, which he fulfilled in 2018 when he purchased his lodge on Reindeer Lake.  It was his own slice of paradise on earth, which brought him countless adventures and helped create new and lasting friendships.

Nic made friends everywhere he went and much of his time was spent helping and laughing with his many friends.  He lit up the room with his personality and antics.  He was a jokester until the end.

He will be greatly missed by all who were blessed to know him.

A memorial service for Nic Ens will be held at 2:00 p.m. Saturday, March 26, 2022 at Parkside Memorial Chapel in Swift Current, Saskatchewan.

Click on the link to watch the livestreaming of the service https://boxcast.tv/view/nic-ens-funeral-service-llwapnosjtqlpqhkxqjc

To send flowers to the family or plant a tree in memory of Nic Ens, please visit Tribute Store
Saturday
26
March