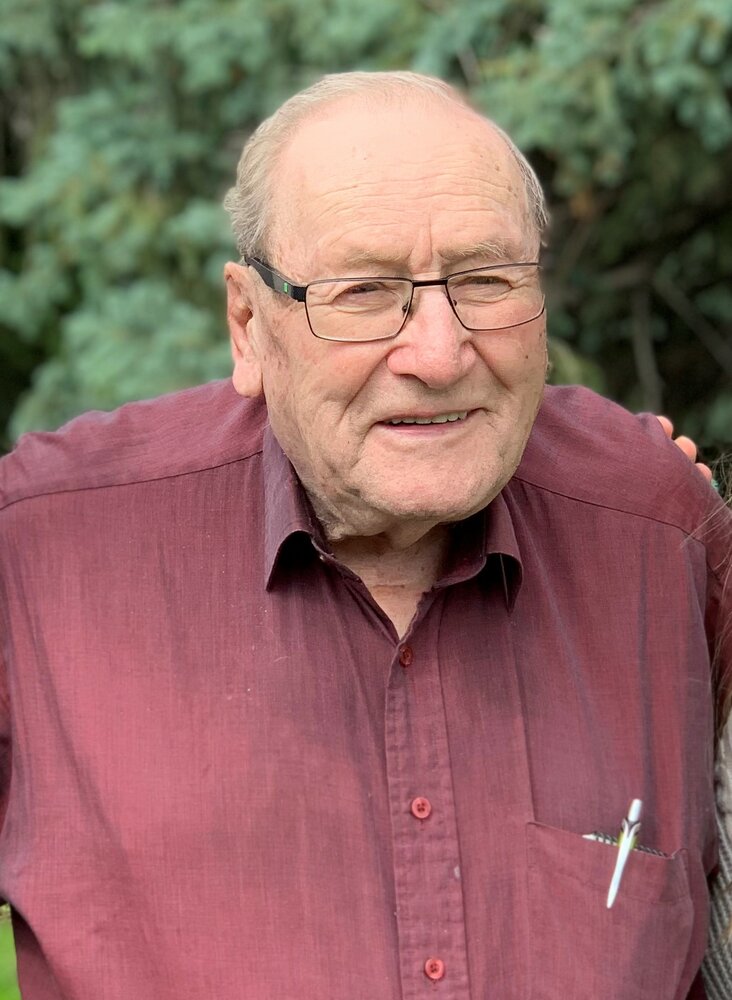 Please share a memory of Al to include in a keepsake book for family and friends.
View Tribute Book

Al Meyers, 90, passed away on Wednesday, February 23rd, 2022 at the Swift Current Union Hospital with his loving family by his side.  He was the beloved husband of Karen Meyers.  They shared 55 years of marriage together before Karen's passing in 2016.  Born in Minton, Saskatchewan on January 21st, 1932, Al was the son of Fred and Anna Meyers. He was one of ten children and is survived by his siblings Tony Lewis, Frieda LaRose, Lil Christian, Richard (Dorothy) Meyers, Rose Marie (Peter) Walter, and Lorrie (David) McCutcheon. He married Karen Meyers in 1961 and soon after started his own oilfield maintenance business.  Al's fondest memories were of the many happy times he spent with his family and friends in the church and community.  Al will be remembered for his sense of humour, generosity to the less fortunate, his quiet faith, and his love for his family.  Al is survived by his children Shawntel, Miles (Diana Holle-Meyers), Tom, Janelle (Scott Francis) and his grandchildren Alex, Christopher and Laurissa.

Click on the link to watch livestreaming of the service https://boxcast.tv/view/al-meyers-funeral-684591

To send flowers to the family or plant a tree in memory of Al Meyers, please visit Tribute Store
Tuesday
1
March

Share Your Memory of
Al
Upload Your Memory View All Memories
Be the first to upload a memory!
Share A Memory
Send Flowers
Plant a Tree