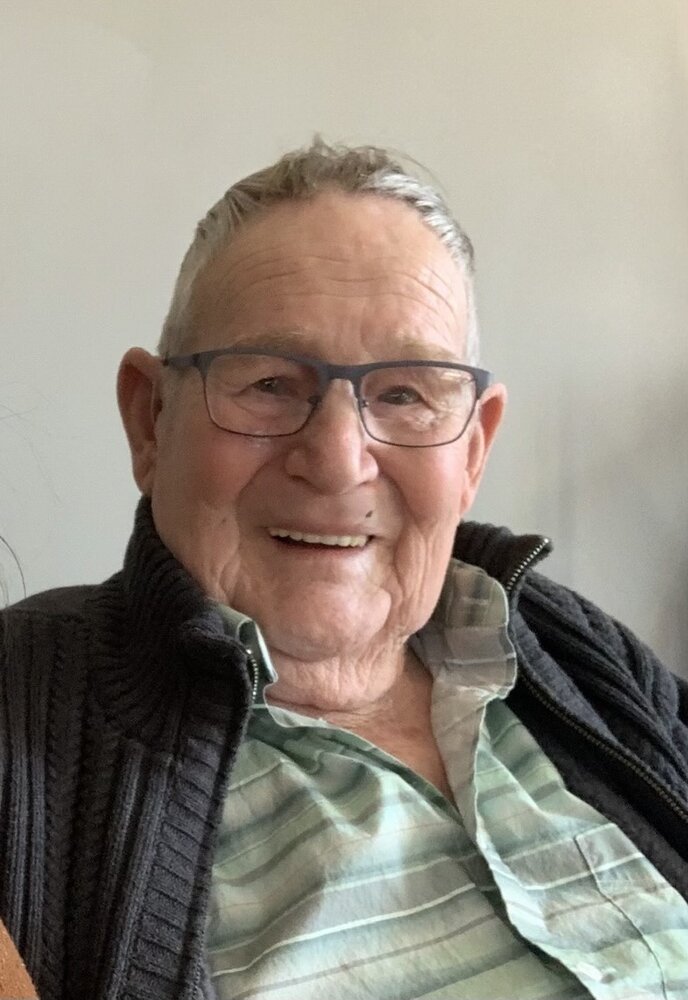 Please share a memory of Richard to include in a keepsake book for family and friends.
View Tribute Book

RICHARD ARCHIE POLLOCK, aged 94, passed away peacefully on December 1, 2021, at the Meadows Care Home in Swift Current, Saskatchewan. Dick was born March 31st, 1927, at the farm north of Abbey to Emerson and Nellie.

Dick had 7 siblings and attended Maple Dale School and completed grade 12 at Abbey School. After graduation he ventured out to BC with good friends Robert and Ian, working at a sawmill. Then, he decided to join the Navy and participated in the Korean Conflict. After five years of service, he returned to his roots and fulfilled his farming career, which he enjoyed thoroughly. In 1963 he married Judith Jones and together they raised four daughters.

He always looked forward to time with family and friends and especially enjoyed time spent with his grandchildren and great-grandchildren. Dick was a member of the Royal Canadian Legion, Oddfellows, Councillor for the Village of Abbey, along with many other community and civic projects. He enjoyed reading and staying on top of current events, playing cards, researching family history, as well as gardening and yardwork. He took particular pride in his many, many trees. . . Especially his fruit trees.

A funeral service was held on Saturday, December 4, 2021 at 3:00 p.m. at Parkside Memorial Funeral Home officiated by Sandra Watson. The eulogy was given by Kody Shiels. Pallbearers were: Skyler Dillman, Oliver Stokes, Alexander Sletten, Devon Sletten, Tanner Stokes and Kurt Shiels. The ushers were Kody Shiels adn Kara Shiels. A Legion tribute was given by the Royal Canadian Legion Abbey Branch with Bruce Walker Sargeant at Arms. Special music by Paulette Hadden, David Hagel and Cindy Halvorson.  A Legion Honour Guard stood at attention during the recessional Bagpipes played by Nicole Rewarts. The interment took place at Abbey Cemetery on Sunday, December 5, 2021. Donations in memory of Richard can be made to the Royal Canadian Legion Branch #222 Box 81 Abbey, SK. S0N 0A0. Funeral arrangements are in care of Parkside Memorial Funeral Home, we thank Ryan Cappelle & Hayden Cappelle for looking after us so well.

Watch the funeral service live by clicking the link  https://boxcast.tv/view/richard-pollock-funeral-service-440574

To send flowers to the family or plant a tree in memory of Richard Pollock, please visit Tribute Store
Saturday
4
December