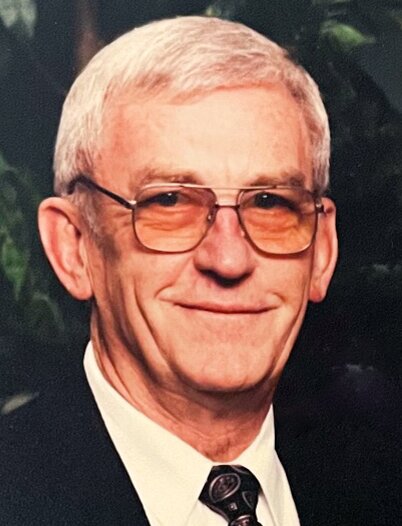 The family of Donald Sommerfeld is sad to announce his passing away on Friday, November 12 at Cypress Regional Hospital, Swift Current with his wife of 68 years, Marie, at his side.  Donald was born to Peter P Sommerfeld and Mary (Marquard) Sommerfeld in Wymark, Saskatchewan on May 25, 1929.  Donald grew up on the family farm north and east of Wymark, the second youngest in a family of five.  He shared many stories of fun, adventure, hard work and family relationships from those years.

Donald met the woman who was to become his wife when Marie Friesen came to Wymark as the Grades 5-8 teacher in 1951.  Donald and Marie were married on August 2, 1953, and welcomed their baby daughter, Gayle Brenda, one year later.  They buried an infant daughter, Wenda, the following year and welcomed their son, Terrence Donald to complete their family the year after that.

Donald started his working life on the farm at a young age, helping with chores and the livestock.  He farmed with his father and brothers, working off the farm as a carpenter in the winters.  Donald enjoyed working at the Farm Center of the Pioneer Co-op, and also worked for Ham Motors and JD Farm Equipment.  In 1982, along with his partners Al Siemens and John Penner, they started Parkside Memorial Funeral Home.  An avid community member, Donald joined Kiwanis, serving a term as president and playing violin with the Kiwanis Kords.  He also served as a director of the Pioneer Credit Union and was a member of the Barbershop Quartet, Swift Current Chapter.

Donations in memory of Donald may be made to “The Night Watchman” radio broadcast of CKSW.  A private family celebration of a life well-lived will be held at Parkside Memorial Funeral home on Sunday, November 21, 2021.

To plant a beautiful memorial tree in memory of Donald Sommerfeld, please visit our Tree Store

Look inside to read what others have shared
Family and friends are coming together online to create a special keepsake. Every memory left on the online obituary will be automatically included in this book.
View Tribute Book
Services for Donald Sommerfeld
There are no events scheduled. You can still show your support by planting a tree in memory of Donald Sommerfeld.
Plant a tree in memory of Donald