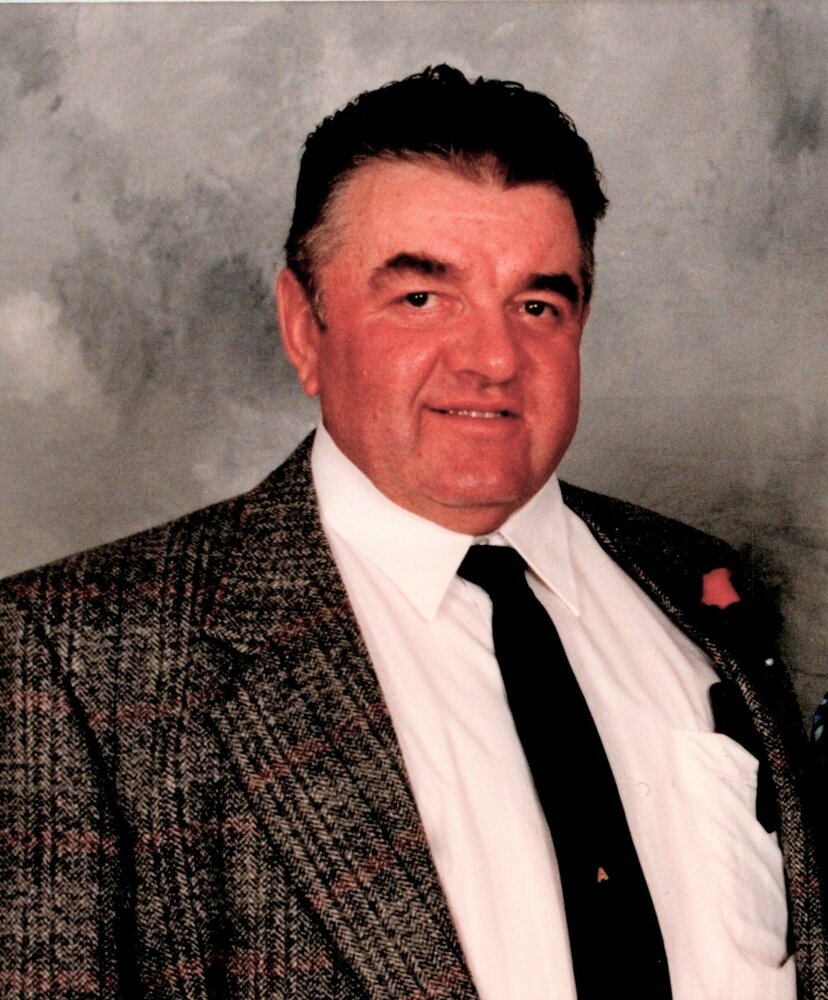 Please share a memory of Arthur to include in a keepsake book for family and friends.
View Tribute Book

Arthur Irwin Kern, age 91, took his last breath on earth on November 7th at the Meadows in Swift Current, before going to his home in Heaven.

Dad grew up in the dirty 30’s when times were tough, work was hard, and money was scarce; but there was always time for some creative fun on the farm with his brothers and sister after long days of work.  Dad attended Salt Lake School, and that is where he met the love of his life, Ruth Heidebrecht. They married on June 26, 1954, and began building their lives together, starting with a simple small home on the farm at Rush Lake. Dad had started a dairy business and when they were married Mom worked right alongside him.  They were always a terrific team together. The dairy business grew and expanded to the point of needing hired men, especially once more children came along, requiring Mom’s attention.

It was hard work supplying feed for the cows, milking twice a day and carrying heavy cans of milk for delivery to the Coop Creamery in Swift Current.  It was a very busy place raising a family and running the dairy. Dad was not afraid to try new things and he was the first in the area to incorporate a pipeline milking system that made life a lot easier. Dad diversified and expanded into some grain land in the Stewart Valley area.

In 1969 they sold the dairy and made the move to the new community to start a new venture. They had to leave many good friends and memories, but they kept their ties with them while forging ahead and building something new. In Stewart Valley Dad turned from dairy to beef farming and got bigger into grain farming, buying a few quarters in the area. A few years later Dad also started the hog operation at the farm including a professional butcher shop. Dad did a lot of butchering to keep us all fed and he even sold some of his famous sausage at the farmer’s market. After years of working alongside him, Dad eventually turned the reigns for the hog operation over to Dean.  Dad was kept very busy all year and spent a lot of time out in the fields and on the farmyard. He had a classic farmers tan and often came in from the field covered in dirt. He built many things on the farm; corrals, sheds, barns, fences, quonsets, and planted many trees. He also loved fabricating things and fixing machinery in his shop. He was happy when he could get us working with him to do projects and he taught us a lot about hard work, perseverance, and doing a complete job.

Besides growing crops in the field, Dad grew lots of trees and shrubs to shelter and beautify their home. He and Mom did lots of landscaping when they built two farmyards from scratch. He liked keeping us children involved in the weeding and watering of the trees and other yard and garden work. His love of growing things has been passed on to his children, especially to Ivan, Travis, and Holly.

Dad also was happy to take us on trips and yearly vacations to various places including a memorable trip to Disneyland; but many holiday destinations were in BC, where we would marvel at the beauty of the mountains for awhile before being enlisted to pick fruit to bring back home for canning. We did have fun in the hot springs and swimming with mom and dad while camping with our tent trailer. Mom and dad did upgrade to a mini motorhome later and took some of us on an epic trip to Vancouver Island. Later in life Dad and Mom got a chance to go on some vacations on their own to some warm U.S. destinations such as Las Vegas, Palm Springs and some bus trips to Branson and South Dakota.

Dad had a good sense of humour, and he loved to tease and play practical jokes on family and friends. Dad loved to see his grandchildren and great grandchildren and watch them grow and learn. Dad enjoyed family gatherings and looked forward to special occasions like Christmas when we would all gather around for a big feast and play games or go tobogganing.

After many years of teamwork, they turned the farming over to Dean and Dale and moved into town to retire and relax; but Dad still loved going to the farm to help. Dad and Mom had a few years together in their home but soon mom had to go to a retirement home when her health failed. Dad faithfully visited her when he could and took good care of her. When mom passed, Dad missed her dearly and longed for the time to be with her again. Dad passed away 66 years to the day after the birth of their first child Lyla, when their parenting purpose in this life began in earnest. We will miss Dad, but we are happy for the time we had with him and for his trust in Jesus to save him and have a place in Heaven for him. We believe he is happily with mom now waiting for us to catch up.

To send flowers to the family or plant a tree in memory of Arthur Kern, please visit Tribute Store
Friday
12
November