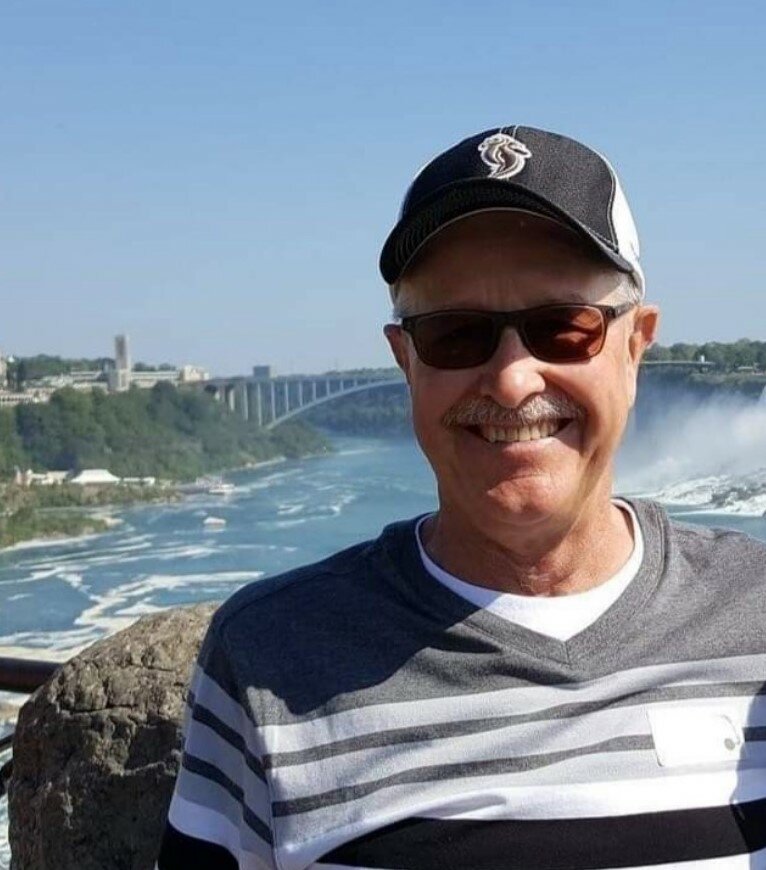 Please share a memory of Dennis to include in a keepsake book for family and friends.
View Tribute Book

With heavy hearts we announce the passing of Dennis Olfert, age 74, on Tuesday November 2, 2021 at the Cypress Regional Hospital. An Informal Come & Go Memorial Luncheon will be held at the Eagles Hall on Friday November 5, 2021 at 2pm.

Dennis is survived by his wife of 50 years, Jean; children Michael (Carley) Olfert of Swift Current and Michelle (Mark) May of Medicine Hat; grandchildren Brandyn Lemieux, Kadyn & Callyn Olfert, Faith & Morgan May; sisters Dianne (Murray) Trytten of Swift Current and Joanne (Joe) Kirwan of Melville; brother in law David (Linda) Peters and sister in law Gen Peters of Swift Current; as well as numerous nieces and nephews and their families. Dennis was predeceased by his parents, Frank & Marie Olfert; his father & mother in law William & Mary Peters; and his brother in law Ron Peters.

Dennis was born on June 17, 1947 to Frank & Marie Olfert in Swift Current, Saskatchewan. He was the middle child in between two sisters. Dennis often told stories of the pets he had growing up including the talking magpie.  When Dennis was in high school he worked at Ford Company cleaning cars while dreaming of being a mechanic. He changed his mind about being a mechanic and went to work for Dowe Oil. Dennis & Jean got married in Swift Current on September 4, 1971.  Dennis wanted to be closer to home so he began working at Coop Plumbing & Heating. In 1981 a dream came true and Dennis & Jean bought Len’s Plumbing & Heating along with Neil & Bonnie Martens, Glen & Bev Arneson, and Lawrence & Lillian Feil. They owned Len’s until 2006 when they sold the business but Dennis continued to work there until 2014. Owning Len’s was something Dennis was very proud of.

Dennis loved spending time with family and friends including camping, golfing and travelling. Dennis & Jean spent many summers at the Saskatchewan Landing eventually having a permanent site at the golf course. The Landing was Dennis’ getaway spot where he could relax and enjoy his time with family always starting the weekends off with a wiener roast on Friday evenings. Dennis was on the committee that developed the Saskatchewan Landing Golf Course and enjoyed many rounds there.  Dennis & Jean enjoyed many trips but his favorite was to the Maritimes in September 2019. Dennis loved sports—he played badminton, basketball, football, golf and enjoyed curling. He was a loyal season ticket holder for the Swift Current Broncos since their return in 1986. He enjoyed watching his grandson, Kadyn, play hockey. Dennis loved teasing his granddaughters Callyn and Morgan, always looking for a smile or a laugh.

The family would like to thank the staff at the Allan Blair Cancer Agency, Royal University Hospital Neurology Unit and the Cypress Regional Hospital Emergency Department and Med/Surg for their kind and compassionate care. In lieu of flowers, please donate to the charity of your choice.

To send flowers to the family or plant a tree in memory of Dennis Olfert, please visit Tribute Store
Friday
5
November