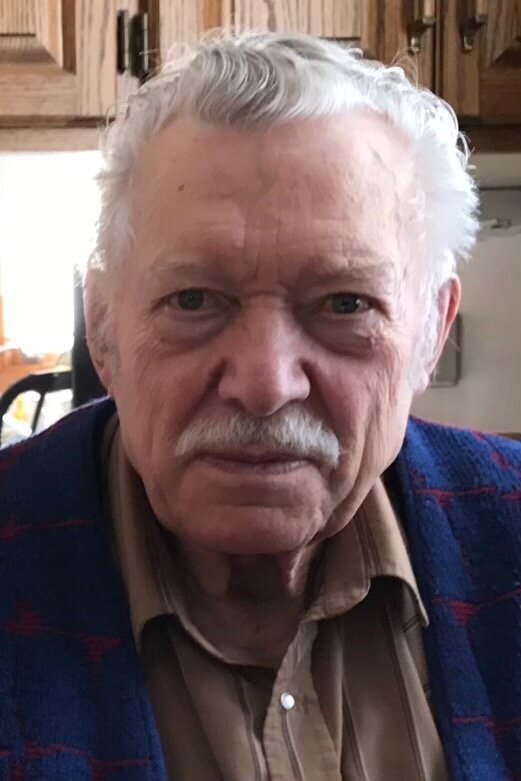 Willie G. Ens, better known as Bill, went to be with his Lord and Saviour on October 15/21, while residing at the Meadows. Dad was born on the family farm near Waldheim, Sk. on Sept. 18, 1926, to parents Jacob and Helena (nee Fast) Ens. His early education was taken at Danzig School. He left school after grade 8 to help on the family farm. Dad also worked for local farmers, followed a threshing crew out to Ontario and worked at a sawmill B.C. In 1949 Dad came to Swift Current to attend the Swift Current Bible School. There he met Mom and on April 14, 1951, and later got married. They spent a short time in Regina before returning to Swift Current.  Dad worked at various jobs but in 1959 he and mom purchased the general store in Burnham and moved there with the oldest 5 children. Once the roads were improved into the city, business slowed down and dad decided to buy Terminal Taxi. Now with 7 children, they moved back to Swift Current in 1966. In 1969 Dad took a contracted position with the Leader Post to deliver newspapers to S.W. Sask. In one day, he would drive 587 km starting in S.C. and stopping in Cadillac, Bracken, Consul and Eastend just to name a few. It was on one of these trips in 1976, that dad had a serious accident and was no longer able to work. At that time, we were living in Blumenhof, Sk. In 1988 mom and dad sold the acreage and ‘retired’ to Swift Current. Dad became a member the original Alliance Church in 1957. He loved animals and reading local history books. His favorite pastime was going for coffee and visiting with people. He had a keen sense of humour. He found joy in people’s history, remembering where they were from and who they were related to. Dad is survived by his wife of 70 years, Mary (nee Letkeman) Ens; children Harland Ens (daughter Katrina Moir); Hildor and Lauretta Ens (daughters Charity and Dwayne Butchino & family, Amanda Schamber & family); Dawn Ens (children Jonas Ens, Tamara and Rue Kandathil & family); Denise and Bob Adrian (children Shawna and Allan Rainville & family, Laurisa Adrian and Ryan Ingosi & family, Aron Adrian and Allison Carroll); Tyler Ens; Rhonda and Dale Gerl (children McCoy and Lexie Gerl & family, Lukus Gerl, Tavin and Justin Smith & family) and eldest granddaughter Jazmyn and Troy Derdall & family; his brothers Orval Ens and Emery and Mary Ens and sisters Amy Lowan and Mavis Ens plus sisters-in-law Ann Ens and Annis and Milo Grieg plus nieces and nephews.  Dad was predeceased by his parents and mom’s parents, his eldest daughter Delia Ens and an infant great grandson, his brothers Edwin and Dennis Ens and sister Ruby Adrian plus 7 sisters-in-law, 5 brothers-in-law and 3 nieces.  There will be a funeral service on Oct. 23/21 at Parkside Memorial Funeral Home. The family is grateful for the excellent care he received at the Meadows House #7. In lieu of flowers donations can be made to the Gideons.

TO WATCH THE FUNERAL SERVICE: Click on the following link https://boxcast.tv/view/willie-g-bill-ens-funeral-service-119628

To send flowers to the family or plant a tree in memory of Bill Ens, please visit Tribute Store
Saturday
23
October