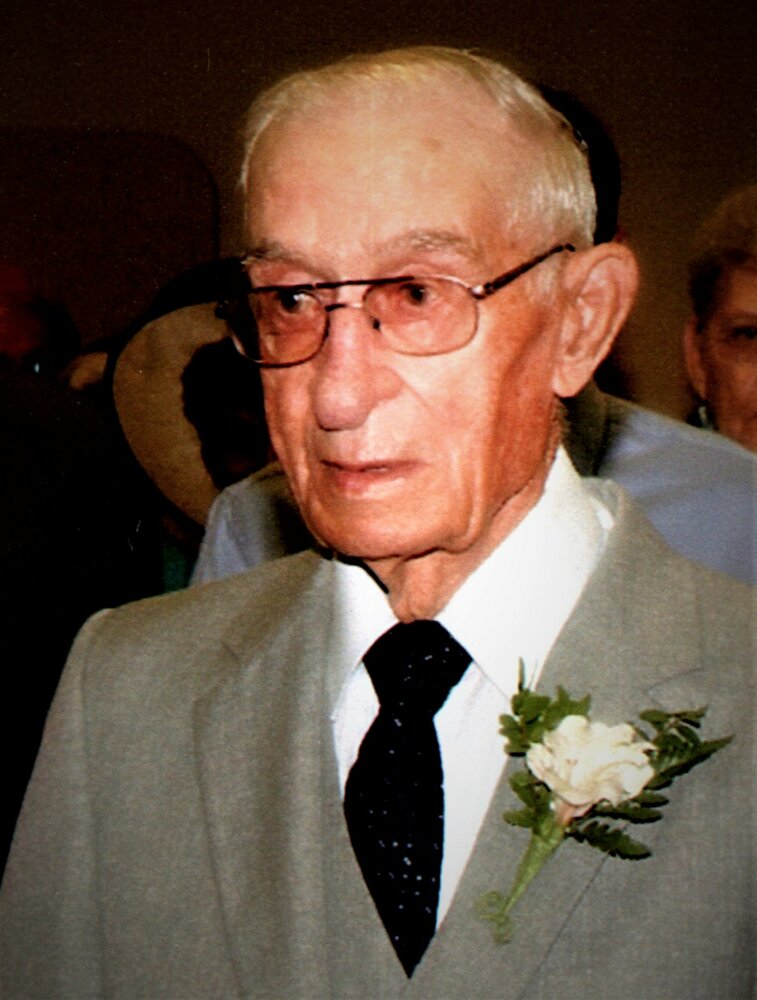 Please share a memory of Peter to include in a keepsake book for family and friends.
View Tribute Book

Peter Thiessen passed into the presence of his Lord on October 11, 2021.  He was born in Herbert in 1923 to Abram & Maria Thiessen.  In 1924 his parents moved to the Greenfarm area near Neidpath, Sk. And that’s where Peter grew up and went to school.

Peter worked for a farmer in Rocanville, Sk. and in Vanguard, Sk; Swift’s Meat Packers in Moose Jaw & CN Railway at Neidpath, SK.  But he was a farmer at heart.  In 1952 Peter and Lillian rented a farm 9 miles south of Herbert and eventually bought the land.  In 1965 they also bought property close to town and eventually moved into Herbert.  Peter has been living in Prairie Wind Estates for the last 6 years where he received good care.

Peter enjoyed curling and has many trophies that prove that.  He was a man of faith and was an usher in his church Evang. Free Church for many years.

Click this link to watch the service livestreaming.  https://www.youtube.com/channel/UCSiaRZmoDpJFOsH7P8Bt8Ow

To send flowers to the family or plant a tree in memory of Peter Thiessen, please visit Tribute Store
Friday
22
October