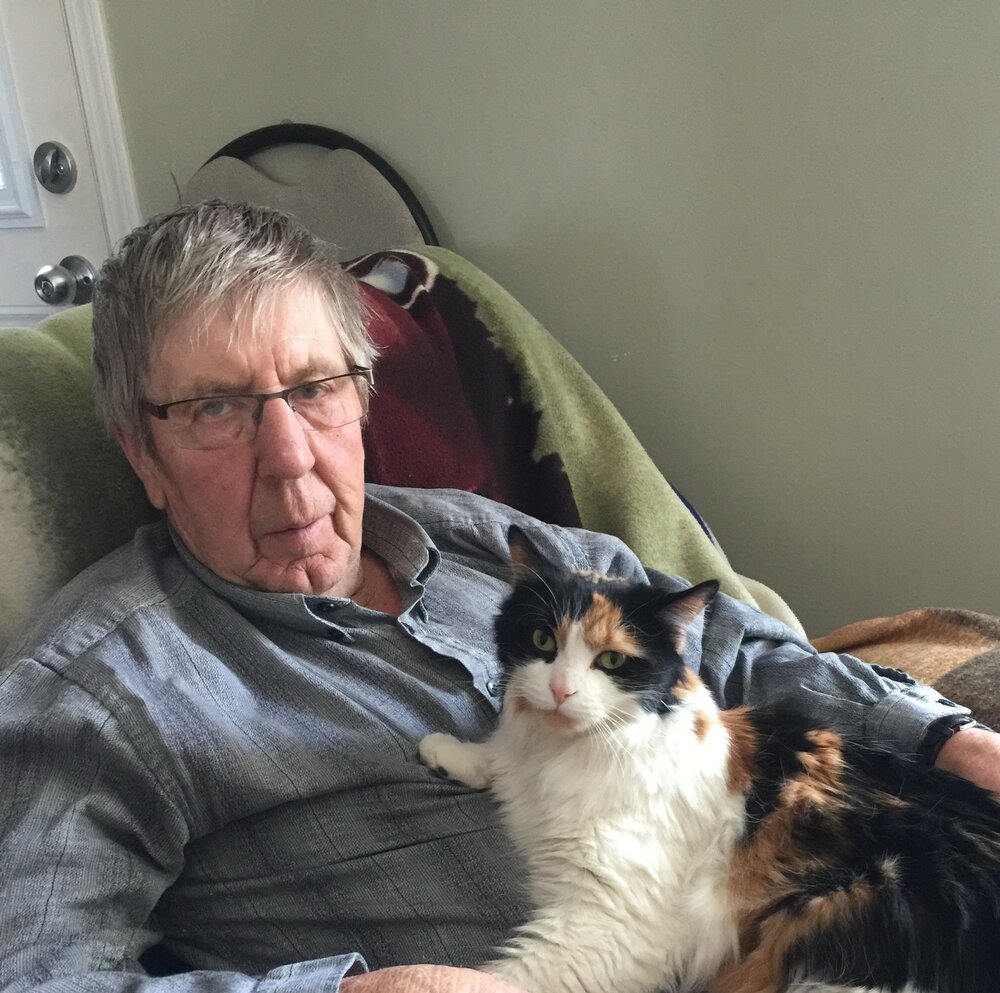 John Elmer Reddekopp, age 73, went to be with his Lord and Saviour on Monday, October 4, 2021, at Cypress Regional Hospital, with his wife and daughters at his side.  John is survived by his loving wife of 45 years, Judy (Wiebe), his two daughters Jaymie (Clifton) Freeman and Amanda (Todd Wiebe), and four grandchildren, Sophia and Ava Freeman and Adrielle and Jesse Wiebe.  He is also survived by his siblings Helena (Howard) Sartison, Elsie (Rob) Fehr, Barb Quiring, and Bernice (Herman) Geortzen, as well as numerous nieces and nephews.  He was predeceased by his parents, Andrew and Susana Reddekopp; his siblings Mary Fehr, Susan Neustaeter, Anne Wall, Willie Reddekopp and Cornie Reddekopp; brothers-in-law Abe Fehr and John Neustaeter, and sisters-in-law, Sadie Reddekopp and Brenda Reddekopp.

John was born on September 22, 1948 at the Swift Current Union Hospital, to Andrew and Susana Reddekopp. John worked as a farmhand for Henry and Verna Wilms near Grassy Lake, AB and spent many of his weekends with his sister Anne and her family.  Shortly after marrying his sweetheart, Judy, on September 11, 1976, he began working as a farmhand for Vic Remple, who became a dear friend.  After working many years on the farm, John began a new job with Chinook School division as a caretaker.  In whatever career he was in, he always worked hard and prided himself in doing a good job. Even after officially retiring in 2014, he was always willing to pick up shifts when required, even when asked to work in surrounding schools such as Hodgeville and Herbert.

Camping was one of John's favourite pastimes as his family was growing up.  He enjoyed being able to relax in nature, cooking on the campstove, and most of all enjoyed chopping firewood and building large bonfires in the evening.  Even after moving to Swift Current in 1998, John enjoyed spending time at his Wymark lot cutting wood for the winter, tinkering in the garage with his old cars, moving around tractors, and keeping the yard tidy.  After moving to Swift Current, John became fast friends with his neighbour, Gord Aisman.  He always enjoyed their coffees, ice fishing, and spending time at Gord's farm near Lancer.  He also looked forward to Wednesday afternoon coffee with his friends at Burger King and never said no to a coffee invitation from his sister, Helena.  Later in life John and Judy caught the travel bug. They were blessed with many warm holidays, marking The Dominican Republic, Jamaica, Mexico, and Cuba on their passports as well as an Alaskan Cruise with his sister Anne and her husband Hank.  John was able to share his love of vacations by taking his daughters to The Dominican Republic as well as holidays with both of his daughters and their families.

In June 2008, John's first grandchild, Sophia, was born, followed by Adrielle in 2010, Ava in 2011, and Jesse in 2012.  These four grandchildren became his pride and joy.  He took time to show each of them how much they meant to him.  He showed his love by sitting on the floor while they played, teaching them to harvest the garden, showing his grandson how to chop wood, cutting branches for the kids to play with in the fire, making bubbles, and so much more.

Shortly after John got married, he was baptized at Bridgeway Church.  John's faith in the Lord was always very important.  He made it a priority for his family to attend church regularly.  God used struggles such as Judy going through cancer, knee replacement surgery, and more recently, stomach ailments, to strengthen his faith.  Though he was quiet in his faith, it was revealed in the way he served his family and loved his friends.  For the last four years, while attending Restoration House, John learned to love the worship music as well as the sermons.  During the last months of his life one of his favourite things was listening to worship music, especially City Alight, while holding his wife's hand.

A funeral service will be held on Friday, October 8, 2021 at 2:00 p.m. at Restoration House Church.  The interment will take place at Hillcrest Cemetery.  Donations in memory of John may be made to Food Grains Bank of Canada or International Justice Mission Canada.  Arrangements are in care of Parkside Memorial Funeral Home – Ryan Cappelle & Hayden Cappelle.

To send flowers to the family or plant a tree in memory of John Reddekopp, please visit Tribute Store
Friday
8
October