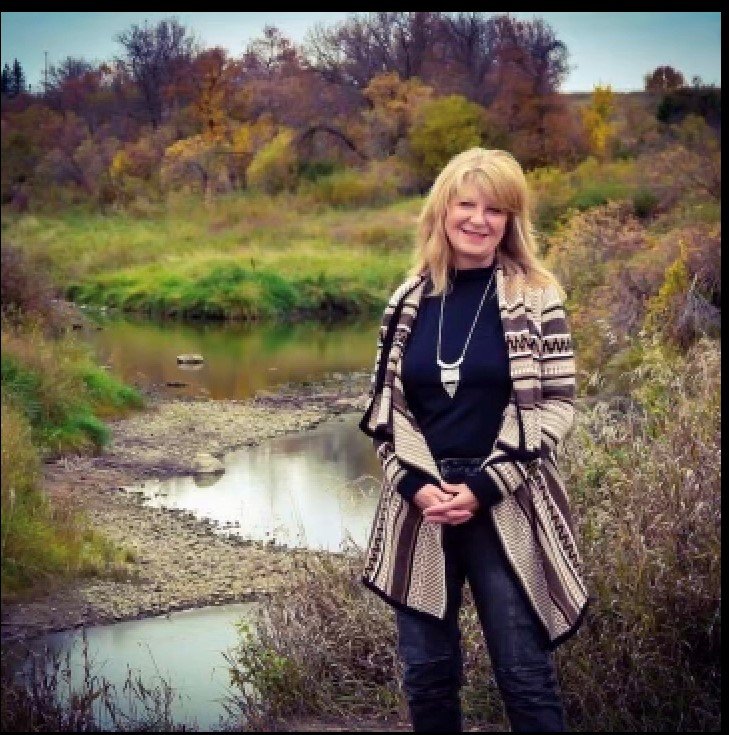 Please share a memory of Joanne to include in a keepsake book for family and friends.
View Tribute Book

For those that knew Paula, know that the world lost an angel in the flesh. Paula wore many hats over the course of her lifetime. As a youngster she always had a love for animals, summer long tea parties and mudpie feasts with her sister Irene. Growing older, her free time was spent caring for four-legged friends, whether they were meant to be on the yard or not. The time she brought a batch of baby skunks into the house proved her love had no limits. As a teenager spending time at the lake and being with her friends was important to her. Paula met Monty in the late 70’s and from that relationship grew a marriage and she was blessed with the birth of her 3 sons. With the support and assistants of her brothers Steve and Brian she moved to swift current in 1993. Paula had a long hard road ahead of her to build the life she wanted for her kids and deserved for herself. With the help of government assistance, she was schooled to become part of the healthcare system and would stick with it for the remaining 28 years of her life. She had a firm belief that even without abundance you shared what you had and always helped those less fortunate. Her home became the gathering spot for morning breakfasts with Gerrads friends, some of those friends really relied on it.

Paula’s modern family hors d’oeuvre Christmas tradition was something we all looked forward too. Christmas gatherings were very important to Paula, her ham rolls and Christmas balls will be forever missed.

Although her cancer diagnoses was a near death blow for her spirit early on…she would not let it hold her back from continuing to make fun memories with her family and friends. There were many hikes, camping trips, family summer holidays, backyard star gazing and campouts under those stars. The cuddles, hugs and kisses were plentiful, the phone calls were frequent, and the time spent will be cherished by all of us.

Paula put a deep importance on holidays and celebrations, and for all of the ones that she cherished dearly, these will never be the same, and each birthday will seem incomplete without the card sealed with her lipstick kiss.

“Don’t be afraid…just have faith”

A Celebration of Life Service will be held on Saturday, July 24, 2021 at 2:00 p.m. at Parkside Memorial Funeral Home.

To send flowers to the family or plant a tree in memory of Joanne Park, please visit Tribute Store
Saturday
24
July