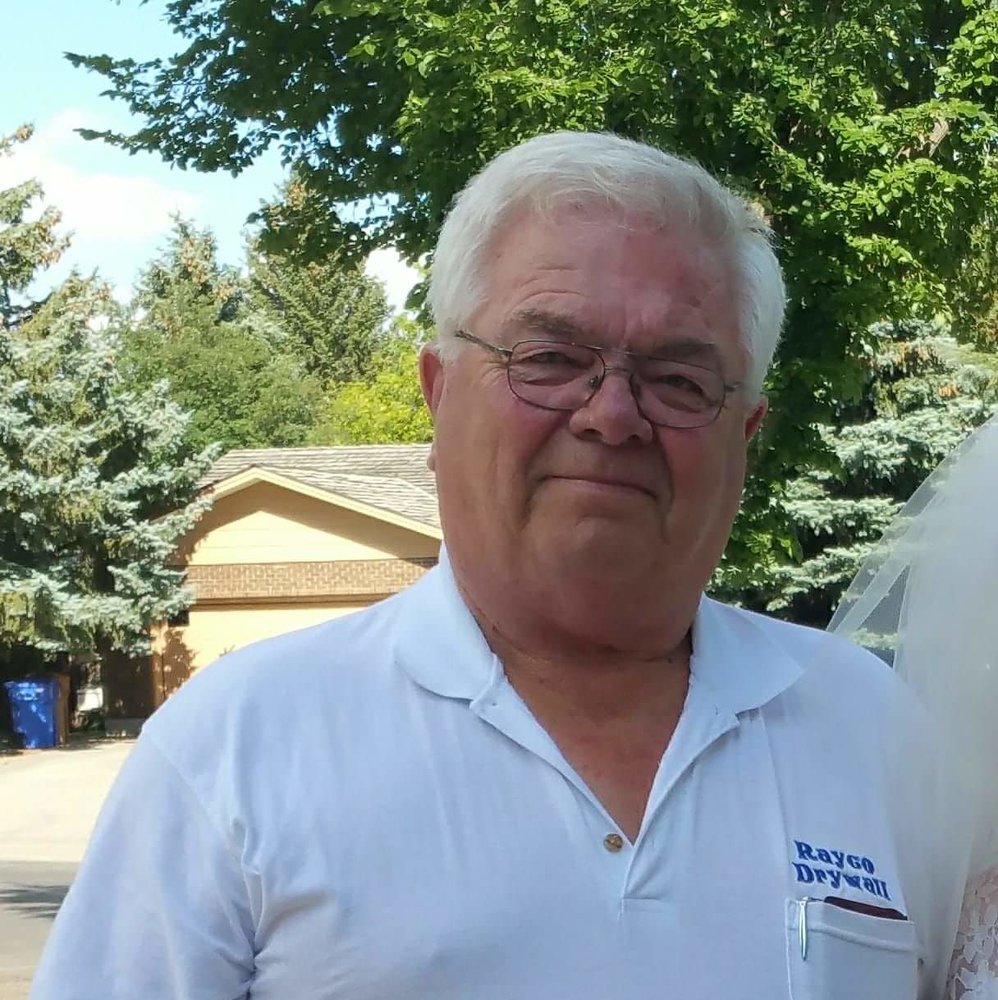 Please share a memory of Raymond to include in a keepsake book for family and friends.
View Tribute Book

VANGEN -  Raymond Blake, age 74 years of Swift Current passed away peacefully Sunday, June 13 2021 at Cypress Regional Hospital from cancer with Cheryl, Jackie and sister Donna Ashton at his side.  His Celebration of Life was held Friday, June 18th 2021 at 2:00 p.m. at Parkside Funeral Home with interment at Hillcrest Cemetery. Ray is survived by his wife Cheryl of 56 years, sons - Darcy Vangen of Grande Prairie, Ab.; Blake (Tracy) of Nassau, Ba; Daughter Jacqueline Vangen, her sons, Bobby Vangen of Cabri, Randy Stotz and daughter Prudence , Brandon of Swift Current and daughter Aleigha from Regina, (Janine) all of Swift Current; Sister Donna Ashton , nieces Renee (Elmer) Funk and Tracy(Barry)Bucsisof Swift Current, Aston(Sean) Reid and children Axl, and Tess of Swift Current; Dexter(Kat) Stangland and children Chloe and Jaxon of Medicine Hat, Michael Vangen from Edmonton and Alexis(Isaac) Vangen of Edmonton. Stacey(Colin) Friesen and family of Swift Current. Ray was predeceased by sister Elaine Lachowitzer in 1979, father Halvar in 1986, mother Rita in 2000 and brother-in-law James Ashton in 2010. Ray worked part time at Motorways as a teen ager, the Coke plant and started his profession as a drywaller.  Work took him to Vancouver, Kelowna, Yellowknife, Edmonton, Brooks, Brandon Mb and Baffin Island while working for Shoemaker Drywall, and Gypsum Drywall while living in Moose Jaw and Brandon.  He loved to drive and worked in the oil field industry for Variperm and occasionally for Batco hauling conveyers to the USA. He moved the family back to Swift Current in 1984 and resided here doing drywall. He loved snowmobiling and took the family to Yellowstone for Christmas to ride the 4 states. He loved riding in the mountains across the canyons into the high snowfields with family, friends and co workers. The motorhome made weekly trips to many motocross racetracks into the four western provinces. Blake raced and Darcy and Jackie were the PR crew.  He once told Blake- Second place is the first place loser. He asked the pilot if he could fly the plane on the Hawaiian seven-island tour but they just let him co pilot.  He asked to fly the Stars helicopter when air lifted to Regina.  They made him ride in back.  Ray was active in Sask Tourism from 1994 to 1997. He started doing hay and sleigh rides about that time, hauling dignitaries at rodeos and toured govenor generals around town with Jake and Charlie, his big Percherons. He carried many wedding/anniversary parties, graduates, and Christmas parties for the school kids. He had a four hitch team of Belgians he sold two of the team to some young school teachers from England so they could learn to drive the team in Calgary Stampede parade and across the province to WWinnipeg Mb sponsoring Save the Children. He rode his favorite quarter horse Jack across Saskatchewan for Canada 125 carrying a mailbag with letters to the Queen. he rode many miles with groups of people from each location from Alberta to Manitoba, doing 40 miles a day over 16 days.  Ray never played but was to proud of Bobby when he was goalie and forward in the Swift Current Minor Soccer League from 1994 to 1995. He made sure the team and wagons were at trophy days to give all the kids a ride.  He took Bobby on many trail rides in Cypress Hills, the YaHa Tinda and the Kananaskis. A day trip to Vancouver in the truck was not uncommon for tools or to look at work or material.  He taught Bobby to drive the John Deere tractors.  Bobby liked the 720  the best so usually drove it in the parades.  When he bought his stock 1969 SS Camaro, Jackie got the first ride in the passenger seat.  She also was his co pilot for cross country rides in the side by side even if she had to pick bugs out of her teeth, and in the back country mountain trails at Jaffery BC. She was his favorite employee to blow the many bags of insulation in houses, warehouses and apartment buildings in the area. He was very emphatic about the correct R value for each building.  Ray sponsored bolts of fabric for The Quilts of Valour made and sewn by Cheryl then donated to War Veterans.  He was proud of all her quilts and built a special sewing room for their 50th Anniversary. It was her Happy Place when he was away working.  Ray also took great pride in his John Deere tractors and collected about 18 2-cylinder models.  He hauled them to Alberta for McDonalds restaurant displays, the Sukanen in Moose Jaw for harvest days and the local Docs Town Antique Tractor & Classic Car show and  The Blacksmith’s Hammer Inn.  He especially loved having peach pie in the Tea Room.  He also like the fact he was asked to bring tactors to Pattison Ag for an anniversary. He loved driving his side by side in the back country in the mountains around Jaaffray and when he got to rip across the Yuma Dunes in Arizona.  In 2016 he suffered an abdominal aortic aneurysm and was flow by Stars helicopter to Regina. After a week in hospital, he was back on the job to help renovate The Legion Hall. Cheryl made him sit in a wheel chair to conserve his energy and  he was supposed to be on bed rest. he continued bidding jobs and  working but it slowed him down. Work pretty much ended in spring of 2018 when the doctors told him he had 5 lung tumors and was told he only had 6 months to live. He tried to extend his life with radiation and managed to try to enjoy life until Covid started his final lock down. 56 years in drywall and construction dust had taken its toll.  His family was his pride and joy as was his work.  Do it once and do it right was the code he lived by. He wanted the best for the kids and Cheryl and his friends were special and he loved to coffee with the guys and friends he knew.

To watch the livestream of the service click on the link https://boxcast.tv/view/ray-vangen-funeral-service-802103

To send flowers to the family or plant a tree in memory of Raymond Vangen, please visit Tribute Store
Thursday
17
June