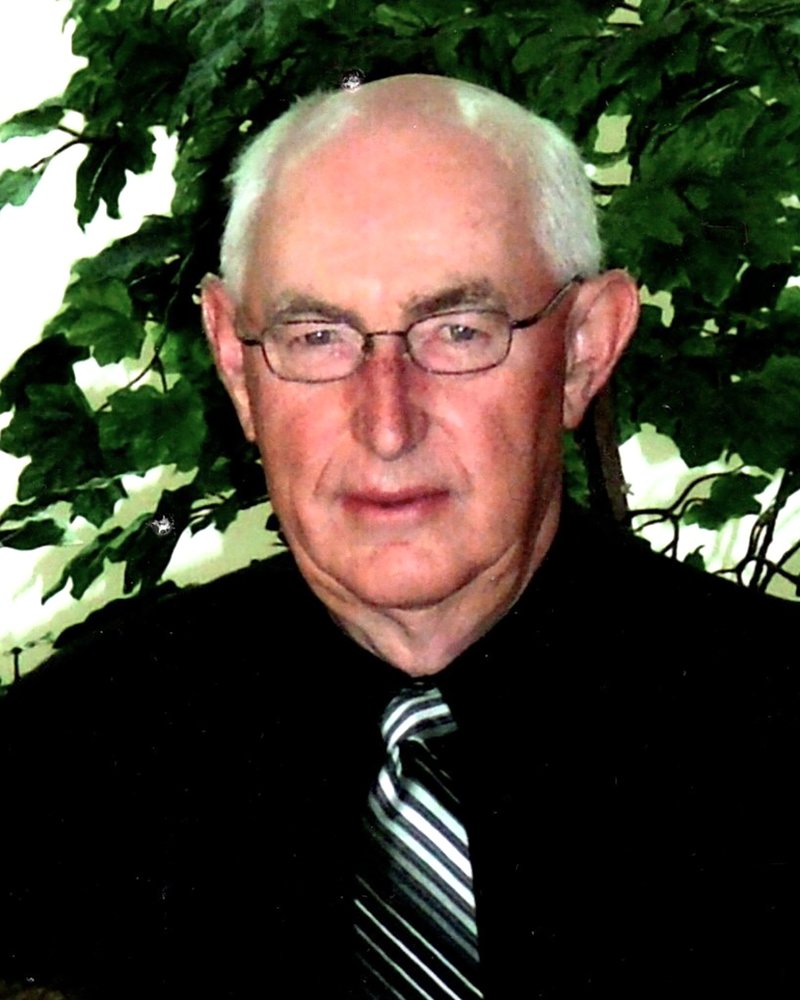 Please share a memory of Harvey to include in a keepsake book for family and friends.
View Tribute Book

It is with great sadness we announce the passing of Harvey C. Braun on May 10, 2021 at the age of 86. He passed away peacefully surrounded by loved ones, following a battle with Parkinson’s disease. He leaves behind his beloved wife Marilyn and their children Tim (Sharon), Trevor (Erin) and Shauna (Brad). He will be forever cherished by his six grandchildren, Dustin, Tyler, Kelton (Andrea), Rhyann, Raeanna and Taylor. He also leaves behind siblings John (Sadie) Braun, Hilda (Jim) Erb, Leona Ewert and Gilbert (Grace) Braun, numerous nieces, nephews, cousins, and in-laws. He was predeceased by his parents Peter and Justina Braun as well as his brother-in-law Bill Ewert.

The third of five children, Harvey was born December 20, 1934 on the family farm. His father Peter passed away when Harvey was only 12 years old. At that time, his brother John ran the family farm and Harvey took over at the age of 16. In 1959, Harvey established his own farm in the Duncairn area, which he devoted most of his life to. Harvey and Marilyn met in the church youth group around the same time and were married on June 18, 1960. They have three children. Tim born in 1964, Trevor born in 1966 and Shauna in 1973. Over the years he worked various jobs including construction, carpentry and real estate, but the job he found most fulfilling was his time with Parkside Funeral Home. After Trevor graduated University they farmed together and in 1999 they formed a Bison operation turning some of the grainland into pasture to accommodate the animals.

When Harvey and Marilyn started their ‘Golden Years’ they spent their winters in New Mexico and Arizona. They volunteer for 2 years in Carlsbad, New Mexico through the church. Harvey helped build homes for those families who could not afford to buy a house on their own. At the end of their time in Carlsbad they spent the remainder of the winters in Arizona. They enjoyed Arizona so much that they ended up buying a park model there and met many friends in the park, which they still stay in contact with today. They also wintered in Oliver, BC where they helped dry and package fruits and vegetables for sending overseas.

Harvey was heavily involved in the church and had a passion for music. He sang in the church choir, served as Church Chairman, taught Sunday school and sang in the Oratorio Choir for 23 years. He was a board member for McKerracher Support Services for over 25 years. His last few years were spent residing at the Swift Current Meadows and he especially enjoyed being pampered by his caring wife Marilyn who often brought him treats. He enjoyed all the caregivers and they enjoyed him as well. We know he had excellent care. Everyone who knew Harvey saw him as a positive, genuine and honest man.

Due to Covid-19 a family memorial for Harvey will be held on Saturday, May 15, 2021 at Zion Mennonite Church at 2:00 pm. The internment will take place at the Hillcrest Cemetery, Swift Current, SK. Donations may be made to the McKerracher Support Services in memory of Harvey. Arrangements are in care of Parkside Memorial Funeral Home – Ryan Cappelle & Hayden Cappelle.

Click on the link to watch the service livestream https://boxcast.tv/view/harvey-braun-funeral-service-courtesy-parkside-funeral-home-458894

To send flowers to the family or plant a tree in memory of Harvey Braun, please visit Tribute Store
Saturday
15
May