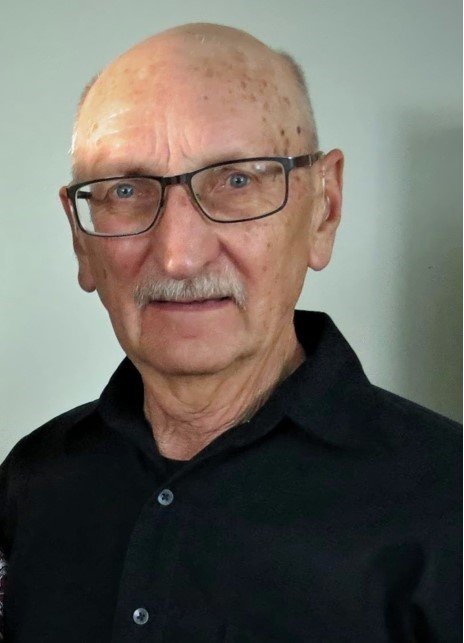 John Peters, age 79, passed away suddenly Friday morning, April 30, 2021 at home in Gull Lake, Saskatchewan.  John was born on February 11, 1942 at Herbert, Sask to Henry and Susie Peters. John grew up in a loving family with five siblings on a farm near Gouldtown, Sask. He attended Riverdell country school and Herbert High School. He attended Briercrest Bible Institute for three years. It was during summer break that he and Rosella met while serving at Griffin Bible Camp, Kenossee Lake, Sask.

John and Rosella were married on October 9, 1965 at Wapella, Sask. At that time John began work at the Whitewood Herald newspaper/printshop. John deeply loved the two sons God blessed them with. Vern was born January 11, 1967; Cor was born March 27, 1970. In 1977 the family moved to Gull Lake, Sask. where John was employed by the Gull Lake Advance newspaper/print shop. In 1979 they purchased the business and worked side-by-side for 30 years. They remained in Gull Lake during their retirement years. During the summer months, he enjoyed yard work and gardening. He often had bird book in hand as they had their coffee on the back deck and watched the birds feed. It was particularly exciting to see hummingbirds flitting around the zinnias. During the winter months his favorite pastime was reading and getting caught up on world events on his laptop.

John attended church with his family from an infant, and accepted the Lord Jesus Christ as his personal Savior. He loved God's Word and the assurance of an eternal home with his Lord and Savior awaiting him.  John was not only a gentleman but also a "gentle" man who was loving, humble and patient. He had a ready smile for everyone. John dearly loved their two sons, daughters-in-love and five grandchildren.

John was predeceased by his parents, Henry and Susie Peters; his brother Helmut and brother-in-law, Frank Rempel. He will be dearly missed by his wife, Rosella; son Vern and Dawn and their children, Bella and Ben; son Cor and Shelley and their children Jenessa, Bryttani and Jonny Villalta, and Taylor. He is also survived by sister Sue Rempel, Abbotsford, B.C.; sister-in-law Bertha Peters, Medicine Hat; brother Jake and Diane, Saskatoon; sister Erna and Neil Klassen, Kelowna; brother Con and Leona Peters, Medicine Hat; brother-in-law, Wes and Val Pranke; sister-in-law, Helen Jewell; and brother-in-law, Henry Pranke; as well as numerous nephews and nieces.

A celebration of John's life was held at Church of the Open Bible on Wednesday, May 5th, 2021 with Pastor Jay Hinds officiating. Barb Klassen was pianist. Hymns were "Blessed Assurance", "Amazing Grace" and "What a Friend We Have in Jesus". Robert Klassen was usher. Trumpet solo by Dave Munshaw, "It Is Well With My Soul", was beautifully rendered. Pastor Jay gave the message based on John 14.  John's brothers contributed with scripture reading, reading of the obituary; and special message from son, Cor and Shelley, Bangkok, Thailand, and granddaughter, Jenessa who is presently in Mexico; and friends Steve and Dorene Carroll, Australia. .

The family regrets that due to COVID restrictions the service was not open for extended family and friends who would have wished to attend.

In John's memory, donations may be made to directly to:

Life is just a stepping-stone

A pause before we make it home

A simple place to rest and be,

Until we reach eternity.

Everyone has a life journey,

A path to take with lots to see

God guides our steps along the way,

But we were never meant to stay.

Our final destination is a place

Filled with love, His majesty and grace.

Today we celebrate the life of a loved one

Who has gone before us, the race he has won.

His journey has now ended,

His spirit has ascended

With Jesus, our Lord.

To send flowers to the family or plant a tree in memory of John Peters, please visit Tribute Store
Wednesday
5
May