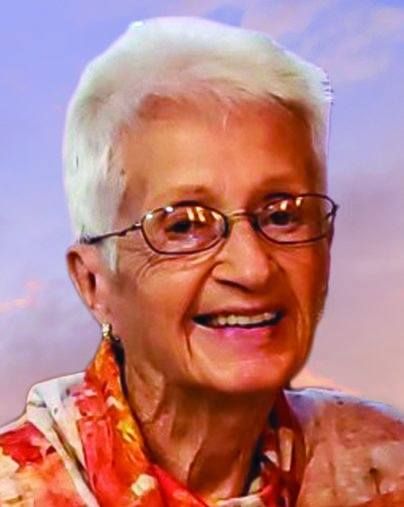 Please share a memory of Elizabeth to include in a keepsake book for family and friends.
View Tribute Book

DYKE – ETHEL ELIZABETH “Beth” - Mom was born on the family farm in the Green Dell district (Hazlet). She was the youngest child of Harry and Isabelle Lowick. The Lowick family attended Green Dell school. Mom turned out to be the tom-boy of the family. She would take her part in the outside chores which included bringing in the cows or helping her dad and brothers in their jobs around the farm.  In later years she would still return to the farm to help her brother Marsh by running the tractor or driving a truck when he needed. She attended Garbutt Business College in Medicine Hat.  She then moved to Swift Current and went to work at the John Deere warehouse in the office. She met Walter Dyke and on May 9, 1949 they were married. They had two children Sandra and Bob. Mom was a homemaker for her entire life. The house was always spotless; clothes were always clean and there was always good food to be had. She was also very fussy about her own appearance. She could not be seen without some makeup on and her short hair spiked up and ready to go.  Mom’s baking was quite something. She would freely share her recipes to anyone who asked. No one could match her pie crust though. Her apple pies were truly one of a kind. She enjoyed the yard and her flowers.  She enjoyed feeding the birds.  She enjoyed sitting in the sun. She enjoyed being outside and just puttering in the yard. Mom was quite a study in contrasts. She was quiet yet you always knew where you stood and you knew if you were out of line. She was elegant and proper yet very much had a sense of humor.  She preferred small visits and shunned crowds but yet was quite sociable and liked to visit.  She was enthralled with Queen Elizabeth and the royal family but for herself couldn’t be bothered with pomp and circumstance. Mom was always very content. She felt she had all she needed or wanted. Shopping for her at Christmas or her birthday became problematic.  She did not want anything. However, any gifts that showed up were appreciated and cherished. Mom was predeceased by her father Harry, her mother Isabelle, her brother Morton, brother-in-law Herb Lynnes, brother Marshal, great-granddaughter Jadyn, husband Walter and sister Doris and numerous brothers and sisters in law on Walter’s side of the family. Mom is survived by her daughter Sandy Schultz and her son Brad (Christie); son Bob Dyke (Shirley); grandchildren Richard Dyke (Reanne), Christina Vose, Dallas (Mark) Peters; great grandchildren Shyla, Kylie and Jonathyn Dyke; nephew David Lynnes, niece Corrine Frederick and their children. In mom’s memory the family would appreciate donations to the Swift Current SPCA.

To send flowers to the family or plant a tree in memory of Elizabeth Dyke, please visit Tribute Store
Wednesday
28
April