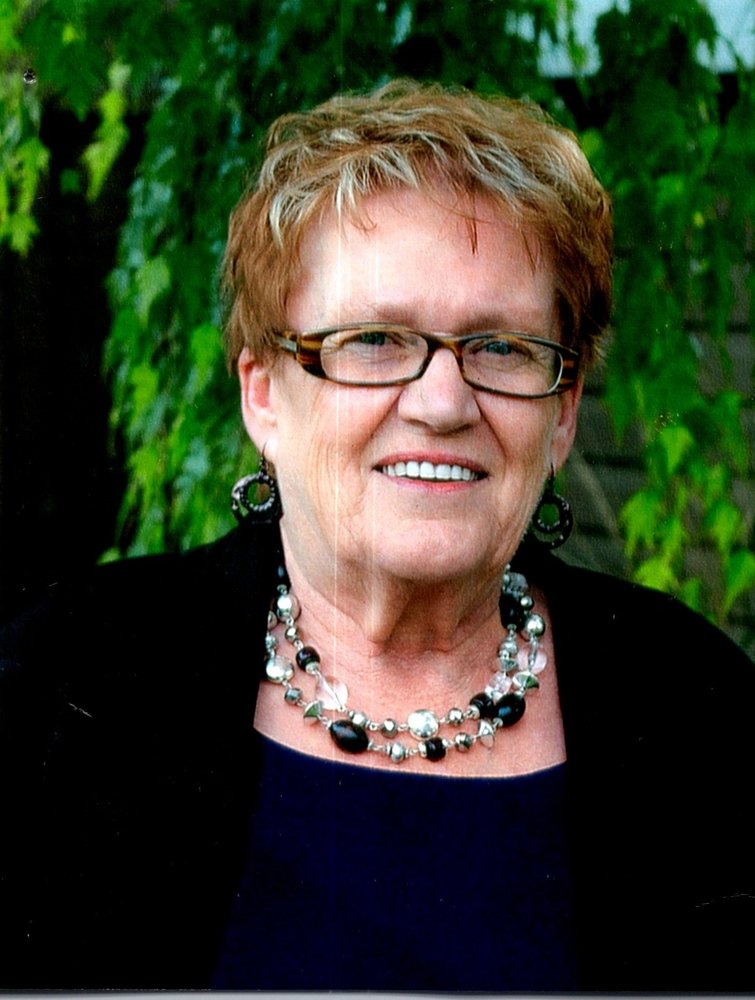 NEUSTAETER – Susan “Susie” age 79, passed away peacefully on Friday, April 23, 2021 at the Meadows in Swift Current, SK.  Susan was born in Rosenhof on July 9, 1941 to Andrew and Susie Reddekopp.  She grew up with her nine siblings in the village of Rosenhof were she attended school.  She completed her G.E.D. later at the local community college.  In her teen years she worked at the Herbert Nursing Home.  Susan married John J. Neustaeter on June 11, 1961.  They moved to Swift Current where John had built their first home and their oldest son, Arthur was born.  Susan and her young family moved to Masefield, SK to work on ranch there, but she had enough after her baby was nearly bitten by a rattlesnake.  They then moved to Chortitz where they lived for over 40 years, working hard on the farm and raising their family which included 2 more sons, Vernon and Wesley.  Those were very busy years for Susan, as well as working on the farm, raising her family, she also worked in town at the Travelodge and Prairie Pioneer Lodge.  She was an avid gardner and always had an abundance of vegetables and fruit to preserve.  She was famous for her cooking and baking as well.  Her perogies, kielke, borscht, buns and her cookies were such a treat for her family and friends.  She won many ribbons at Frontier Days for her baking and also for her blankets that she crocheted and quilted.  Many babies were blessed with those blankets.  Susan was actively involved with the church in Chortitz and regularly attended Bible study where she enjoyed the fellowship.  She especially loved being involved in the lives of her precious grandchildren and later great-grandchildren.  They have many fond memories of her delicious cooking, celebrating holidays, watching game shows and curling with her help. The grandkids loved playing games with her and the special hugs of course.  When Susan moved into the Riverview Estates and later the Meadows she really enjoyed visiting with friends and participating in activities such as bingo night, games, listening to musical groups and even yoga.  Susan will be dearly missed by all who were blessed to know her.  Susan is survived by sons, Arthur (Linda) and Wesley (Tabatha) and daughter-in-law Jill; 5 grandchldren, Jonathan (Jessica) Neustaeter, Becky (Kyle) Neustaeter, Christina (Brian) Fleury, Alicia (Alex) Laird, Hailey Newstaeter; 3 great-grandchildren, Beau and Deacon Fleury and Drew Nelson.  She is also survived by her siblings; John (Judy) Reddekopp, Helena (Howard) Sartison, Elsie (Rob) Fehr, Bernice (Herman) Goertzen, Barb Quiring; sisters-in-law Helen Wall, Katherine Thurlow, Katie Neustaeter and brothers-in-law Dave (Nettie) Neustaeter and Hank Wall.  Susan is predeceased by her husband John in 2003, son Vernon in 2017, parents Andrew and Susie Reddekopp, siblings Mary Fehr, Annie Wall, Willie Reddekopp and Corny Reddekopp; brothers-in-law Abe Fehr, Bill Neustaeter, Corny Neustaeter, Leonard Schwarzhoff, John Wall, John Heinrichs and sisters-in-law Brenda Reddekopp, Sadie Reddekopp, Agatha Neustaeter and Sarah Heinrichs.  Susan endured many health issues including several bouts with cancer and more recently a stroke as well as congestive heart failure.  The family would like to thank the staff at the Riverview Estates and the Meadows for their excellent care and compassion for mom.  The private family service was held on Tuesday, April 27, 2021 at 2:00 p.m. at the Chortitz EMC Church with Pastor Paul Little officiating.   The interment was held at the Chortitz Cemetery.  The pallbearers are her grandchildren and special music is by Archie and Sylvia Neufeld.  In memory of Susan donations can be made to the Meadows Auxiliary. Funeral arrangements are in care of Parkside Memorial Funeral Home – Ryan Cappelle & Hayden Cappelle.

To send flowers to the family or plant a tree in memory of Susan Neustaeter, please visit Tribute Store
Monday
26
April