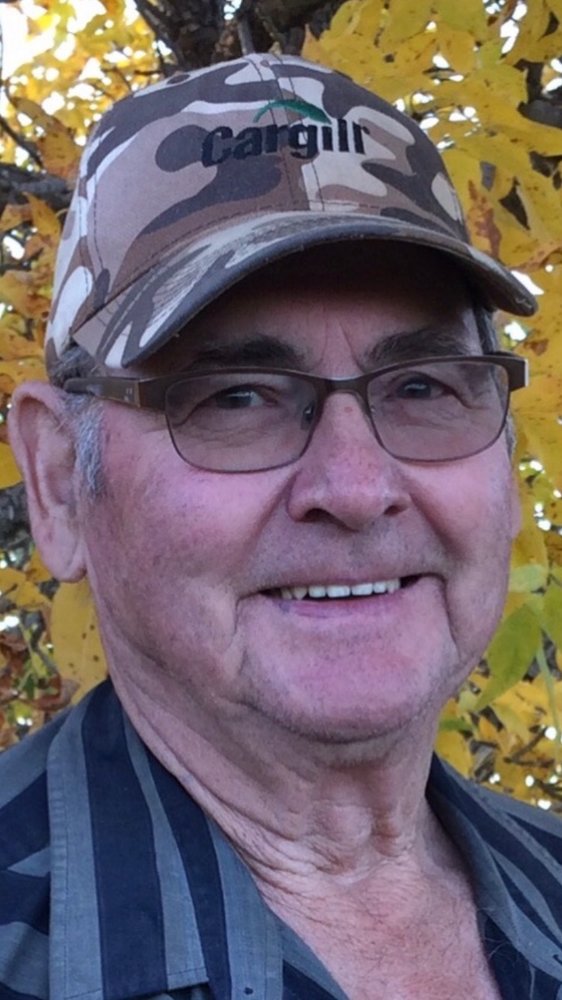 BEISEL – Gordon Andrew was born on August 22, 1939 and at the age of 81 years old went to be with the Lord Palm Sunday, March 28, 2021 with his family singing his favorite hymns and songs beside him.  Gordon was predeceased by his Dad Andrew when he was 12 years old, his Mom Rachel in 1989, brothers Melvin, Ralph and sisters Florence and Betty.  Gordon married Margaret Heinrichs February 10, 1961.  They got engaged on North Hill by Heartland.  We just celebrated their 60th wedding Anniversary in February.  They were truly a couple that were always in love.  They would hold hands walking to the barn or into the mall.  They had three daughters: Jocelyn, Marlys and Tracey.  To his great grandchildren he was known as Grandpa Beisel, Grandpa Choo Choo, and Bapa Choo Choo.  Grandpa put on many miles walking and rocking his grandchildren and great grandchildren, he had a gift with children!  The family has had many answered prayers when it came to Mom and Dad.  When Dad was 66, he had open heart surgery with bypasses and a valve, and 4 years ago he was the first one in Saskatchewan to get a new valve put into the old one.  His heart was doing so good.  Dad accepted Jesus and his personal Saviour as a young boy.  On August 13, 2017 at the Herbert Ferry Park, Dad was baptized.  His friend and mentor Eldon Babcock, along with family and friends helped him celebrate this step of faith.  Eldon and Doreen are dear friends involved in Fellowship of Christian Farmers, and Mom and Dad shared the love that Jesus has for people at Agribition and other events with them.  Mom and Dad attended Faith Evangelical Church first in Rush Lake and then in Swift Current.  This past year has been a challenge for everyone, but as a family, following guidelines, we celebrated Mom’s 80th, other birthday parties, a wedding, a skating party and their 60th anniversary.  Dad enjoyed family and life everyday.  And we are so thankful for the wonderful times we were able to have this year.  Dad has had a full life when we look back on it.  Mom and Dad moved to the farm in 1964.  He enjoyed farming and raising cattle.  He loved horses, from breaking many horses, team roping, and managing the community pasture.  He still went down to the barn with Mom daily to feed horses.  He had many dogs that were a good friend to him.  Besides farming, Dad drove grader for the RM, hauled cement and was a bus driver, sharing a route with Mom for 25 years.  Dad also played with the Rush Lake Red Sox baseball team, playing first base.  When he was in school, a teacher threw a chalk brush at him for trying to borrow an eraser, Dad winged it back at him and dented the chalkboard.  When Dad played ball with us girls, we made sure we caught the ball right or it would sting.  At Dad’s 80th birthday party, during a family baseball game, Dad hit the ball and then said, “I was so fast you missed me going around the bases.”  Mom and Dad enjoyed gardening and yard work.  Dad shared his skills of renovating and construction with family.  When he was not doing something with Mom, he was busy tinkering on old tractors, ect. with many of his dear friends.  They would have company over regularly for coffee or a meal.  Many times, that would include homemade noodles that they made together.  Dad always said, “You don’t gotta be in a hurry” whenever someone was leaving.  Dad enjoyed making sausage with family, times at the lake, fixing up the camper with Stacey and shooting a game of pool with family, friends, and Pastor Blair.  Dad loved to tease, or he would call his girls and say, “is this the party I am speaking too?’  When Mom would try a new recipe Dad would say, “well that was ok, but you don’t have to make it again!’  He always gave thanks to God at mealtime.  Dad love to visit so many people; he was rarely short on words.  While in the hospital before his passing, all he wanted to read was the New Testament with Psalms and Proverbs.  In his own Bible, marks were made that he had read the Bible 10 times.  Dad knew God’s Love covered our imperfections, by the Lord’s sacrifice on the cross for our forgiveness.  Jesus called Dad home on Palm Hosanna Sunday and Passover with Easter as a beautiful reminder that death has been conquered, we will see each other again.  Our God Lives and Loves.  Our Dad would always say what the Lord said, “You won’t add a day to your life by worrying.”  All the grandchildren were blessed by Grandpa and Grandma reading the Daily Bread, the Bible, and their prayers for all of them every night.  God’s Word sustained Dad and it will sustain us and you.  Gordon is survived by his loving wife Margaret; daughters Jocelyn (Steve) Harder, Marlys (Bob) Sawatzky, Tracey (Nick) Rampton; 10 grandchildren:  Kelita (Brett) Routledge, Logan (Jolisa) Harder, Karmyn (Brendan) Nelson, Jonah (Karla) Sawatzky, Laura (George) Rodenhurst, Luke Sawatzky, Jamie (Emmett) Balzer, Kylee (Chad) Gieselman, Morgan (Layne) Cote and Josie Rampton (Brett Klassen); 15 great-grandchildren:  Grayer, Yesenya & Lennox Routledge, Brock, Jase & Lyla Harder, Darby Nelson, Felicity, Ezekiel & Zephaniah Sawatzky, Eric, Liam & Natalie Rodenhurst, Brynn & Blake Gieselman.  Anyone wishing to make a donation in Gordon’s memory can donate to Fellowship of Christian Farmers, which now “Wordless Walking Sticks” in Canada can send to:  Faith Evangelical Church 1310 Walker St. Swift Current, SK S9H 1H2.  A service to celebrate Gordon’s life was held on Saturday, April 10, 2021 at 2:00 p.m. at Restoration Church.  For further information or to sign the family book of condolences, visit www.parksidefuneralhome.com  Arrangements are in care of Parkside Memorial Funeral Home – Ryan Cappelle & Hayden Cappelle.

To send flowers to the family or plant a tree in memory of Gordon Beisel, please visit Tribute Store
Saturday
10
April