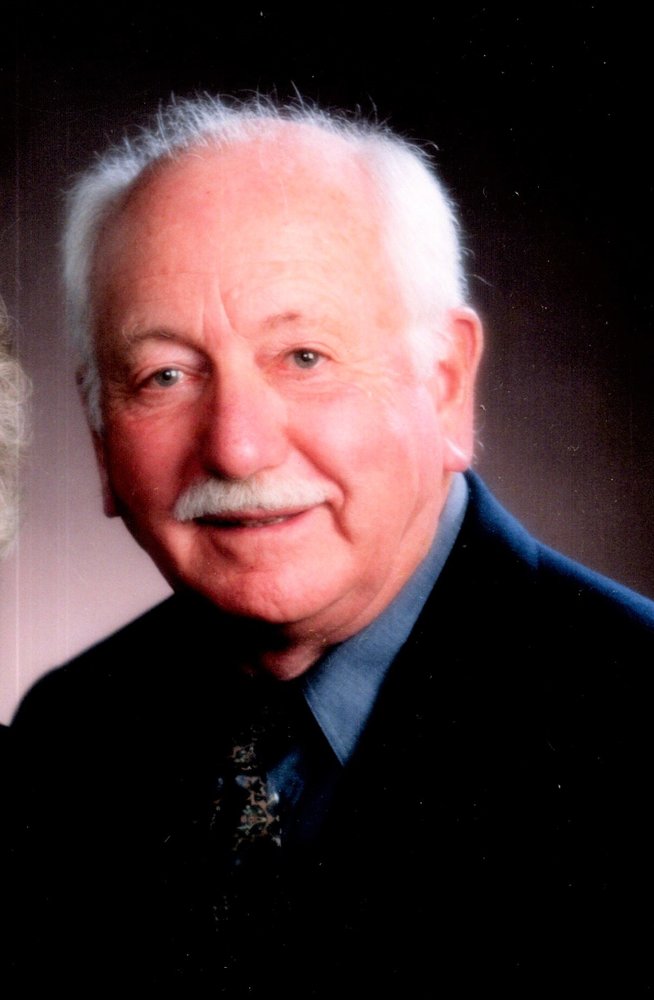 Please share a memory of Dietrich to include in a keepsake book for family and friends.
View Tribute Book

Dietrich David Klippenstein was born on March 23, 1926 in the village of Gnadenthal near Plumb Coulee Manitoba. When Dick was three, the family moved to Main Centre-Herbert area.

Dick attended five different schools to complete grade 1 to 10 education. After working as a farm labourer for one year, he attended the Mennonite Collegiate in Gretna, Manitoba to take Grade 11. The next year he worked on the home farm in summer and at Swift Canadian meat packing plant in Moose Jaw for winter. This was incentive to go back to complete his high school education. Upon receiving his grade 12 in spring of 1946, Dick went to teacher training in what was called Normal School for six weeks. In October of that year he took his first teaching job in a small country school called Capeland.

On June 21, 1947 Dick married Helen Block and they had two children, Terrance (1950), and Randall (1955). In the years 1947 to 49 he taught in Hodgeville School. He then transferred to Herbert School and taught there until 1981, serving the last 20 years as principal. During this time, he continued his education by attending Summer School and taking correspondence classes, obtaining both his B.Ed and B.A. Helen and Dick had many good years together in Herbert. Highlights during this time included building 2 new houses, serving on the Saskatchewan Teachers Association executive, family holidays to world fairs in Montreal, NYC and Seattle, and attending teaching commitments in Ottawa, Ethiopia, Guyana and Singapore.

Helen found out she had cancer on June 21, 1977, exactly 30 years after their marriage and passed away after a difficult struggle on May 7, 1979.

In December 1980, Dick married Erna Neufeld, nee Sawatzky, moving to Erna’s house in Calgary when he retired the following year.

Erna’s health started to deteriorate and in April, 2005, she passed away. After a couple of years, Dick decided to move back to the Swift Current area and bought a suite in Riverview Estates, where he lived for 12 years. He had some health concerns but was generally healthy and the diagnosis of pneumonia on January 13 and death on January 16 was unexpected.

Dick had a full life. He experienced and lived through many great and some truly sad life experiences. The long and trying illnesses of both Helen and Erna were very difficult and low points in his life's journey.

He enjoyed his chosen career and quite appreciated when former students would come up to him and talk about their lives. Dick was always curious about other peoples’ thoughts on politics, religions, traveling, and science; fascinated by all the new scientific and cultural discoveries. Changing norms did not scare him. He was a lifelong learner. His other interests included reading, golfing, fishing, camping and taking his grandchildren on hikes, bike rides or paddling down the Bow River.

Through all of Dick’s life the constant has always been his extended family. He enjoyed the many get-togethers, annual holidays, phone calls and more recently Facetime.

His Christian faith, remained a source of strength for Dick throughout his whole life. He had lived his life fully and was ready to join the friends and loved ones who went before him.

Please click on the following link to watch the funeral live https://boxcast.tv/view/dietrich-klippenstein-funeral-service-128462

Matthew 25:40  “I tell you the truth, whatever you did for one of the least of these brothers of mine, you did for me”

To send flowers to the family or plant a tree in memory of Dietrich Klippenstein, please visit Tribute Store
Saturday
23
January