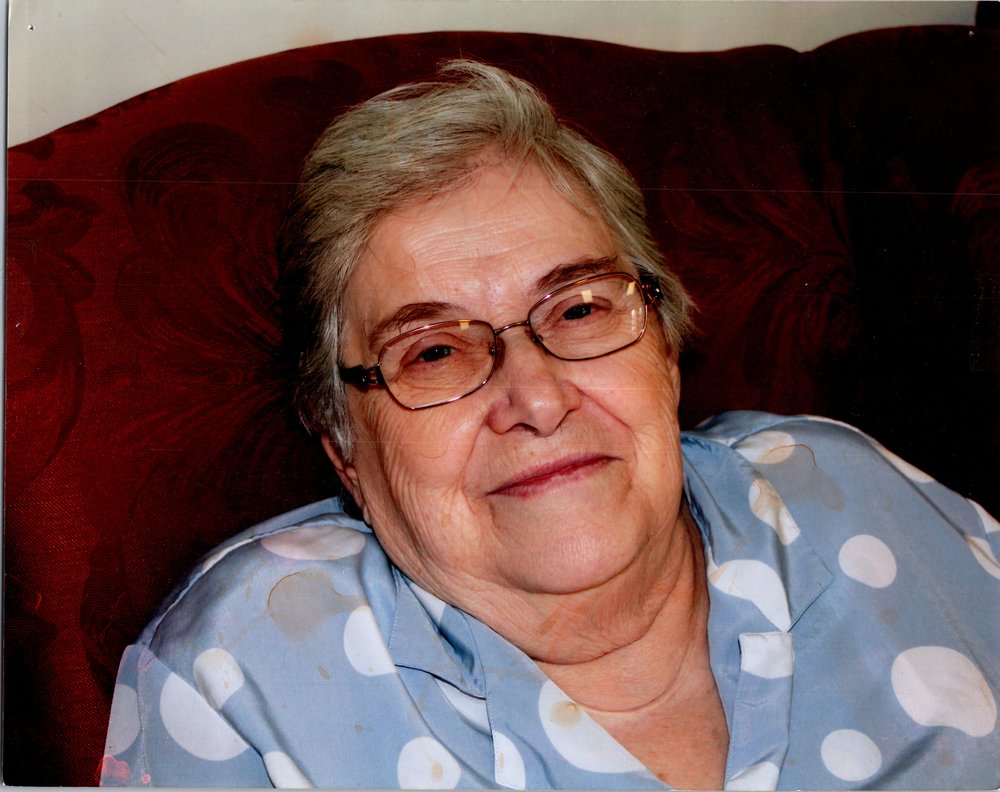 Please share a memory of Rose to include in a keepsake book for family and friends.
View Tribute Book
WESSNER – ROSE of Morse, SK passed away peacefully on December 3, 2020 at the Meadows Long Term Care Facility in Swift Current, SK, at the age of 84. Rose Marie Gammel was born October 18, 1938 on a farm north of Morse, SK and was the third of five children born to August and Theresia (Rose) Gammel. Rose attended Rolling Plains and Morse schools. After completing her school Rose became a bank secretary in Swift Current. Rose married Elmer Wessner in July of 1961 and they resided on the Wessner farm south of Morse. On the farm Rose became a homemaker, helped with farm chores and raised her and Elmer’s four sons. Rose loved the simplicity of farm life and her passion was the many various animals on the farm. Rose spent many hours in her large vegetable garden and fresh baking was always a guarantee. As the boys started school and extra-curricular activities, Rose’s life became more involved. Rose could be found helping out with the many activities the boys were involved with and supporting them throughout. Rose also volunteered at various places and events in the community and was a member of the Allied Arts Council and The Morse Seagull Players. Community was a large part in Rose’s life and she was well known as the “Tupperware Lady” sales rep in the area for many years. During the summer months Rose always looked forward to nieces and nephews spending time at “Aunt Rose’s” farm. In later years it was great-nieces and grandchildren coming to the farm. Family meant a lot to Rose. From raising four sons and attending their milestone moments to when grandchildren started arriving and became the new joy in her life. Rose would drop almost anything for her grandchildren and was always there and enjoyed many hours with all of them. Even though Rose was busy with family and community she always found time for herself, where that be crocheting and afghan or other various items, to reading, doing crosswords, baking, cooking or breaking out in song. Everyone loved Rose’s singing voice and would enjoy when she sang to them. After her husband, Elmer’s stroke in 2000, which left him a resident at the Herbert Nursing Home until his passing in 2005, Rose decided looking after the farm was more than she could manage. So she moved into Morse in November of 2001 and took on a casual position at the Morse library to fill her time. Rose was diagnosed with dementia in 2007 and her health forced her to relocate to the Prairie Pioneer Lodge in Swift Current. She would later relocate to the Swift Current Care Centre and then the Meadows. Rose is survived by her four sons; Brent (Janette), Terry, Russel (Marla) and Dean (Michelle); six grandchildren, Crystal (Garet), Brandon, Alexis, Darren, Braydon, and Sarah; two great-grandchildren Toby and Bryson. Rose is also survived by two brothers, Don (Marj) Gammel, Lloyd (Myrna) Gammel, one sister Joyce (Art) Lapointe, sister-in-laws Marj Gammel, Wilma Burant and Lorreta Buhr; brother-in-law Earl Schruder as well as numerous nieces and nephews. Rose was predeceased by her husband, Elmer; children Janette and Neil in infancy; parents, August and Theresia (Rosie); brother, Les; nephew Colin Sauder and many in-laws. As per Rose’s wishes, there will be no funeral service held. Due to the current Covid-19 restrictions, the family will hold a private family graveside service in the spring of 2021 in Morse, SK. Memorial donations may be made to the Alzheimer’s Foundation in memory of Rose. For further information or to sign the family book of condolence, visit www.parksidefuneralhome.com Arrangements are in care of Parkside Memorial Funeral Home – Ryan Cappelle & Hayden Cappelle
To plant a beautiful memorial tree in memory of Rose Wessner, please visit our Tree Store

Look inside to read what others have shared
Family and friends are coming together online to create a special keepsake. Every memory left on the online obituary will be automatically included in this book.
View Tribute Book
Services for Rose Wessner
There are no events scheduled. You can still show your support by planting a tree in memory of Rose Wessner.
Plant a tree in memory of Rose

Share Your Memory of
Rose
Upload Your Memory View All Memories
Be the first to upload a memory!
Share A Memory
Plant a Tree