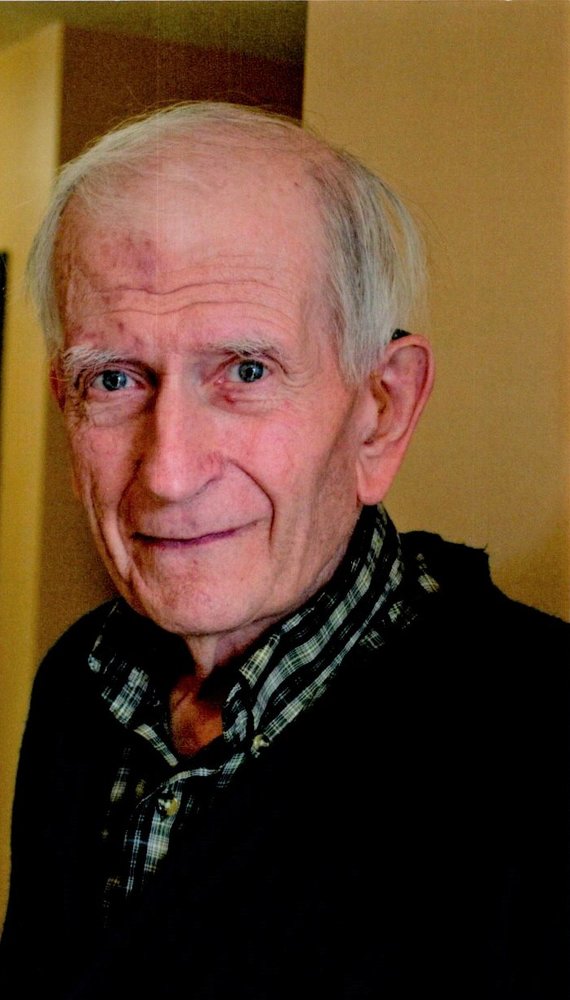 Please share a memory of Johnny to include in a keepsake book for family and friends.
View Tribute Book
WALL – John “Johnny” passed away peacefully on September 26, 2020 at the Meadows Long Term Care Facility at the age of 86. He was born in Springfeld, SK on November 20, 1933 to Heinrich and Maria (Wiebe) Wall. At about 1 ½ years of age he was very sick with the measles and as a result developed nerve deafness to which there was no treatment for at the time. He was deaf the rest of his life with only a little help from the use of hearing aids. Being deaf his whole life was difficult and he was often frustrated because he wanted to talk to others so badly. He had a limited vocabulary and had difficulty communicating well with others outside of the family. He did have some schooling at Amphion School and was a bright student with much potential and developed remarkable penmanship. As a boy he helped on the farm and later worked in construction with his father, brothers and brothers-in-law. When they moved to town he helped his dad take care of the yard cutting grass, shoveling snow ect. After his dad’s passing he helped his mother for many years until her passing and then lived alone for many years, looking after his house, yard and some meals. Later he moved to the Heritage Towers and then to the Swift Current Care Centre which he enjoyed very much. He then moved to the Meadows in 2016. He enjoyed walking with his walker to the Community Centre. As his health began to decline he ended up in a wheel chair and remained mostly in his House #19. He was always very happy to see family come to visit, and loved his nephews and nieces very much, always giving a big smile and asked what they were doing. He loved to shake hands with everyone and never forgot a face and could name almost anyone he ever met. He is survived by two sisters; Mary Klassen and Kay Patzer; on brother-in-law, Abe Klassen and many nieces and nephews. He was predeceased by his father Henry H Wall in 1985, his mother Maria Wall in 1996, two brothers Henry Wall and Jake Wall; one brother-in-law Zeke Patzer; and two sisters-in-law, Margaret Wall and Anne Wall. John will be greatly missed by all who knew him. A funeral service was held on Thursday, October 1, 2020 at 2:00 p.m. at Parkside Memorial Funeral Home and the interment was held at Hillcrest Cemetery, Swift Current, SK. In lieu of flowers donations can be made to the Meadows Auxiliary in memory of Johnny. For further information or to sign the family book of condolence, visit www.parksidefuneralhome.com Arrangements are in care of Parkside Memorial Funeral Home – Ryan Cappelle & Hayden Cappelle.
To send flowers to the family or plant a tree in memory of Johnny Wall, please visit Tribute Store
Wednesday
30
September

Share Your Memory of
Johnny
Upload Your Memory View All Memories
Be the first to upload a memory!
Share A Memory
Send Flowers
Plant a Tree