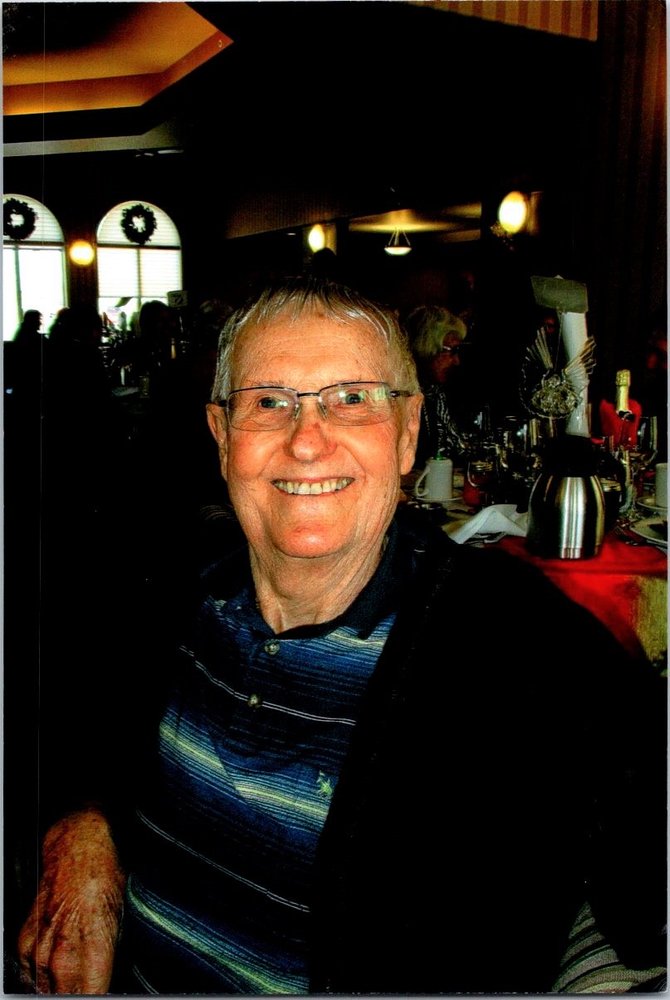 Please share a memory of Harry to include in a keepsake book for family and friends.
View Tribute Book
BASSENDOWSKE - Harry passed away on Saturday, September 19, 2020 at the Meadows Long Term Care Facility. Harry Lloyd Bassendowske was born on a farm near Bateman, SK on December 22, 1933 to Jacob and Susanne Bassendowske. Harry had two brothers, Victor, deceased at the age of 4 and Ethan. Harry attended his primary school years in a one room country school called West Slope, near Kelstern, SK. The family moved to Herbert in 1945 where Harry finished his public and high school, graduating in 1952. Harry married Marie Funk in 1956 and they moved to Swift Current in 1958 where Harry obtained employment as a Highway Traffic Officer. Harry and Marie had 3 children, Clark (deceased), Gregg (Patricia), Gayle (Mark). Marie predeceased Harry in 1998 from a short battle with progressive cancer. Harry had two hobbies, one was ham radio. After passing the exams he was issued the call VE5HB in 1961 and was active talking to his friends and amateur radio until his passing. He also had a keen interest in airplanes, both full size and models. Before “9-11” he always asked the stewardess if he could visit the flight deck to talk to the pilots. He was never denied that privilege. He learned to fly model airplanes in 1995 and he spent many hours building, flying and fixing airplanes. He also had a keen interest in the space program. For his 80th Birthday Gregg and his family treated him to an all expense paid trip to the Kennedy Space Centre in Florida. He had to be dragged out of the museum, he didn’t want to leave, there was so much to see. Harry’s charity is World Vision where he has supported various children for 45+ years. Harry is survived by 2 children, 6 grandchildren and 3 great-grandchildren. A celebration of life service will be held on Friday, September 25, 2020 at 2:00 p.m. at Parkside Memorial Funeral Home. Due to restrictions of Covid 19 space will be limited for family and close friends only. The service will be livestreamed and the link will be posted on the funeral announcements page at www.swiftcurrentonline.com as well as on our facebook page. The private family interment will take place at Mount Pleasant Burial Park, Swift Current, SK. The livestream link of the service is posted on his funeral announcement page at www.swiftcurrentonline.com or on our Parkside Memorial Funeral Home Facebook page.
To send flowers to the family or plant a tree in memory of Harry Bassendowske, please visit Tribute Store
Friday
25
September

Share Your Memory of
Harry
Upload Your Memory View All Memories
Be the first to upload a memory!
Share A Memory
Send Flowers
Plant a Tree