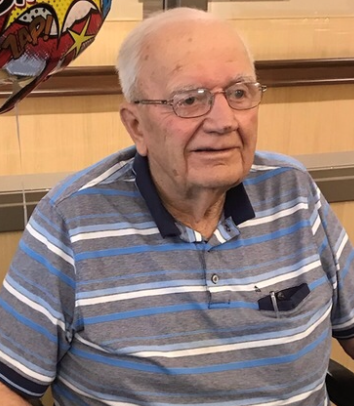 Please share a memory of Henry to include in a keepsake book for family and friends.
View Tribute Book
Henry Wall passed away and entered his Eternal Home on August 22, 2020 at the Cypress Regional Hospital in Swift Current, at the age of 93 years. Henry was born in Springfeld, SK on February 19, 1927, the second child of Heinrich and Maria Wall. He lived his entire childhood in Springfeld and attended Amphion School. He went to work as a farmhand at the age of 15. After one month there, he found an opportunity to work on the new Duncairn Dam project, and that was where his construction career was born. Henry stood out as a very capable young man and soon became a foreman overseeing large crews of men, building schools, hospitals and bridges, many of which still stand strong today. About mid-career he formed his own company with his brother, Jake, called Wall Bros. Construction. When he met Margaret Froese, she became his one true love and they were married on September 2, 1951. Henry also enjoyed cars and going fishing but his greatest joy and pastime was his family… right down to his treasured great grandchildren who lovingly knew him as Grandpa Great. Henry was a man of Faith who prayed for his family regularly. His presence, love and prayers will be greatly missed. Henry is survived by his children, Stan (Roseanne), Randall, and Brenda (Ben) Neufeld; his grandchildren, Donalee (Brian) Austring, Carrie Wall, Travis Wall and Denver (Ashley) Neufeld; his great grandchildren, Benjamin, Levi, Lydia and Chloe Austring, and Everly Neufeld. He is predeceased by his wife Margaret, parents Heinrich and Maria Wall; one brother Jake; one brother-in-law, Zeke Patzer, and one sister-in-law, Anne Wall. He is also predeceased by his parents-in-law, Henry and Agatha Froese, as well as numerous brothers-in-law and sisters-in-law.
To send flowers to the family or plant a tree in memory of Henry Wall, please visit Tribute Store
Wednesday
26
August

Share Your Memory of
Henry
Upload Your Memory View All Memories
Be the first to upload a memory!
Share A Memory
Send Flowers
Plant a Tree