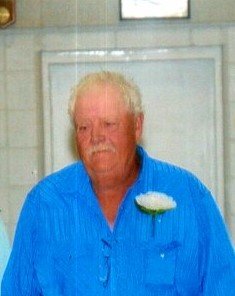 Please share a memory of Bretford "Bret" to include in a keepsake book for family and friends.
View Tribute Book
POWELL – Bretford “Bret” William – it is with heavy hearts that we announce the sudden passing of Bret at his home in Cantuar. A private family gathering will take place with a Celebration of his life at a later date. Bret married Jeneen Letkeman on February 14, 1975 and in 1980 they moved to Cantuar where he resided until his passing. They had 2 children, Stacey in November 1975 and Ken in February 1979. Bret’s biggest passion was for hunting, be it birds or big game. Anyone who hunted with Bret knew if he said to be here by said time, you better be no less than 15 minutes early but 30 minutes was better or the bus was leaving without you. Nothing was more important in the fall of the year than hunting. He always had an idea on how to build the next best Hunting Blind. He never got to try his latest creation, which will be “Christened this Fall”. He spent many years working in the oil industry from oil rigs to building leases. Occasionally he would try something different from delivering mail for Canada Post, Metro Tire & Auto to a farm hand at Mac Garretts. Bret and Ken worked on their farm together for 20 plus years, but he always seemed to return to the oilfield. The past few years Bret was semi-retired working on the farm, checking out all the local auction sales for a great deal, but secretly he just went for the pie. Then in the winter he worked at the Chaplin Salt Mine for the salt harvest. He also enjoyed watching and playing hockey, curling and baseball. He is survived by his wife, Jeneen, his daughter Stacey (Rod Stregger) of Herbert, and his son Ken (Patricia) Powell and was a very proud of his grandson Kolston of Cantuar; sister-Lynn (Lance) Wotypka & families and brother-in-law Nathan Letkeman and families. Bret was predeceased by his parents, William (Bill) Powell & Freda Powell as well as parents-in-law Jake & Tena Letkeman. Bret never missed a chance to stop and chat on the side of the road or at the coffee shop and discuss farming and hunting. Donations in Bret’s memory can be made to a charity of your choice. For further information or to sign the book of condolences, visit www.parksidefuneralhome.com Arrangements are in care of Parkside Memorial Funeral Home – Ryan Cappelle
To plant a beautiful memorial tree in memory of Bretford "Bret" Powell, please visit our Tree Store

Share Your Memory of
Bretford "Bret"
Upload Your Memory View All Memories
Be the first to upload a memory!
Share A Memory
Plant a Tree