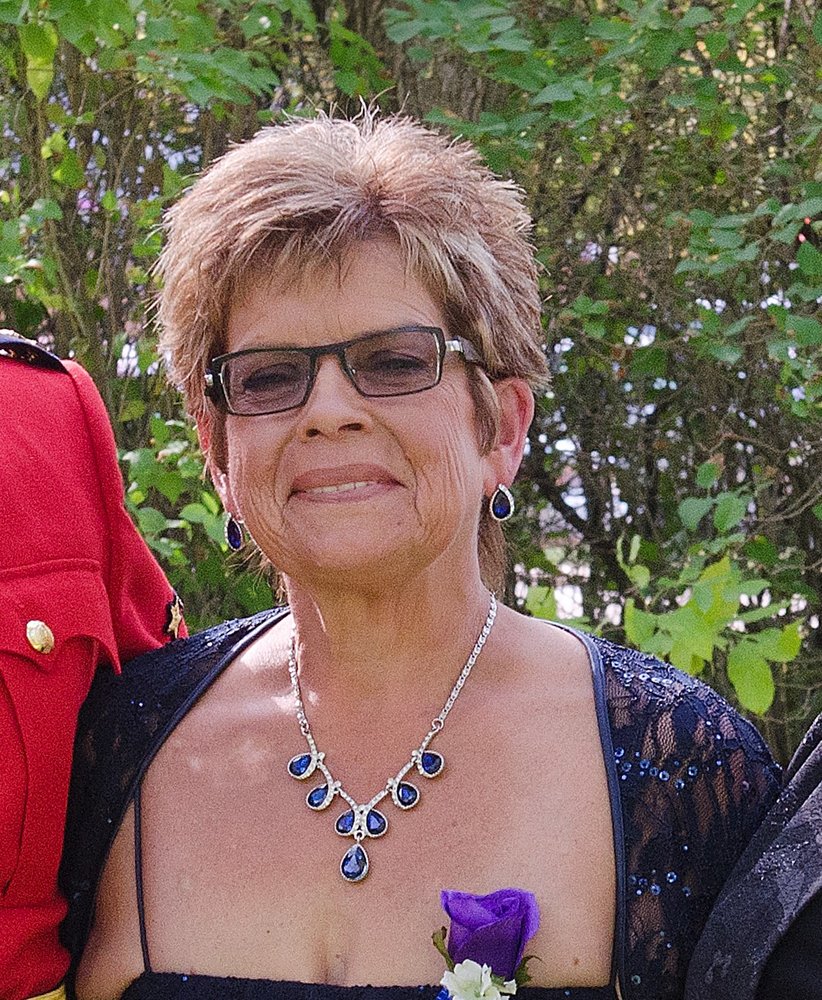 Please share a memory of Laurel to include in a keepsake book for family and friends.
View Tribute Book
WHITE – LAUREL (October 4, 1955 – July 17, 2020) It with heavy hearts that the family of Laurel Janet White wish to announce her passing at age 64. She passed away peacefully with her husband, Dave, and daughter, Kimberly, at her side. Laurel will be forever remembered by her devoted husband of 39 years, Dave White; Daughter, Kimberly Murray, her husband, Chad, along with Laurels pride and joy, grandson Kade; and her loving parents Ronald and Walterean (Wally) Popein. Laurel is also survived by brother Gary (Monika) - nieces and nephews Jennifer and Andrew (Jessica)- Lincoln and Riley Mae; and brother Tim (Carolyn) and nephew Devon. Laurel was predeceased by her brother Donald. Laurel was born in Yorkton, Saskatchewan on October 4th, 1955; the second oldest of 4 children to Ron and Walterean. The family moved to Swift Current in 1957, where Laurels parents have remained ever since. A few years after graduating from the Swift Current Composite High School, Laurel and her brother, Tim, decided to move to Edmonton, Alberta. In the meantime, on a similar path, Dave White had decided to move to Edmonton from Kingston, Ontario. Laurel and Dave had both started jobs at a ski shop in Edmonton where they met. After 6 short weeks of dating, David knew that he wanted to spend the rest of his life with Laurel and proposed. They married on September 5th 1981 in Kingston, Ontario. After a few years of marriage, Dave decided to become part of the Royal Canadian Mounted Police and they moved to Regina to be in the same city that he would doing his training. Dave started training on August 8th 1985 and on September 12th 1985 Laurel gave birth to their one and only child, daughter Kimberly. Over the years Laurel, Dave and Kimberly moved to Cut Knife, Kindersley, Eastend and eventually back to Swift Current in 2006. Laurel was known for selling Happy Hippo bath bombs at the farmers market in the summer and opening a shop at Christmas time in the Swift Current mall. Laurel loved crafting, going for coffee with friends, shopping, having lunch dates, spending time outside, fishing, spending time with her parents, husband, daughter, son in law; but most of all, spending time with her grandson Kade. Laurel always said that Kade brought her more joy than she could have ever imagined. There will be private family service. In leu of flower we ask that donations be made in her name to Stars Air Ambulance 1441 Aviation Park North East Box 570 Calgary, AB. T2E 8M7. For further information or to sign the family book of condolences, visit www.parksidefuneralhome.com Arrangements in care of Parkside Memorial Funeral Home – Ryan Cappelle.
To plant a beautiful memorial tree in memory of Laurel White, please visit our Tree Store

Look inside to read what others have shared
Family and friends are coming together online to create a special keepsake. Every memory left on the online obituary will be automatically included in this book.
View Tribute Book
Services for Laurel White
There are no events scheduled. You can still show your support by planting a tree in memory of Laurel White.
Plant a tree in memory of Laurel

Share Your Memory of
Laurel
Upload Your Memory View All Memories
Be the first to upload a memory!
Share A Memory
Plant a Tree