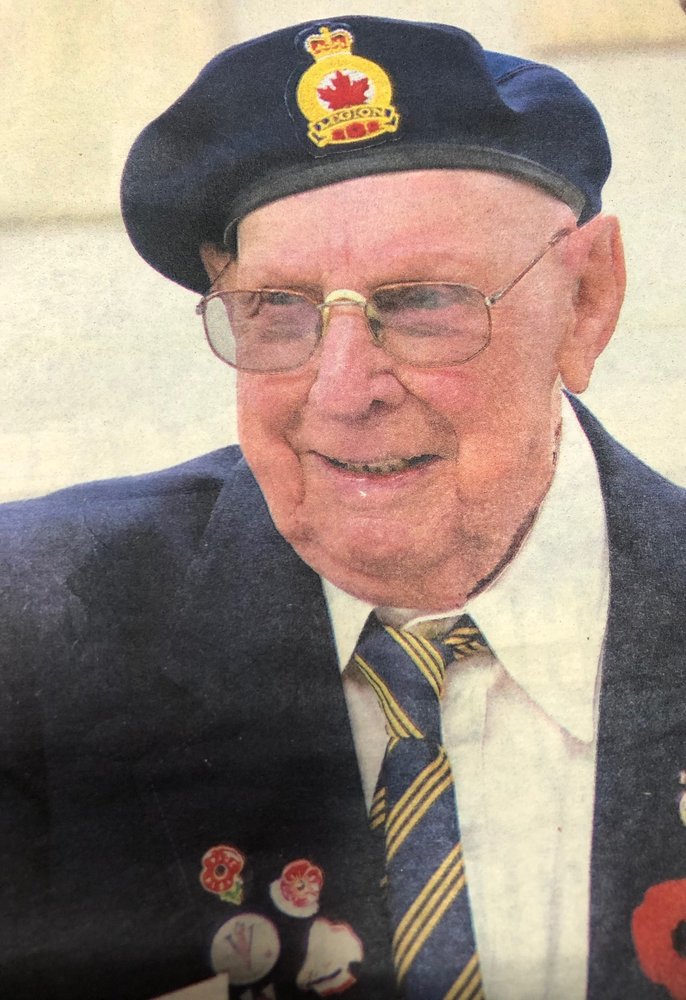 Please share a memory of Lee to include in a keepsake book for family and friends.
View Tribute Book
TONEY – LEE “Dayton” was born in Gull Lake, Sk. July 23, 1921. His parents Charles & Rose Toney homesteaded there after moving from Virginia. After high school he attended technical school in Moose Jaw taking business admin. At age 21 he joined the signal corp in the army & went overseas until the war was over. At his position there he was the one who received the message via teletype that the war was over. He married the love of his life Hazel Becker in Swift Current June 15, 1946. In 2017 they were both still living in their own home and celebrated their 71st anniversary. Dayton farmed & worked as postmaster at the post office in gull lake for a short time. He was active in the community with many organizations, among them the Legion & the Shriners. His hobby was woodworking & he had a little shop set up in his yard. He prided in giving the crafts he made to nieces & nephews. He & Hazel traveled extensively in the states, visited her relatives in England, & lastly Mexico where they both loved the ocean. Dayton recently talked about “moving down by the water” as it had made such a lasting impression on him. He was predeceased by his parents Charlie & Rose, brothers Bob, Bernard & Ted, and his wife Hazel. He is survived by his sister Coralea, daughters Debbie & Cindy & numerous nieces & nephews. He was a kind & gentle man that will be greatly missed. A family graveside service will be held on July 23, 2020 at 2:00 p.m. at the Gull Lake Cemetery, Gull Lake, SK. For further information or to sign the family book of condolence visit www.parksidefuneralhome.com Arrangements are in care of Parkside Memorial Funeral Home – Ryan Cappelle & Hayden Cappelle.
To send flowers to the family or plant a tree in memory of Lee Toney, please visit Tribute Store
Thursday
23
July

Share Your Memory of
Lee
Upload Your Memory View All Memories
Be the first to upload a memory!
Share A Memory
Send Flowers
Plant a Tree