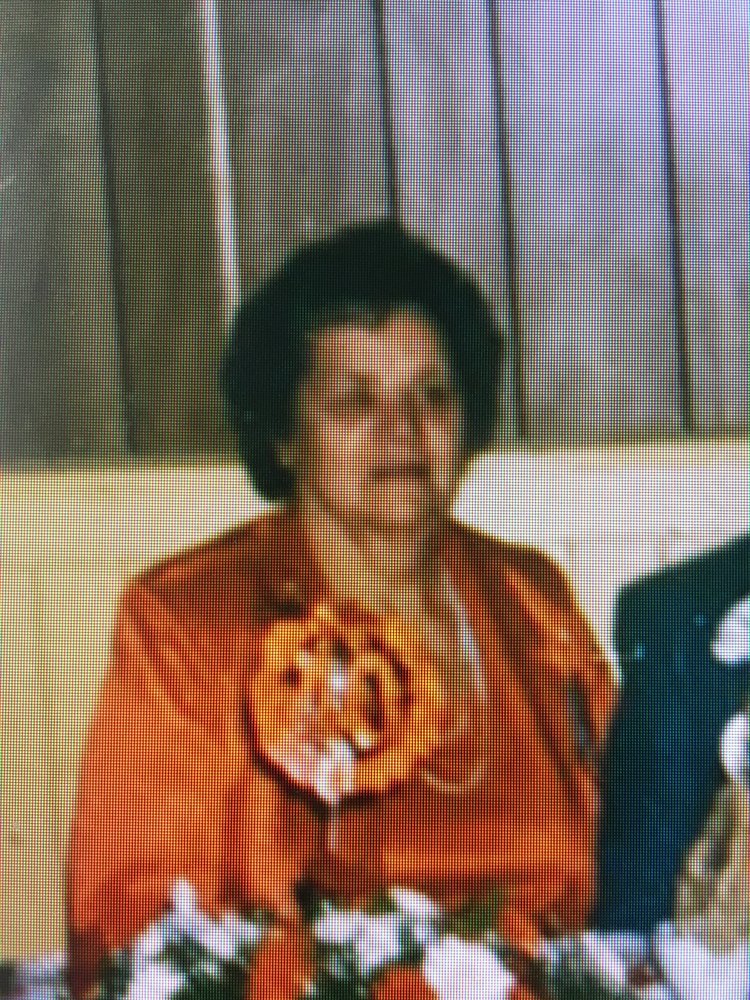 Please share a memory of Mary to include in a keepsake book for family and friends.
View Tribute Book
KNAAP – MARY was born on March 9, 1922 in the Ukraine. She passed away on Monday, June 23, 2020 at Riverview Care Centre in Medicine Hat, AB. She came to Canada in 1928 to a farm Northwest of Gravelbourg, SK. They moved 2 times to different farms around the area. She started school at age 8 and was educated at various schools around Vanguard and Glen Bain, SK. She later graduated from Teachers College in Moose Jaw, SK. She taught at Easby, Arnold and later Gravelbourg and Woodville. She met Peter while teaching at Woodville and later married him in 1949. They lived in Woodville until 1985 when they retired to Swift Current, SK. Peter passed away in 1993. She is survived by 5 children; Julie Straza of Calgary, AB, John (Jean Marie) of Ponoka, AB, Wayne (Kim) of Maple Creek, Elaine Knapp of Medicine Hat and Bud (Kathy) of Glentworth. She is also survived by many grandchildren and great-grandchildren, nieces and nephews. She really loved her life at Fir Mountain and Peter was so easy going and kind to her throughout the years. Raising her children was the highlight of her life. Times were often tough and we had to do without many of life’s comforts but it brought us all closer together. She remembers the bad winters and how it stormed everyday one year. She had so many good memories, like the year her son got sick in the storm and how the neighbors were so good to us and helped with everything they could to make sure we were ok. Mary had a good long life and was pretty healthy right up until the last few years. She will be missed very much by all her family and friends. A funeral service will be held on Monday, June 29, 2020 at Parkside Memorial Funeral Home with burial beside her husband Peter at Memory Gardens Cemetery, Swift Current, SK. In lieu of flowers donations can be made to the charity of the donor’s choice in memory of Mary. For further information or to sign the book of condolence, visit www.parksidefuneralhome.com Arrangements are in care of Parkside Memorial Funeral Home – Ryan Cappelle & Hayden Cappelle.
To send flowers to the family or plant a tree in memory of Mary Knaap, please visit Tribute Store
Monday
29
June