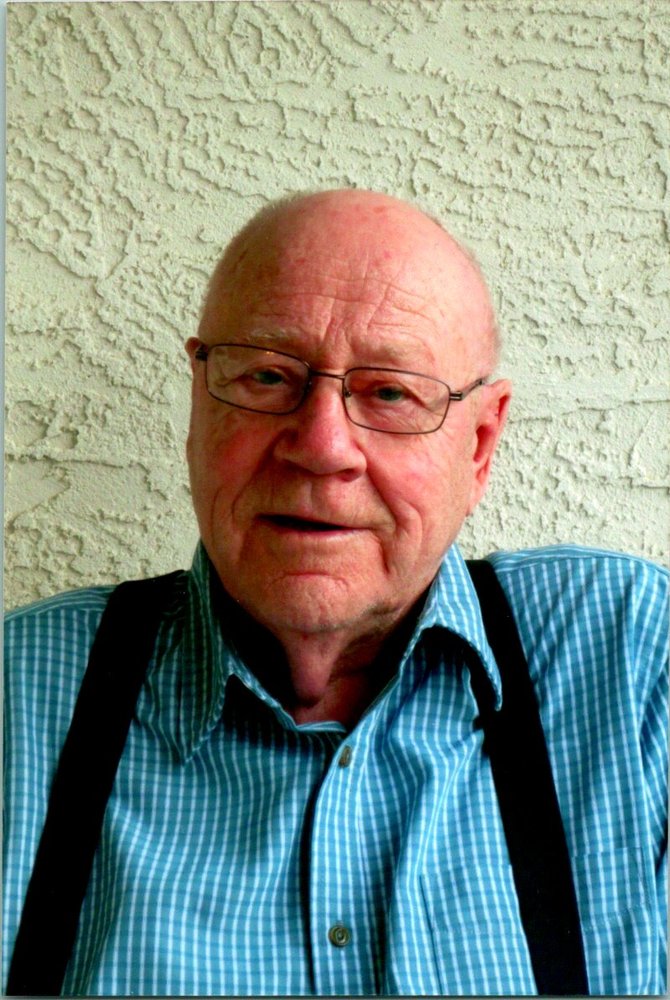 Please share a memory of John to include in a keepsake book for family and friends.
View Tribute Book
UPDATE: TO WATCH THE MEMORIAL VIDEO GO TO FACEBOOK AND SEARCH PARKSIDE MEMORIAL FUNERAL HOME PAGE TO WATCH. TACHOLSKY - John was born to Bernard and Helen Tacholsky on January 9, 1930, the 5th of 6 children. He grew up on the farm at Kelstern and attended Bolingbroke School. He enjoyed farming with his dad and enjoyed entertaining his nieces and nephews. He later went to work at several different jobs in Alberta. A few years later he returned to the farm, during this time he married Adeline Block. However, due to Adeline’s medical condition, they decided to leave the farm and move to Swift Current. Here John operated a moving business with his nephews, and also enjoyed working at the Co-op service station for a number of years – a job he really enjoyed. Sadly, the marriage ended after 15 years. Several years later John met Evelyn Lupton, and they moved to Regina a few years after their marriage. He was employed at Regina Motor Products as a service man for the next 10 years, which he thought was the best job he ever had. After 37 years of marriage, Evelyn passed away in September 2011. Encouraged by his sisters, John moved back to Swift Current, enjoyed his apartment and making new friends. When he found it increasingly difficult to look after his place he decided to move to Herbert Heritage Manor. John was so appreciative of the loving and compassionate care that he received there. John was predeceased by Evelyn, his wife of 37 years, his parents, brother Rudy (Helen), sister Bertha (Dick) Knelson, brothers-in-law Willy Wirsche and John Sabasch. He leaves to mourn his loss, a stepdaughter Patti Lupton; sisters Laura Sabasch, Sophie (Jake) Voth, Tillie (Jake) Klippenstein and many nieces, nephews and friends. May we all take comfort in knowing there is one more angel above us. John will be in our thoughts and prayers. A celebration of life service will be held on Friday, March 20, 2020 at 2:00 p.m. at Parkside Memorial Funeral Home. Donations in John’s memory can be made to the charity of the donor’s choice. For further information or to sign the family book of condolences, visit www.parksidefuneralhome.com. Arrangements are in care of Parkside Memorial Funeral Home – Hayden Cappelle, Ryan Cappelle.
To send flowers to the family or plant a tree in memory of John Tacholsky, please visit Tribute Store
Friday
20
March