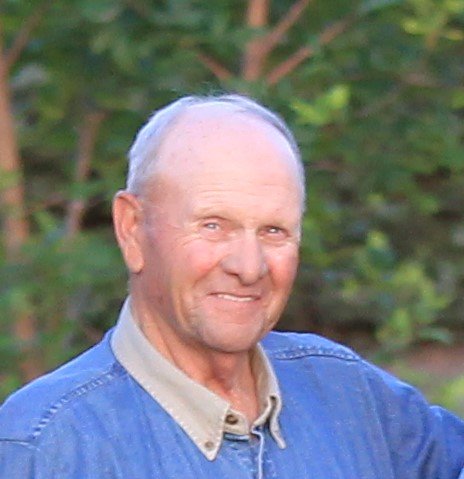 Please share a memory of Gerald to include in a keepsake book for family and friends.
View Tribute Book
Gerald Bolton, age 76, of Swift Current, SK, passed away peacefully at Cypress House on January 15, 2020. Gerald is predeceased by his wife Sheila Bolton, his mother and father, Helga and Everett Bolton, and stepmother Amy Bolton. Also, he is predeceased by his mother-in-law and father-in-law, Edythe and Edwin Stolhandske. Gerald is survived by his two sons Stacy (Jacquie) and Vince (Kathy) and two grandchildren Shae-Lynn (Clinton) Stuart and Kyla Bolton, brother Brent (Cyndi) Bolton, brother-in-law Keith (Brenna) Stolhandske as well as four nieces and two nephews. Gerald was born on June 11, 1943 in Shaunavon, SK. The end of July in that same year, his mother, Helga, passed away. At that time, he went on to live with his grandparents, Olaf and Margit Olson, in the Simmie area for a few years where he grew up speaking the Norwegian language. He attended Cedar View and Early Schools. In 1954, Everett and Amy built a house in Swift Current where they divided their time between there and the Simmie farm. In 1965 Gerald married Sheila Stolhandske and they began their life together farming near Swift Current. In 1967 they had their first son Vince. Their second son, Stacy, was born in 1969. Gerald grew up working on the farm where he learned the value of hard work at an early age. Farming was in his blood and it was a passion that he enjoyed his whole life. He never wanted to give up his shift running the combine or the seeding equipment. When he wasn’t farming, he loved being involved in various other outdoor activities. He enjoyed fishing, hunting, snowmobiling and trapshooting. Gerald was one of the founding members of the Swift Current Trap Club. One special trip that he always looked forward to each year was the late season moose camp where he got to spend a week with his boys and friends. Later in life he and Sheila bought a cabin at Duncairn Dam where they enjoyed time spent with friends and family which brought him back to the Simmie area. Other favorite pastimes included watching Bronco hockey games and attending any sporting events that his granddaughters were participating in. Gerald spent the last few years of his life as a resident at Cypress House in Swift Current as a result of his Alzheimer’s. As a family we cherish the deep bond and love that we shared with him. Although he will be missed dearly, we are thankful that he will finally be at peace. Donations may be made to the Alzheimer’s Association in memory of Gerald if people so chose. A come and go Celebration of Life will be held on Thursday, January 23, 2020 from 2-4 p.m. at the Eagles Hall, Swift Current, SK.
To send flowers to the family or plant a tree in memory of Gerald Bolton, please visit Tribute Store
Thursday
23
January

Share Your Memory of
Gerald
Upload Your Memory View All Memories
Be the first to upload a memory!
Share A Memory
Send Flowers
Plant a Tree