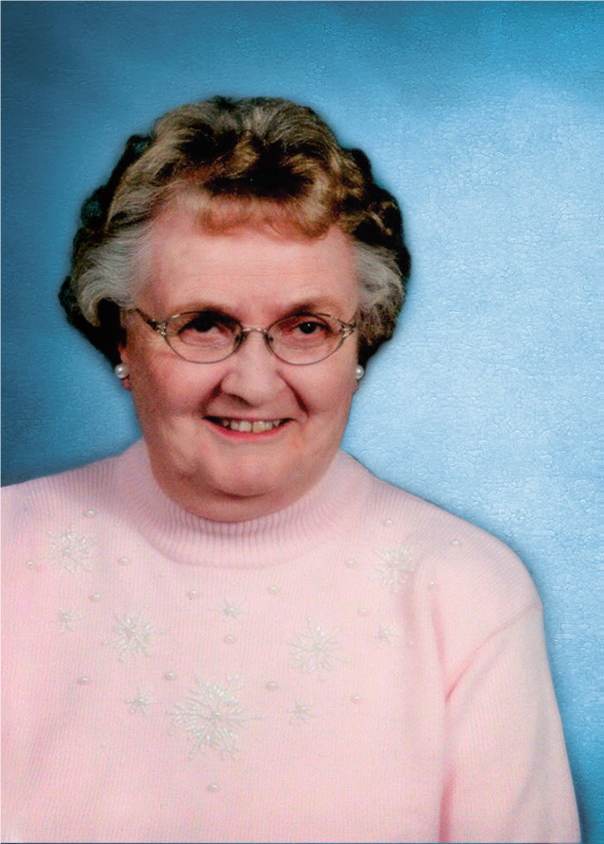 Please share a memory of Irma to include in a keepsake book for family and friends.
View Tribute Book
SCHRUDER – Irma (nee: Wessner) passed away on Wednesday, January 8, 2020 at the Meadows Long Term Care Facilities. Irma was born on July 21, 1931 on the farm in the RM of Lawtonia near Hodgeville, SK to parents Reinhardt & Augusta (nee: Welke) Wessner. Irma met Earl Schruder while she was working at the hospital in Oshawa, Ontario, they would later get married Earl on July 4, 1958 in the Evangelical Church near Morse, SK. She is survived by her husband of 61 years Earl Schruder; son Darrell (Yvette Feil-Schruder); granddaughters Samantha Schruder & Taylor Schruder; her daughter Japhia Schruder; sisters Wilma Burant, Loretta Buhr; sister-in-laws Rose Wessner, Geneva Schruder, Helen McGuire and brother-in-law Carl Schruder. Irma was predeceased by her parents Reinhardt & Augusta Wessner; brother Elmer Wessner, sister Edna Sauder, brother-in-laws Lewis Burant, Clarence Buhr, Roland Vailliancourt, Charlie Kelford, Giles McGuire, Mervin Schruder; sister-in-laws Flora Kelford, Florence Russell and Judy Gonu. The foundation of Mom’s life was her faith in Jesus, and her family. She was wise, and if you ever had a problem, or concern, or just a bit of news she would always listen. Nothing and no one will ever replace talking to Mom. She was always a good person to talk to. A funeral service was held on Monday, January 13, 2020 at 1:30 p.m. at Parkside Memorial Funeral Home. The interment took place at Hillcrest Cemetery, Swift Current, SK. Donations in memory of Irma can be made to The Meadows Auxiliary care of Eleanor Gorge 308-230 Lister Kaye Cres Swift Current, SK. S9H 0A2. For further information or to sign the family book of condolences, visit www.parksidefuneralhome.com. Arrangements are in care of Parkside Memorial Funeral Home – Ryan Cappelle, Hayden Cappelle.
To send flowers to the family or plant a tree in memory of Irma Schruder, please visit Tribute Store
Monday
13
January

Share Your Memory of
Irma
Upload Your Memory View All Memories
Be the first to upload a memory!
Share A Memory
Send Flowers
Plant a Tree