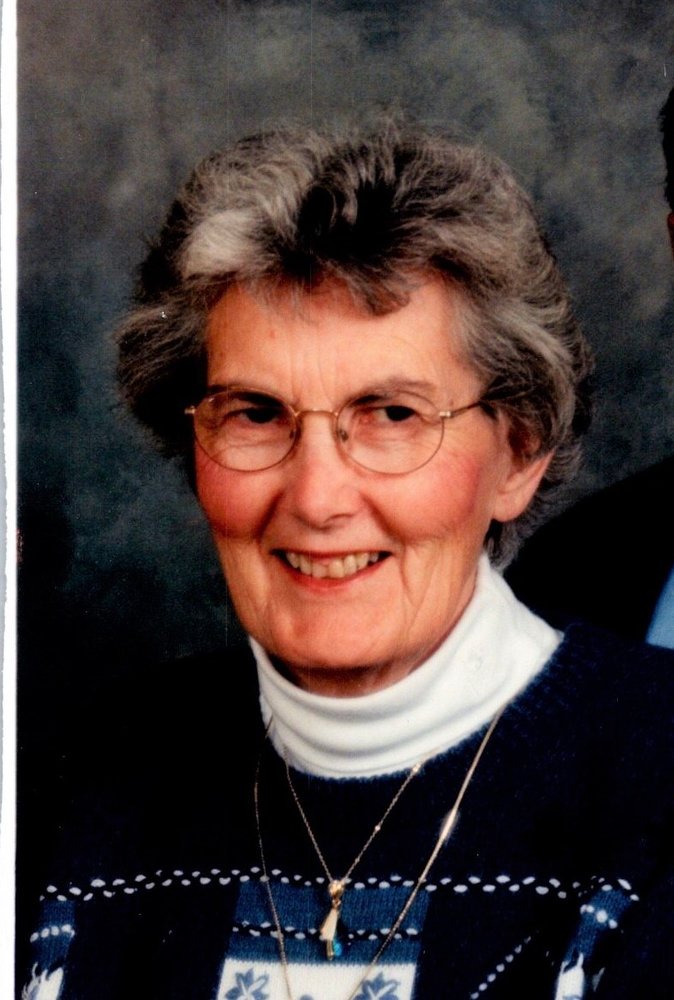 Obituary of Virginia May Pittman

Please share a memory of Virginia to include in a keepsake book for family and friends.
View Tribute Book
PITTMAN - Virginia - (April 13, 1931 - Dec. 14, 2019) It is with great sadness and also with joy that we celebrate our Mother’s journey home to Heaven to be with our Father for Christmas. Virginia May Pittman peacefully passed away on Saturday, December 14, 2019 at the Kyle and District Health Centre in Kyle, SK at the age of 88 years. Virginia was born on April 13, 1931 on the farm homestead in Rainier, Alberta. She was the fourth child of James and Edna Graham and received her public and high school education in Rainier and in 1950 she was enrolled in the Nursing Program at Holy Cross School of Nursing in Calgary. Upon receiving her Degree in 1953 she ventured east to Kyle, SK as a Registered Nurse at the Kyle - White Bear Union Hospital. Virginia married Donald Pittman on April 13, 1954 they resided on the farm. It was their home they shared with four children for the next 29 years. Virginia continued nursing but went to a part time position so that she could be at home with their children and Don. She became a Gal of all trades with the farming needs & the local veterinarian for the cattle they raised. In 1983, Virginia & Don moved off the farm and built a new home in Kyle, however she was still actively involved with the farm tasks of preparing & delivering the daily meals and farm parts to the field for her son & husband. Virginia retired from nursing in 2016. She and Don went on an Alaskan Trip right after she retired. The rest of her retirement years was time spent gardening and tending to her flowers and fruit trees. Other hobbies included knitting, reading and playing cards and watching baseball & curling and spending many hours with her children and their families. After Don’s passing, Virginia remained in their home until December of 2016. She moved into Southview Apartments in Kyle and resided there until she had some misfortunate falls and independent living was no longer an option for her. She became a resident at the Kyle & District Health Centre on June 19, 2018 and remained there till her husband Don and the Lord called her home for Christmas in Heaven! Don was the Love of her Life, her children the Pride of her life, her grandchildren & great children were her Joy of her life and she was the most compassionate & generous and polite Wife, Mother, Grand & Great Mother, friend & Registered Nurse that anyone could wish for! Virginia is predeceased by her husband Donald, Infant Son - Mark; Granddaughters; Arlee Woodrow, Emilee Pittman and Lisa Woodrow: Parent’s - James and Edna Graham, two sisters & one brother in law Edna (Gordon) Ferne and Margaret Neudecker. Brother’s Jim Graham, Dick & sister in law (Kay) Graham. Father and Mother in Law - Isaiah and Emma Pittman, two sisters &brother in laws Hazel (Roly) Mutlow and Marie (Currie) Pegg and sister in law Lavonne Pittman. Left to treasure her memory are Daughter’s Linda (Rodney) Woodrow, Shari (George) Akister, her Son Warren (Wanda) Pittman, Daughter Deanna (Brendon) Endicott. Grandchildren: Jamie (Jolie), Miranda Woodrow, Michael (Carrie), Darren (Megan) Akister, Brittany, Conrad, and Kylie Pittman, Shayla & Shawna Endicott. She also leaves behind ten great grandchildren; Jade, Emersyn, Kade Woodrow, Luke, Shanelle, Mark O’Connor, Emmett, Ryder, Lillian, Easton Akister as well as many numerous nieces and nephew and family friends and nursing colleagues. Virginia was laid to rest next to her husband Don and Infant Son, Mark at the White Bear Cemetery, White Bear, SK. Donations in Memory of Virginia may be made to the Kyle United Church “Memorial Fund” P.O. Box 443, Kyle, SK S0L 1T0 or to the “University of Calgary” with Memo Note “Holy Cross Alumni Association Bursary” Address: Fund Development, University of Calgary 2500 University Drive N.W. Calgary, AB T2N 1N4 (Bursary Fund Setup by Former Alumni Nurses to assist Students in Need of Financial Assistance while obtaining their Nursing Degree.) For further information or to sign the family book of condolence, visit www.parksidefuneralhome.com. Arrangements are in care of Parkside Memorial Funeral Home – Ryan Cappelle & Hayden Cappelle.
To send flowers to the family or plant a tree in memory of Virginia Pittman, please visit Tribute Store
Saturday
28
December

Share Your Memory of
Virginia
Upload Your Memory View All Memories
Be the first to upload a memory!
Share A Memory
Send Flowers
Plant a Tree