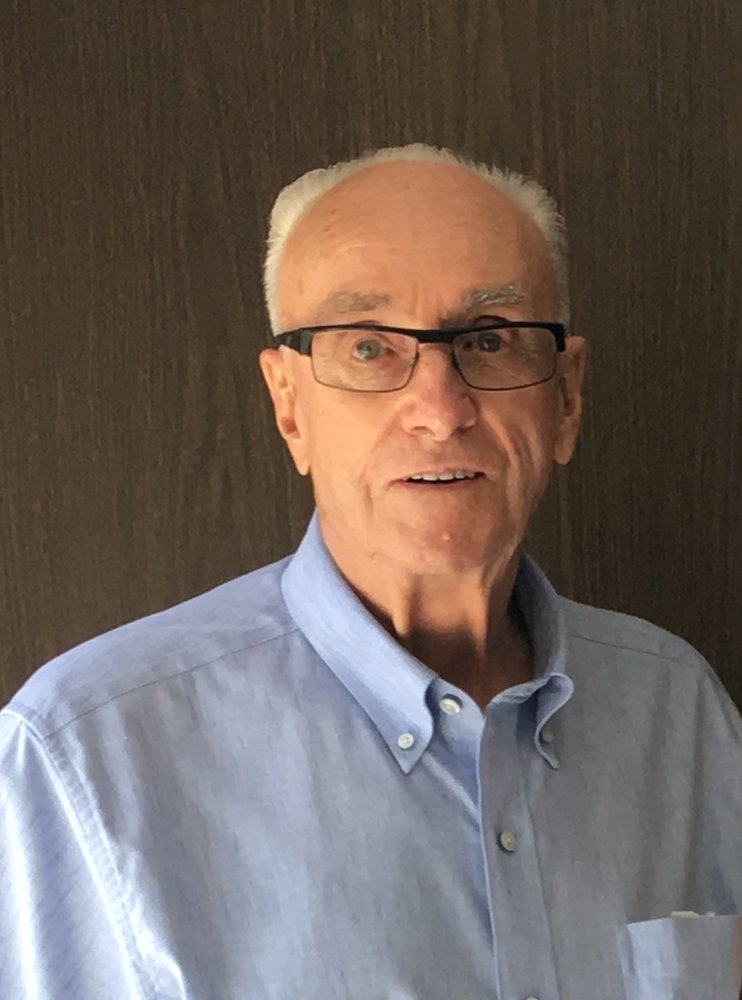 Please share a memory of Allan to include in a keepsake book for family and friends.
View Tribute Book

GUENTHER - Allan Myrl, age 90, of Swift Current and formerly of Hallonquist, passed away December 4, 2019 at the Meadows in Swift Current.  Allan was born in Vanguard, Saskatchewan on August 26, 1929.  He was the second son to Pearl May (Siebert) and Leeland Edward Guenther.  He is survived by wife, Della, and his four children, Terry (Donna), Neil (Karen), Bonnie (David), Ross (Gwen), and Della’s family, Donna (Dave) Pylypow, Les (Bev) Maxwell, Linden (Eunice) Maxwell, and Heather (Cal) Koellmel.  Also survived by 17 grandchildren, 20 great grandchildren, Doug’s family (Patti, Lyle, Holly) and sister-in-laws, Rose and Grace.  Predeceased by parents Leeland (1984) and Pearl (1994) and brother Doug (1979).  He grew up in Hallonquist and attended Wiwa View and Hallonquist schools. Enjoyed hockey, ball, and curling in his younger years.  He actively farmed until moving into Swift Current in 1982 but continued to be involved in the farming operation until his death.  Enjoyed travelling to various places, south to the US, Hawaii, Mexico, Alaska, England, Wales, various places across Canada from Vancouver Island to Newfoundland.  Allan and Della enjoyed many summers at the cabin at Lac Pelletier with family and friends.  He enjoyed woodworking, gardening, and fishing in his later years.  He will be greatly missed.  Thanks to the staff at the Gull Lake and Meadows care homes for the excellent care he was given.  And a special heartfelt thanks to Swift Current Home Care staff for all their compassionate care, enabling Allan to remain in his home as long as he did.   A memorial service will be held on Tuesday, December 10, 2019 at 2:00 p.m. at Parkside Memorial Funeral Home.  Donations in memory of Allan can be made to the Dr. Noble Irwin Healthcare Foundation.

To send flowers to the family or plant a tree in memory of Allan Guenther, please visit Tribute Store
Tuesday
10
December

Share Your Memory of
Allan
Upload Your Memory View All Memories
Be the first to upload a memory!
Share A Memory
Send Flowers
Plant a Tree