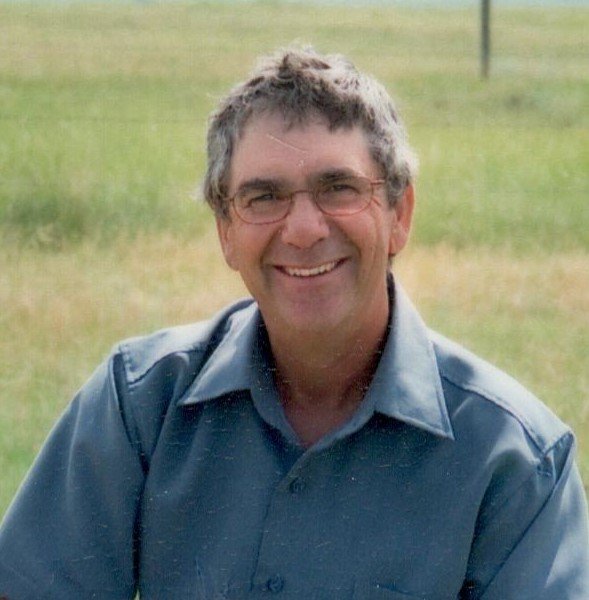 Please share a memory of Gary to include in a keepsake book for family and friends.
View Tribute Book

HORVEY - Gary Wayne passed away in the Cypress Regional Hospital on November 23, 2019 at the age of 64. He was predeceased by his parents, Gordon and Joan Horvey, and his brother, Wesley Horvey as well as his mother-in-law Eleanor Wotherspoon. Gary is survived by his wife Debbie Horvey; daughters Jill (Neil)Booth, and Karla (Kyle) Horvey; sons Darren (Nikki), and Duane (Kristin) Horvey; brothers Russel (Cheryl), Bert, and Lyndon (Brenda) Horvey; sister Kathy (Kevin) Marshall; sister in law Audra Horvey; grandchildren Aubrielle, Kaydence, and Nikko; father-in-law Davie Wotherspoon, brother-in-law Darrell (Donna) Wotherspoon, sisters-in-law Maureen (Colin) Wotherspoon and Janice (Rich) Bissonnette as well as numerous nieces and nephews and cousins. He was born on September 23, 1955 in Cabri, Saskatchewan and lived his whole life on the Horvey farm in the Cabri/Pennant area. Gary served his community in many different ways over the years. He previously volunteered for the Cabri Credit Union board, Cabri School board, the Matador community pasture committee, the Cabri Regional Park board, Miry Creek Irrigation Association, and the Saskatchewan Wheat Pool Committee. He was most recently acting as the Chairman of the Scandia Lutheran Church board as well as a board member of the Southwest Lutheran Parish and the Cabri Housing Authority Committee. As a youth, Gary participated in the Cantuar 4H club and helped the family show Galloway cattle across Western Canada. He was also a part of the Cabri Brass band, playing the trombone. Gary enjoyed spending time with his family; playing with his grandchildren, telling jokes, and taking silly pictures. Gary has worked hard on the farm his whole life and was proud of his ability to maintain a herd of Galloway cattle and work the land. Farming was in his blood. The funeral service will be held on November 30, 2019 at 2:00 p.m. at the Cabri Community Hall with Pastor Greg Kiel officiating.  The family would appreciate memorial donations to go to Scandia Lutheran Church in Cabri, Saskatchewan. For further information or to sign the family book of condolence, visit www.parksidefuneralhome.com.  Arrangements are in care of Parkside Memorial Funeral Home – Ryan Cappelle & Hayden Cappelle.

To send flowers to the family or plant a tree in memory of Gary Horvey, please visit Tribute Store
Saturday
30
November

Share Your Memory of
Gary
Upload Your Memory View All Memories
Be the first to upload a memory!
Share A Memory
Send Flowers
Plant a Tree