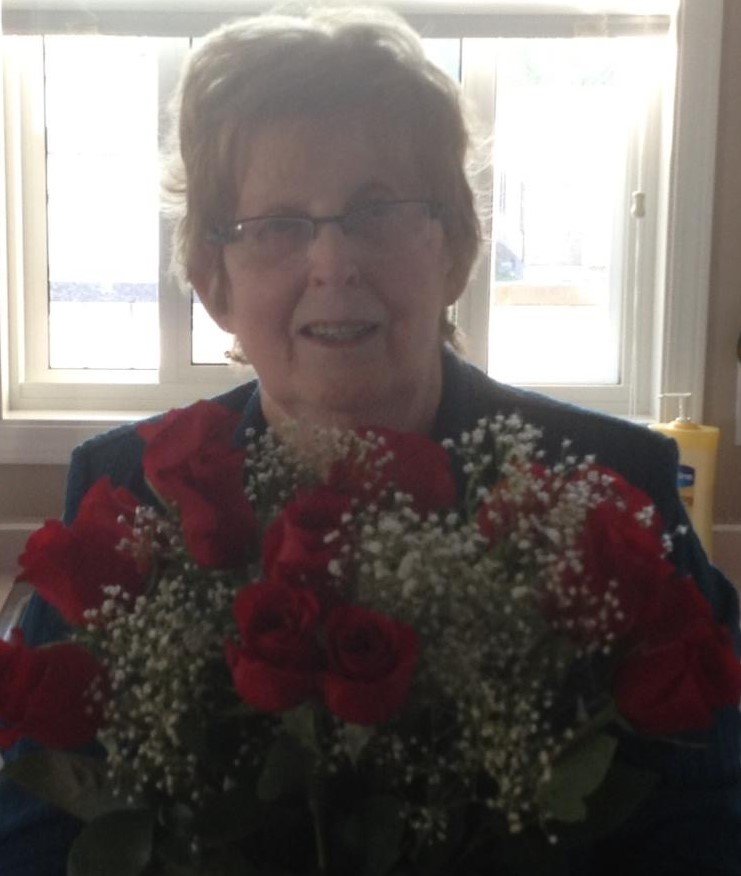 Please share a memory of Helen to include in a keepsake book for family and friends.
View Tribute Book

GUPPY – Helen Reta was born July 14, 1933 in Swift Current Saskatchewan raised and lived by the Swift Current creek in the Ashley Park area. She was predeceased by her mother Edna Cleveland, her father Reginald Cleveland, her six siblings: Robert Cleveland, sister Jean Lyon (Cleveland), brother Jim Cleveland, brother Hugh Cleveland and brother Pat Cleveland. She is survived by brother Douglas Cleveland (wife Doreen).  She had a big family growing up with lots of family and friends around as well in the 1930s and 1940s. There were big family gatherings around the kitchen table where one and all were invited to come and dine with the Cleveland family at any given time. Hard times were shared lovingly and generously with her family.  She attended Elmwood public school and high school at Beatty collegiate. She took a steno commercial course at the end of her grade 11 year and went on to work for close to 40 years in all kinds of offices and businesses in Swift Current including law offices, social service offices, SGI, etc. She retired in 1981.  She met our dad (Trevor Guppy) in the 1950s through her brother Jim, who introduced them. Dad had just come to Canada from Great Britain in 1947. He was living with his sister in Kyle and working on the bridge at the Saskatchewan landing at the time and came to Swift Current. He met uncle Jim and they became friends and he introduced my mom to him. They started dating and were married September 11, 1954. Jim Cleveland was the best man and Margaret- Ann Pearson, mom’s good neighbor and friend, was her bridesmaid. They resided in Swift Current after marriage. Two years later daughter Shelley (Guppy) Hahn was born. Four years later son Brent Guppy was born. She and dad raised their family in Swift Current. They owned their own home and worked until retirement in 1981. They came to Christ in 1979 through great family friends Ellie and Arnold Dyck and attended Assembly of God church, now known as Family Community Church. They were strong attendees and made many church friends there. Mom taught Sunday school and kids club and oversaw the church kitchen and banquets for many years.  Mom and dad loved to travel and they went on many bus tours together to different parts of the USA, eastern and western Canada. They took a trip back to the UK in 1979. There was a strong bond between mom and dad, they were inseparable and complemented each other. They went on lots of walks together and loved their afternoon teas together. Mom loved to read and she was a great organizer of family dinners and functions. Mom and dad moved to Saskatoon in 2007 and lived there for a time until September 2009 when they’ve moved back and bought their condo in Swift Current. Dad passed away in the Meadows on June 26, 2017 after a long battle with dementia. Mom was a loving caregiver for him. She missed him dearly. She battled ailing health as well but in June 2018 she went on her last long trip to Vancouver Island with her daughter Shelley and son-in-law Darrell. She loved it. After long stints in hospital due to health issues she finally moved out of her condo into Prairie View for a few months, then back to hospital and finally the Meadows where she finally passed away peacefully to be reunited with dad and her Lord on September 30, 2019.  She loved her family very much! She spent many enjoyable hours with her children and grandchildren playing board games and cards. She’s survived by her to loving children: Shelley (Guppy) Hahn (Darrell), grandson Josh Hahn (Kirsten) great grandson Ben and granddaughter Rachel Hahn. Son Brent Guppy (Joanne), grandson Tyler Guppy( Janeen),great-grandchildren: Logan, Aliyah Seth, grandson Keegan Guppy, great grandson Madden and grandson Stephen Guppy.  Many thanks go out to the wonderful nursing staff and caregivers at the Meadows long-term care. Mom so appreciated each one of them! Many thanks to Dr. Hein De Klerk as well who took so great care of both her and dad! The Guppy family is so grateful! Please make all donations to the mission work through Family Community church on mom‘s behalf thank you.  Thank you to Ryan and Parkside Funeral Home for all their help as well.  A funeral service will be held on Saturday, October 5, 2019 at 2:00 p.m. at Parkside Memorial Funeral Home.  The interment will take place at Hillcrest Cemetery, Swift Current, SK.

To send flowers to the family or plant a tree in memory of Helen Guppy, please visit Tribute Store
Saturday
5
October

Share Your Memory of
Helen
Upload Your Memory View All Memories
Be the first to upload a memory!
Share A Memory
Send Flowers
Plant a Tree