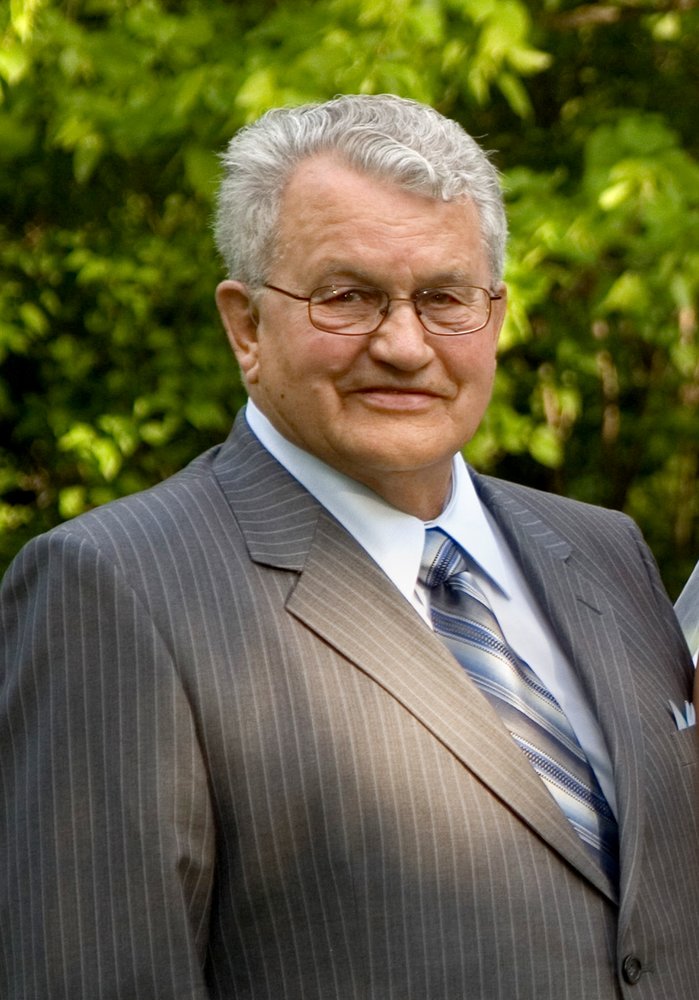 John B. Neustaeter, age 85, passed away on July 11, 2019 at The Meadows Long Term Care Home with family watching him go to Heaven. John was born in the Swift Current District on April 8, 1934 to Katherina (Loeppky) and Wilhelm Neustaeter. He grew up in Schoenfeld, SK, working on the family farm with his parents and two older brothers, Bill and Jake. John’s relationship with Christ was very important to him and growing up he won many awards for memorizing scripture verses.  John married the love of his life, Margaret (Klassen) on December 4, 1960 in the Schoenfeld Church and were married for 58 wonderful years. They bought their family farm in 1966 in Wymark, SK where they spent the next 50 years raising their three children and farming their land.

John started working as a truck driver when he was a teenager and then went on to work at United Motor Electric, fixing electric motors. After leaving that job he went on to drive school bus for over 10 years. However, farming was John’s passion and he loved spending time on his land and working in the yard. He could most often be found outside, alongside his dog. John was skilled at repairing things and spent much time puttering around with small tools and appliances. He loved taking things apart to see how they worked – even trying to convince his wife to let him take apart her new mixer on Christmas Day to see how it was built. John loved travelling and enjoyed trips to visit his children and grandchildren as well as to places like California, Mexico, and Hawaii.

John was actively involved in the Chortitz Mennonite Church. He was baptized there as a young man and went on to be head usher in the church for many years. John loved hymns and was a very talented singer – singing in church and even a few years singing with a barbershop group.  John spent the last four and a half years in the care home but never complained. He was always so very happy to see his wife, children, grandchildren, and family. Even as his health declined he continued to smile and joke around with visitors and the staff.

Thank you to all the staff at The Palliser and The Meadows who cared so wonderfully for John the past few years and the staff at Parkside Funeral Home for their compassion and assistance. Thank you to Dr. Bakare and special thanks to Dr. Banks for the excellent care John got after Shingles affected his eye. A celebration of John’s life will be held on Tuesday, July 30 at 2pm at Bridgeway Community Church. The family would appreciate any donations to be made to the Hospital Chaplaincy Program (c/o Bridgeway Community Church).

To send flowers to the family or plant a tree in memory of John Neustaeter, please visit Tribute Store
Monday
29
July