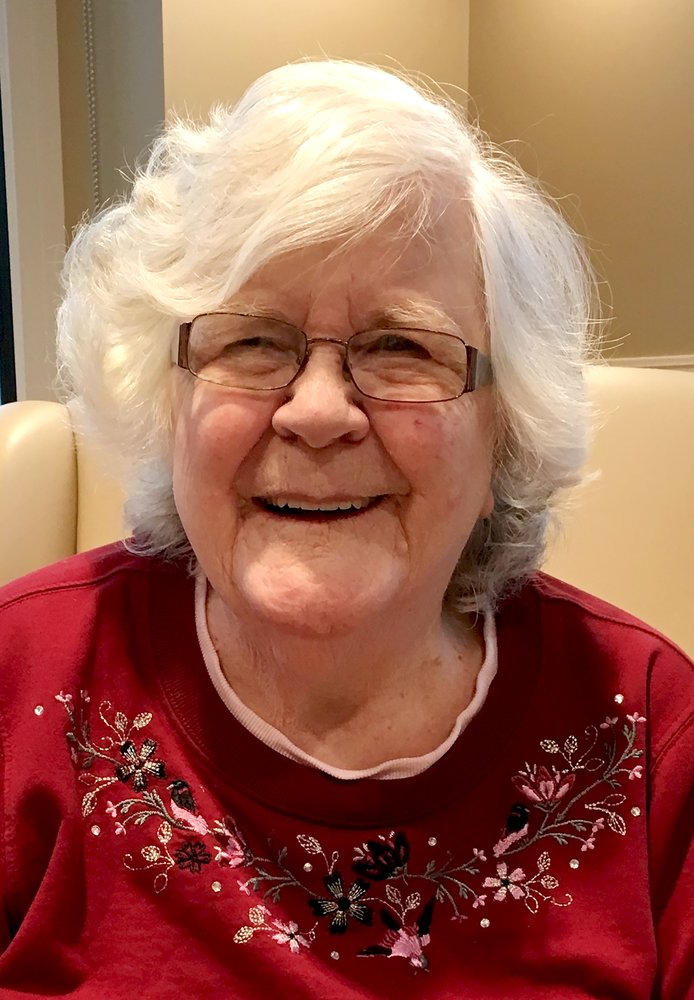 Please share a memory of Susan to include in a keepsake book for family and friends.
View Tribute Book

Susan Graham MacReady (Spiess) - Susan passed away on  March 28, 2019 at the Meadows in Swift Current.  She is survived by her children Frank Spiess (Laurie), Valerie Abd-El-Aziz (Alaa; sons Ahmad and Kareem), John Spiess (Deanna, daughters Jessica Perrault [Justin; sons Joey, Jeremy, Jake], Morgan Spiess [Nathan, daughter  Natalie]), Nancy Smith (Gary; sons Matt Smith [Chantel; daughter Charlotte and son Marcus] and Colton Smith).  Susan was born in Portsmouth, England on March 16, 1935. At a young age, she decided to pursue a career in nursing. She took her training in nurse midwifery in England, then moved to Victoria, BC with her sisters Mary and Penny. While working in Bonnyville, AB, she met Jack Spiess, who was visiting his older brother Charles and his future wife Holly, who was Susan’s friend and co-worker. Susan and Jack were married in 1961 and settled in Val Marie, SK, where they ranched and Susan continued nursing. She was well known for her volunteerism and caring for many members of the Val Marie community. Jack and Susan also volunteered with St. John’s Ambulance. While raising her children, she worked at Ponteix Hospital. Later on, she worked at the Palliser in Swift Current and the Swift Current Union Hospital as a RN.  Jack and Susan moved to Swift Current in 1983, with Jack passing away in 1993. “Granny Susan” was known for her quick wit, dry sense of humor, her infectious smile, resilient attitude, and most importantly, her love for her family.  Memorial donations may be sent to the Dr. Noble Irwin Foundation, 2051 Saskatchewan Drive, S9H 0X6, or to the Catholic Women’s League (C.W.L. 942), 1850 Springs Dr. Swift Current, SK S9H 4E1.

To send flowers to the family or plant a tree in memory of Susan Graham MacReady (Spiess), please visit Tribute Store
Monday
1
April

Share Your Memory of
Susan
Upload Your Memory View All Memories
Be the first to upload a memory!
Share A Memory
Send Flowers
Plant a Tree