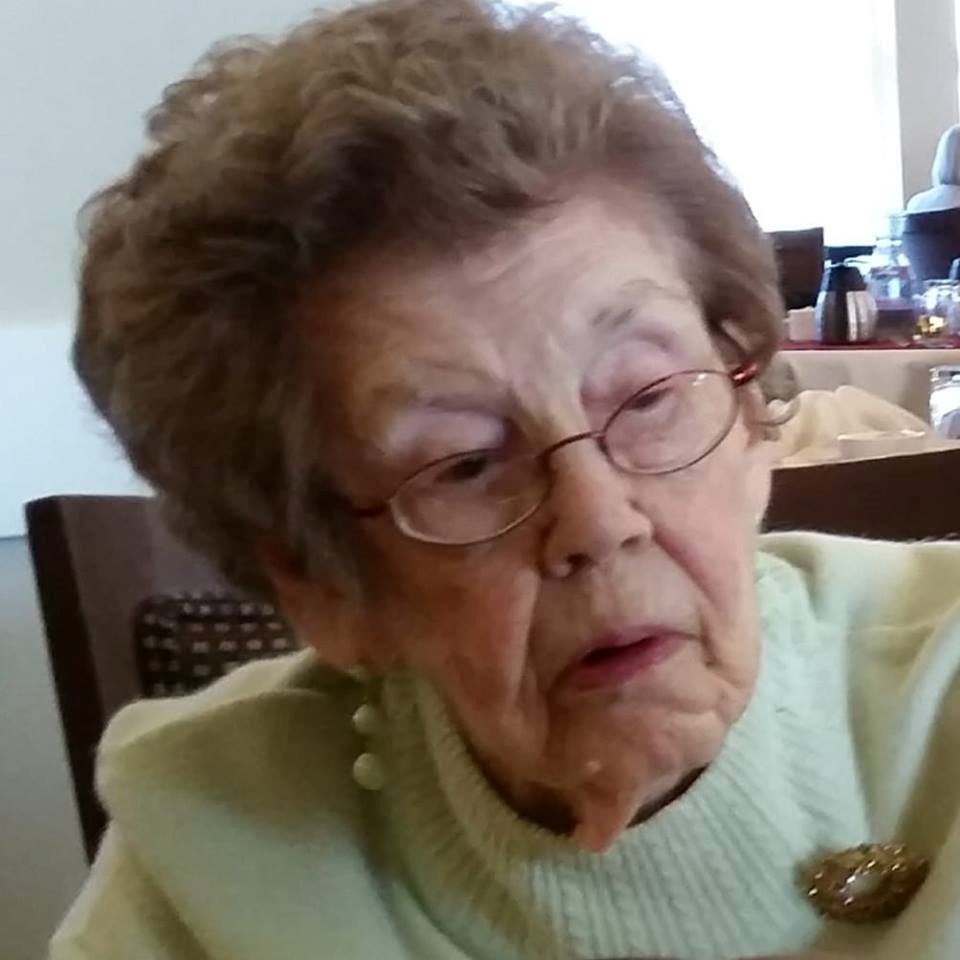 MARSH - Elizabeth (Doris) passed away gently in bed on the first day of spring 2019, at The Meadows community care facility in Swift Current at the age of 103.  Doris was born Feb. 20, 1916 at Oxbow, Sk. To Albert and Jean Batt. She received her education at Coldridge and Purple Hills schools. She moved to Regina in the late 30’s and was married to Clifford Marsh on July 6, 1940. She was employed at Simpson-Sears for 19 years. She attended Rosemont United Church, was a choir member, and belonged to the UCW. In 1971 Doris and Cliff moved to Kelowna, BC.  There she was employed at Sears and the Underhill Medical Clinic. She became a member of St. Paul’s United Church. In March of 2005, she moved to the Bentley in Swift Current where she resided until 2017, when she transferred to The Meadows in Swift Current.  Doris was very proud of her Saskatchewan roots, and of course her Saskatchewan Roughriders. Her pastimes included oil painting, sewing, crocheting, knitting, and other crafts. She liked to play cards, especially with Chris and Ahren. She became a greatgrandmother to Micheal and baby Elizabeth, who was named after her.  She was predeceased by her husband Cliff, and brothers John Batt and Bill Batt, both of Oxbow.  Doris is survived by her sons Wayne Marsh (Caecilia) of Guelph and Dale Marsh (Mayvis) of Swift Current, grandsons Chris Marsh and Ahren Marsh (Kelli), greatgrandchildren Micheal and Elizabeth. She is also survived by her brother Jim Batt (Della) of Oxbow and sister Jean (Gurney) of Regina. She was blessed by many nieces and nephews that she loved so much. To all her much loved family and friends she wanted to say “Don’t say good night, but in a brighter land, bid me good morning.  Her ashes will be interred at the Outdoor Columbarium Niche Memorial Park Cemetery, Regina, SK.  A private family service will be held at a later date.  For further information or to sign the family book of condolence visit www.parksidefuneralhome.com.  Arrangements are in care of Parkside Memorial Funeral Home – Ryan Cappelle.

To plant a beautiful memorial tree in memory of Doris Marsh, please visit our Tree Store

Share Your Memory of
Doris
Upload Your Memory View All Memories
Be the first to upload a memory!
Share A Memory
Plant a Tree