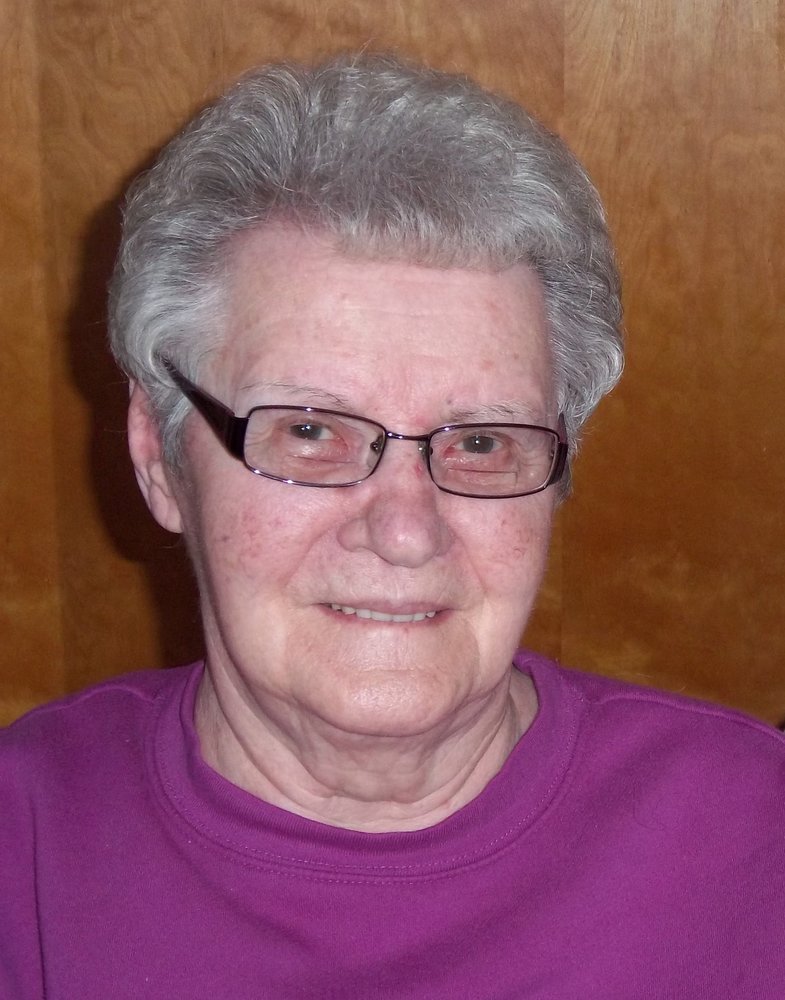 ROGOWSKI - Margaret “Rose”, age 90, passed away on Sunday, March 17, 2019 at the Meadows with her family by her side.  Margaret was born on June 11, 1928 at the family farm near Plunkett, Sk. to Fred and Annie (Reiber) Nugent.  She was the 6th child of 9 children.  She had two birth certificate dates, June 11 and June 13.  She often joked about this saying she could celebrate her birthday for 3 days in a row.  Growing up on the farm, Rose did a lot of outdoor chores along with her brothers, while her older sisters helped in the house.  Mom walked to school in Plunkett with her brothers and sisters.  She gained the nickname “BUTCH”, as she always looked out for the younger kids and no person was going to do something she didn’t agree upon.  When Rose was 16 years old, she moved to Melville, Sk. to candle eggs and finished her high school by taking night classes.  While working in Melville, she met a handsome soldier, Nick Rogowski, and they were married on May 17, 1947.  Two boys, Richard and James were added to the family.   Their home was a place where all the relatives would come in the summer, and some even stayed for a month or so.  Her homemade perogies, borscht, cabbage rolls and gumdrop cake were a hit with everyone.  Mom volunteered at the Blood Donor’s clinic for 25 years, and at Donor’s choice for charities.  She proofread articles at the Melville Advance newspaper and worked at Sears.  Mom never had anything lying around- if it wasn’t used for a year, it was thrown out.  Her basement was empty! Rose was a story teller in her later years.  She would say, “I only tell you what you want to hear.”  She smoked for over 62 years but would tell someone that she only smoked for 3 years just to keep Nick company.  Dad died in 2000 and Mom stayed by herself in Melville.  In December 2008, Mom fell and fractured her hip.  After recovery, she moved to Swift Current to live with Jim and his family.  By now, her diabetes was becoming more severe, and glaucoma was causing the blindness in her eyes.  In November 2010, Rose entered the Palliser Regional Care Centre and then the move to the Meadows in 2016.  She enjoyed her life in the facilities and spoke very highly of the staff and fellow residents.  Only one time did she disagree with things- that was during the move from the Palliser to the Meadows.  She and some of her friends had decided they were going to get a house, do their own cooking, cleaning and buying groceries, all while in wheelchairs!  Once she moved into the Meadows, she loved it- especially because now she had her own bathroom! She also had a place to visit with her family.  Mom tried to live her life by the rules of her faith.  Margaret Rose was predeceased by her husband Nick, her son Richard (1978), her parents, 5 brothers and 2 sisters. Rose is survived by her son, James (Dawn) Rogowski and their children, Chrystal (Steven) Carman, and Michael (Erin) Rogowski (Kiana and Emberlynn); her grandchildren Jennifer Rogowski (Madisen and her child Izaura), and Joanne (Rory Campbell) Rogowski (Ashley and her two children Kaisha and Gage, and Dylan); her sister Mary Cranch, sister in law Therese Rogowski, brother in law Ben Rogowski, and brother /sister in law Ray and Shirley Rogowski as well as numerous nieces and nephews. Mom will be forever loved and deeply missed by all who knew her.  Donations in Margaret’s memory may be made to the Canadian Diabetes Society.  A Memorial Service will be held at 2:00 on April 2, 2019 at Parkside Memorial Funeral Home, Swift Current, Sk.  Interment Service will take place at a later date at St. Henry's Cemetery in Melville, Sk. For further information or to sign the family book of condolence, visit www.parksidefuneralhome.com.  Parkside Memorial Funeral Home was entrusted with the arrangements.

To send flowers to the family or plant a tree in memory of Margaret Rogowski, please visit Tribute Store
Tuesday
2
April

Share Your Memory of
Margaret
Upload Your Memory View All Memories
Be the first to upload a memory!
Share A Memory
Send Flowers
Plant a Tree