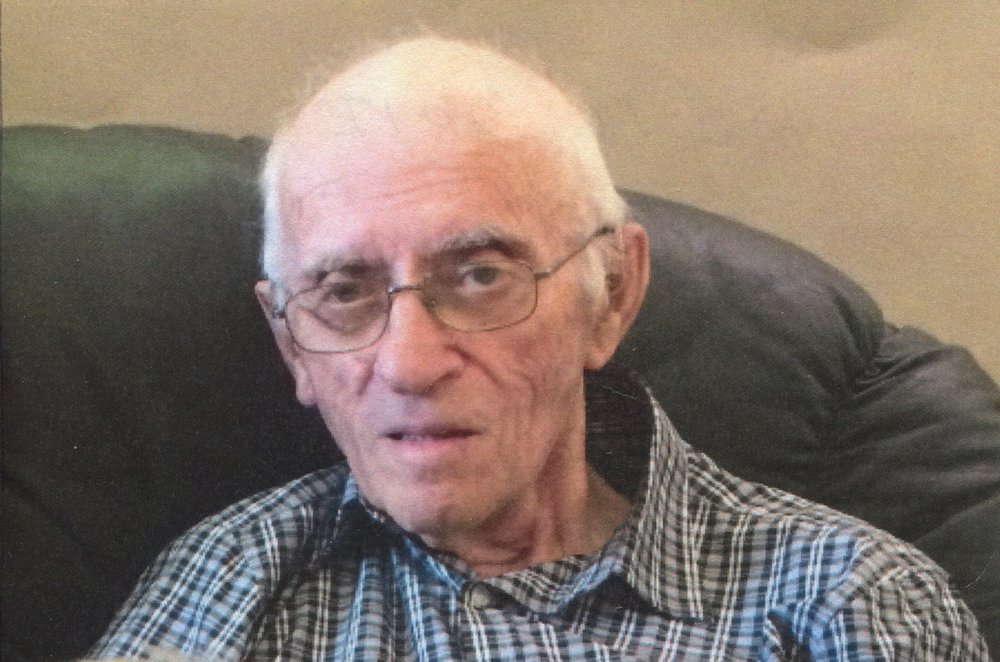 McGUIGAN – EARL ALBERT  age 87 passed away peacefully with his wife Mary by his side, at the PHCC in Cabri, SK on Friday, December 28, 2018.  Earl was born on November 8, 1931 to Barney and Clara McGuigan on the farm south of Cabri, SK.  He is survived by his loving wife Mary (nee Parker) of 62 years, brother Barry (Judy), brother in law Bill Parker (Jean), sister in law Ruth Cruise and numerous nieces and nephews and cousins.  Earl was predeceased by parents Barney and Clara, infant sister Ada, sister Carol Hintz, brother in law Ed Hintz, mother and father in law Rose and Alex Parker, sister in laws Margeurite and Elsford Lang, Evelyn and Jim McCutcheon, Loyce and Ralph MacNeil, bother in laws, Jim (Helen) Parker, Dick (Rita) Parker and George Cruise.  Earl attended Mistletoe School till 1944.  He fondly remembered many good classmates, especially George Schinbein, who guided him home during the dust storms of the 30’s.  He completed his schooling at Kings County, then started driving children in the district to Cabri for school.  In the winter this was with horse and cutter and in good weather in a truck.  Earl loved farming.  Farming was his pride and joy.  He farmed from the age of 14 with his dad and uncle Olaf Moe.  In 1949 when he rented his first quarter of land.  He and Olaf and Barney continued to farm together for many years.  Later Barry worked with them.  Later he and Mary farmed on their own till 2001.  Earl loved travelling, snowmobiling, fishing, camping, and curling.  He also loved to drive around and look at the crops.  He and Mary were 49 year ticket holders of to the Swift Current Broncos.  The family would like to thank the staff at the PHCC in Cabri for the excellent care given Earl for the last 1 ½ years.   A memorial service will be held on Saturday, January 12, 2018 at 2:00 p.m. at Scandia Lutheran Church in Cabri, SK with Dr. Reverend Greg Kiel.  Memorial donations in memory of Earl can be made to the PHCC in Cabri or to the Alzheimer’s Society.  Arrangements are in care of Parkside Memorial Funeral Home – Ryan Cappelle.

To send flowers to the family or plant a tree in memory of Earl McGuigan, please visit Tribute Store
Friday
12
January

Share Your Memory of
Earl
Upload Your Memory View All Memories
Be the first to upload a memory!
Share A Memory
Send Flowers
Plant a Tree