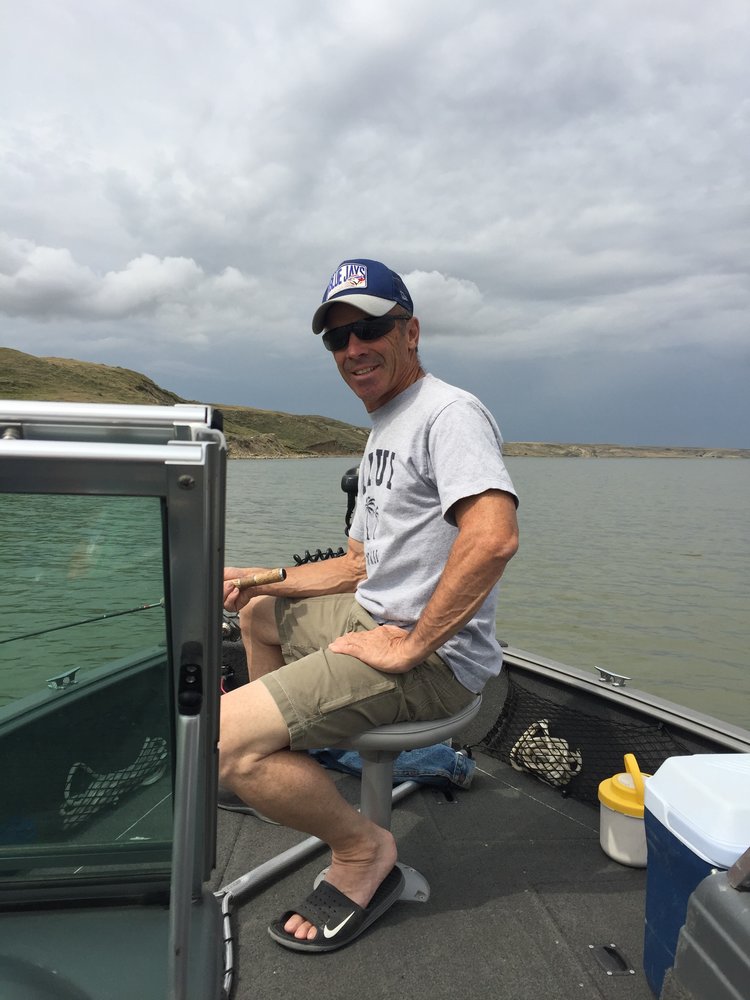 HERON - Lyle Allen passed away peacefully on November 18, 2018 at Royal University Hospital with his family by his side. He was born August 17, 1953 to Glenn and Lorraine Heron at Cabri Hospital and five minutes later was followed by his twin sister Lynn. Lyle will be greatly missed by his family: wife Brenda of 40 years; children Renee Honoway (Sean & Ashlyn), Jamie Heron (David Reimer) and Tyler Heron (Jessica); siblings Rose Anna Johnsrud (John), Lynn Mclean (Brian), Ken Heron (Donna), Dixie Heron (David McEwen),  eight nieces and nephews and their families; mother in law Eileen Allen; brothers in law Wayne Allen (Josee), Robert Allen (Lisa) and David Allen (Aggie); sisters in law Wendy, Glenna (Bruce), twelve nieces and nephews and their families. Lyle was predeceased by his parents Glenn and Lorraine Heron, father in law Glen Allen, brother Benjamin Heron, and nieces Sharolyn and Angelina Handbury. Lyle spent his youth between Cabri and Saskatoon. He was involved in cubs, hockey and wrestling. He won the Saskatoon City Wrestling Championships three years in a row and placed in provincials all three years. His first job was at the Robin Hood Flour Mill in Saskatoon. He completed the Renewable Resources Program at SIAST in 1975.  In 1978 Lyle married Brenda Allen. They settled in Cabri and had three children - Renee, Jamie and Tyler. Before the kids, Lyle and Brenda spent a lot of time on their motorcycle, taking many trips through Canada and the United States. He always had some form of motorcycle or dirt bike around to ride. He worked for TransCanada Pipelines for 37 years and also farmed.  Lyle loved the farm. Farming was always a large part of his life, whether helping his parents, others, working his own land, or working around the yard. In the last few years he always had his pet kitties on the farm to spoil. They all knew the sound of his truck and would come running for their treats. He always found good homes for his babies and would shed a few tears as he let them go. Lyle would do anything for his kids and spent countless hours driving them to activities, teaching them about his passions and interests and spending quality time with them. Life was always an adventure.  Lyle was always involved in the community, whether on a board, coaching or reffing hockey, teaching power skating or teaching wrestling to high school students to name a few. He ran the skating rink plant for years and could quite often be found putting the perfect edge on someone's skate blades.  Fitness was a large part of Lyle's life. He was always training, running or going for long walks in the country. He always had an active role in the local fitness club. In 2014 he ran a half marathon in Saskatoon with his son Tyler, the rest of the family cheering them on from the finish line.  Lyle had a passion for hunting and fishing. He spent hours scouting animals and looking for the next best fishing spot. As much as he loved "getting the big one", his biggest thrill came from helping others get theirs. When he found that new trick or hook he could never keep it to himself, he always had to share with others.  Lyle always had a project on the go. Most recently he was working on completing a walk in big game cooler and a new garage. He never liked to sit still for too long, unless he was having a good visit, telling stories, or watching sports - usually hockey, baseball, hunting or fishing. He enjoyed the occasional Bud Light during these times and always offered them to others.  Lyle was a selfless, caring man who always put others ahead of himself. Even in death, his wishes were to be an organ donor. He was able to do this, leaving a lasting gift for other families. He will be greatly missed by all that knew him.  The celebration of life service for Lyle will be held on Saturday, November 24, 2018 at 2:00 p.m. at the Cabri School in Cabri, SK.  Donations in memory of Lyle can be made to the Cabri Fitness Club or to the Cabri Ice Centre.  For further information or to sign the family book of condolence, visit www.parksidefuneralhome.com.  Arrangements are in care of Parkside Memorial Funeral Home – Ryan Cappelle

To send flowers to the family or plant a tree in memory of Lyle Heron, please visit Tribute Store
Saturday
24
November

Share Your Memory of
Lyle
Upload Your Memory View All Memories
Be the first to upload a memory!
Share A Memory
Send Flowers
Plant a Tree