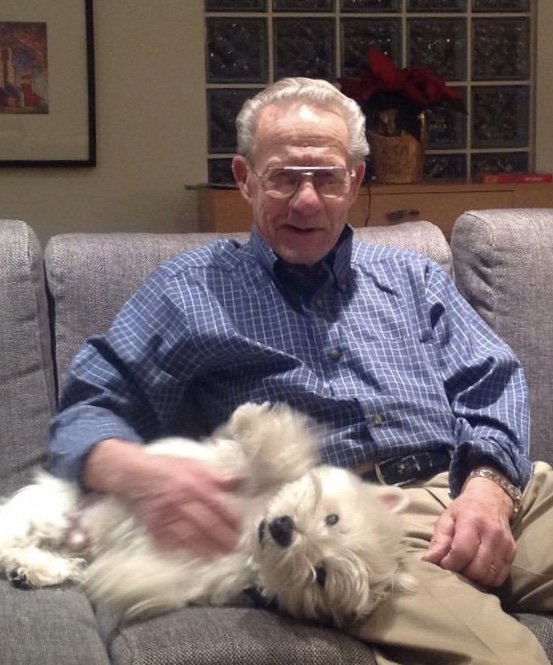 HORN – ORVILLE - There are different sorts of luck in this world. Lucky breaks can help people make great advancements in their careers. Lottery luck can create instant millionaires. Having a great family is the best kind of luck. And the very luckiest people belong to Orville. That's us. We lost him last Sunday, October 28.  Orville spent 61 of his 89 years as an occasionally exasperating but utterly devoted husband to Darlene. For most of those years, he was a frequently exasperated but utterly devoted father to Deidre and Danica. He lived a life of kindness. No one was a prouder husband, father and grandfather, a more enthusiastic celebrator of his Norwegian heritage or a more resourceful finder of the worst dad jokes.  Orville was born in 1929 to Kristian and Louise Horn in Shaunavon. He was a little brother to Ethel, and later, a big brother to twins Vernon and Milton (Tony). The stories he told of growing up on the Saskatchewan prairie kept us rapt throughout our childhood and beyond. They were usually meant to impart wisdom and practical safety advice (don't try to slap a horse's bum from a moving vehicle 'cause you'll break your arm), but they also gave us the most amazing insight into that time and place and helped us to know grandparents we never got to meet. Of course there was also the entertainment value, which was second to none.  In 1952 Orville moved to Gull Lake where he established an auto body business. He sold up and retired 60 years later, aged 82. He said that for years he worked because he had to but later and for many more he worked because he wanted to. In addition to holidays spent at his beloved cabin at Cypress Hills, he loved to travel - enjoying trips to Australia, Singapore, Hawaii, every Canadian province and many of the states south of the border. We will never forget the legendary four family road trips to Disneyland, each day wrapping up with a jubilant Orville stating “By God, we made good time today kids!”.  We sure will miss him. We're not alone in that.  Orville is survived by Darlene, his wife of 61 years, his sister Ethel Stewart, brother Vernon Horn, daughters Deidre and Danica, son-in-law Yves Choiniere, grandsons Ian and Andrew Choiniere, sisters-in-law Joan Hawkins and Kathy (Ron) Graber and his nieces and nephews. He is pre-deceased by his parents, Kristian and Louise, brother Tony, parents-in-law Ted and Pearl Taylor, son-in-law John Mansell, sisters-in-law, Joyce Horn, Flora (Mike) Guidos and Lillian (Leiffur) Johnson, and brothers-in-law, Howard Stewart and Geoff Hawkins.  At Orville's request, there will be no funeral. We ask that you remember him with an act of kindness. Or just pick up the tab. Orville’s ability to finagle a restaurant bill was legendary.  Should you choose to make a donation in his memory, please direct it to the excellent Gull Lake Ambulance Service.

To plant a beautiful memorial tree in memory of Orville Horn, please visit our Tree Store

Share Your Memory of
Orville
Upload Your Memory View All Memories
Be the first to upload a memory!
Share A Memory
Plant a Tree