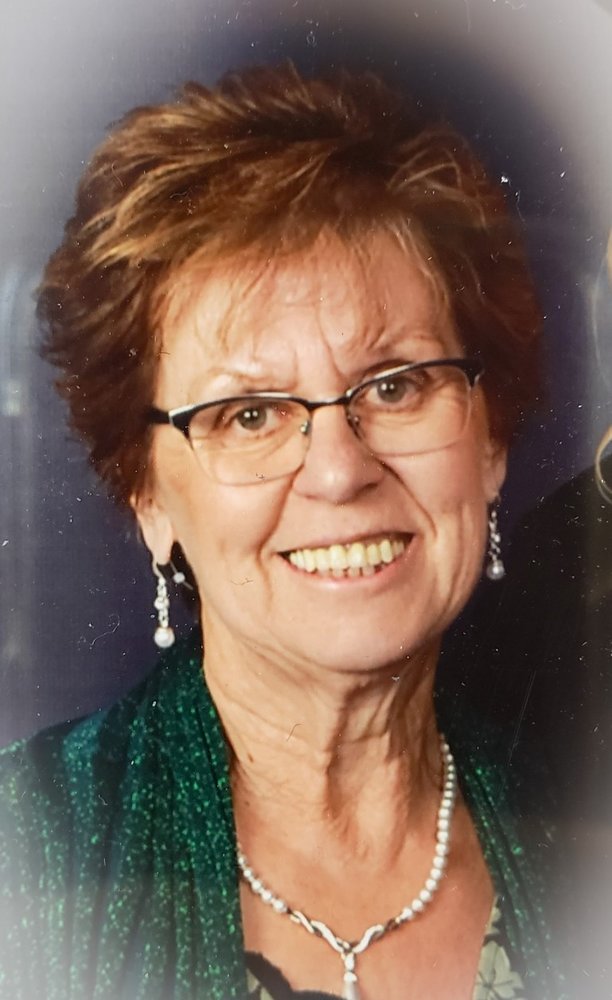 NEWMAN – Marie “Claudette” (nee Robichaud) was born in Eastend, Sask. on Oct. 09, 1950 to Joseph and Rose Robichaud. She was sent to heaven with her wings, surrounded by her family at home on Oct. 28, 2018.  Claudette was raised on the bench North of Eastend, and attended the antelope lake school ‘house’, and later attended Eastend School.  She fell in love and married her best friend and partner for life, Bill Newman on Oct. 15, 1966. This was a courtship of love only dreamt of by many. Shortly after their wedding, Bill built their first home on a piece of land they had purchased. This house was later moved to a lot in Lac Pelletier, which was and still will be used by her family every summer.  They later bought Casey Devine’s farm only a few miles from where she grew up, and called this home from 1971- 2010. In 1986 Bill built Claudette her dream home, which they later moved and still live in to this day.  Together they welcomed four children into their lives, Billy Joe in 1967 (Died in infancy), Wendy in 1968, Jody in 1972, and Lee-Anne in 1974. They also had 3 foster boys they loved as their own.  Danny Brown, Ken Dennis and Randy Buck. They were blessed with four grandchildren, Brittany, Kayden, Rayleigh and Brooklyn and later great-grandbabies Birkleigh, Blakely and number 3 due in April. She held Jody’s wife Heather near and dear to her heart and thought of her as her own daughter. Aside from her family they were “Ma and Pa” to many.  In 1974, they decided to become dairy farmers. They built it into a very successful business, which they as a family worked tirelessly at and continued on until 1996.  Claudette was an amazing cook; her and her daughter Lee-Anne started a very successful catering business in 1998. The company just celebrated its 20th year anniversary and is currently run by the third generation.  In 2010, they sold the farm on the bench and purchased a bare chunk of land South of Swift Current. They moved their dream home as well as hundreds of trees from the farm on the bench to the new property in Swift Current. Soon after they built a beautiful shop, finished the new basement and laid thousands of brick for their beautiful walkways, flowerbeds and fire pit in their courtyard just the way she had envisioned. Every ounce of the work was done by her and Bill’s bare hands, side by side from the very beginning up until 4 weeks before she was called home to heaven. Claudette loved the sun, her and Bill spent many years traveling south in the winter before purchasing their beautiful vacation home in Yuma, Arizona.  This was and will continue to be a place for them and their family to go visit, relax and soak up the sun.  Despite her hectic schedule, she always made time for her family and friends.  Her grandkids spent countless hours at her house and got spoiled with endless love. She was the most compassionate and caring wife, mother, grandmother, great grandmother and best friend/mentor any one could ask for.  She will be sadly missed and lovingly remembered by her family and all who were lucky to share in her life.  No formal service will be held as per her request.

To plant a beautiful memorial tree in memory of Marie Newman, please visit our Tree Store

Share Your Memory of
Marie
Upload Your Memory View All Memories
Be the first to upload a memory!
Share A Memory
Plant a Tree